There was one restaurant I was really craving to have when I went home to see my parents.  I wanted to go to Hot Pot City!  My mom thought it would be a good place to eat on New Year's Day.

On New Year's Eve, we had plans to try the grand opening of this new buffet, Kome.  While a lot of my family members have gotten sick of chinese buffets, this one advertised to be different.  It was supposed to have different desserts, a Hong Kong noodle station, and some other interesting features not found at other buffets.  For the grand opening, they have 20% for the month.  Kome is pretty far from my house.  About 40 minutes.  But we decided to make the drive.  However, once we got there, we realized everyone else had the same idea! The line was so ridiculously long, at first when we approached I thought people were lined up to see a movie premier.  But no, they were lined up outside Kome! The wait was 2 hours!!  We might have waited, except we were afraid there would be no food left by the time we got in.  Afterwards, I found out that almost every day of the last few weeks the line has been out the door with 1.5 to 2 hours wait.  I've never seen a buffet so popular.. 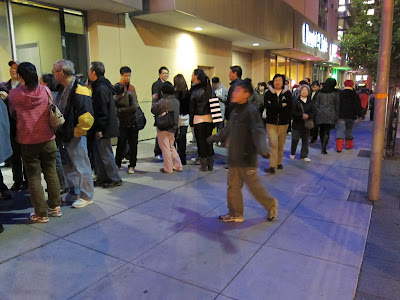 Since we didn't have a backup plan, we had to think fast.  My mom remembered that there is Hot Pot City in San Francisco, and we were about 10 minutes away.  So we went there.

For a set price (around $15), you have a buffet set-up of raw food for hot pot or for a grill.  Each table comes with a pot and grill surrounding the pot. 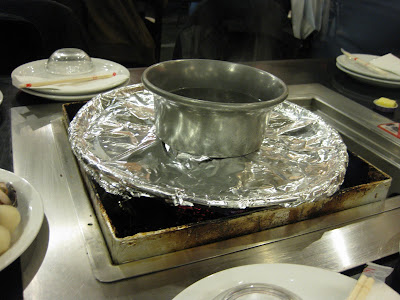 The food at Hot Pot City SF tasted fine, I just wish they had more items like Hot Pot City Milpitas.  SF is also a lot smaller location, though I think the staff was friendlier.

Here are some pictures of the food we got: 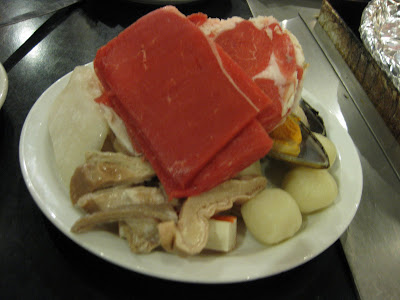 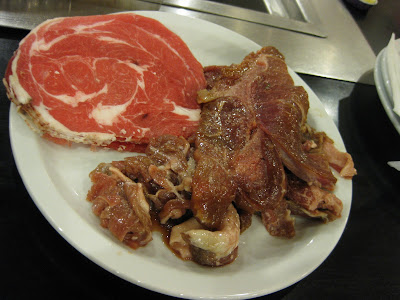 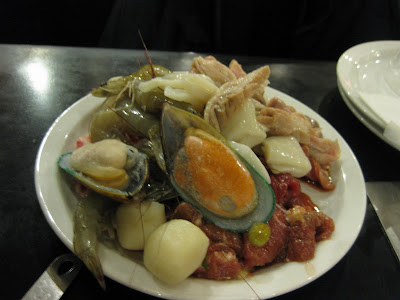 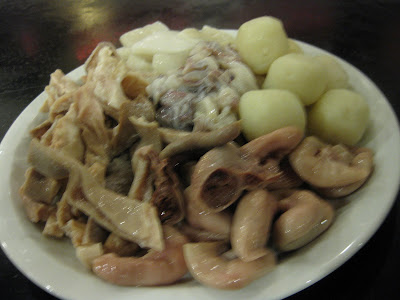 They also have a section of different things to make your own dipping sauce: garlic, soy sauce, sugar, satay sauce, onions, etc. 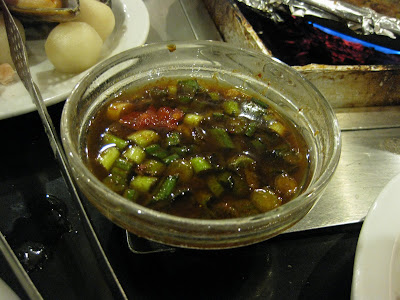 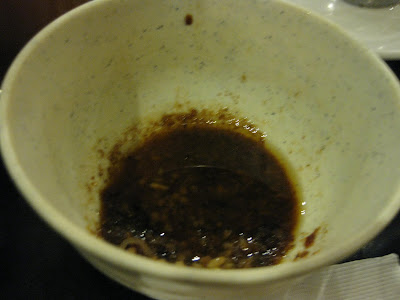 Both locations have a soda fountain of free drinks and milk tea with pearls.  For dessert, there is also shaved ice and various toppings like red bean, green bean, peanuts, jellies, tapioca balls. 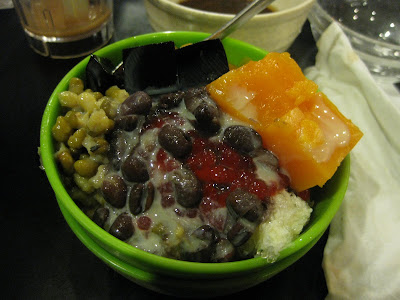 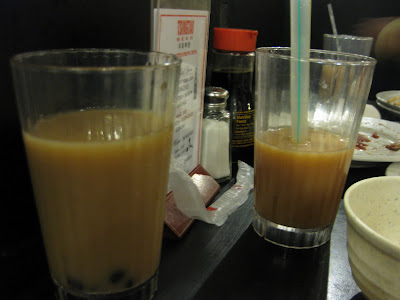 Now they need to open a buffet-style hot pot place in San Diego! I know several chinese restaurant in SD offer hot pot and all-you-can-eat, but the waiters bring you each plate of food as opposed to you getting your own.  Service always seems to be so bad when you are asking them to bring you more food at these places.