Bubble potato chips have a unique shape and are a popular and fun snack. The potatoes puff up when fried and are completely hollow inside, much like a bubble. They come out super crispy and tasty. They are also just 3 ingredients and easy to make at home. 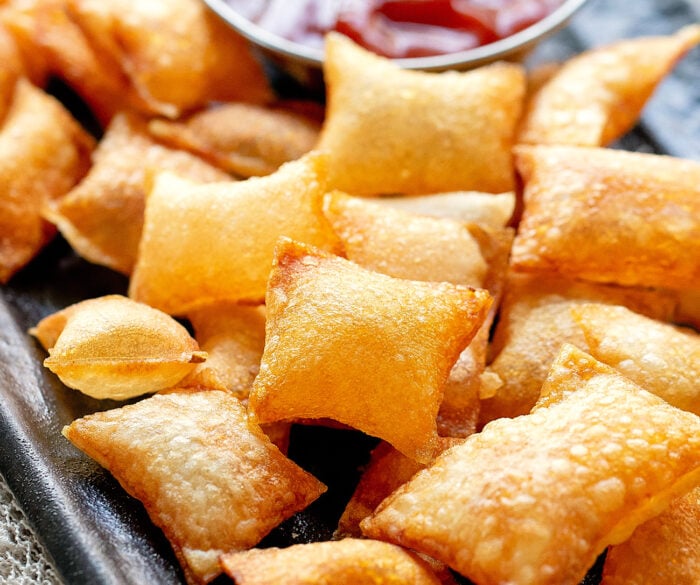 Have you tried bubble potato chips? They have been trending this summer and I was immediately intrigued by their fun puffy shape. After doing some research, I decided to try them out. They were a lot of fun to make and eat. I’m sharing a lot of step by step photos and instructions in this post so that hopefully you can get them right on the first try.

Bubble potato chips or bubble potatoes are a new trendy snack. I’m not sure where they originated from but they seem to be particularly popular in Asia. The chips are puffy and completely hollow in the middle. They are also super crispy, for those who like extra crispy chips. 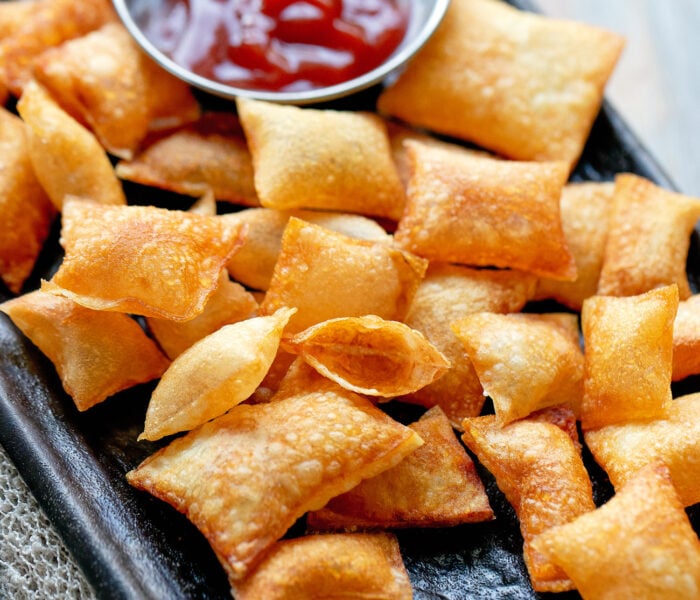 From my research, there are three main versions of bubble potato chips. The version I’m sharing today is the easiest of the three and requires the least amount of ingredients.

This is the version I’m sharing today. These chips are made using thinly sliced raw potatoes. They usually are cut into rectangles and when they puff up they become pillow-shaped. The reasons I was drawn to this recipe are:

These bubble chips are usually shaped like little balls, so they really do look like bubbles. Of the three versions, I think this version looks the best but it is a little time-consuming. You need to peel the potatoes, cook them and then mash them. This version requires several more ingredients, including rice flour to help achieve the crispy texture, which I know is not a common staple for many households. This version also adds sugar which gives these chips a sweet and salty flavor. I personally prefer them without the sugar.

A third version I came across is almost identical to the round balls, except that instead of shaping them into balls, the dough is given ridges and has a more cylinder shape (similar to gnocchi).

How to Make Bubble Potato Chips

Can these be Baked in the Oven or Cooked in the Air Fryer?

Unfortunately, I have not been able to successfully bake or air fry these. The chips rely heavily on the hot oil to puff up. When I tried making these in the air fryer and oven, they turned into crispy chips but they remained flat and never puffed up. 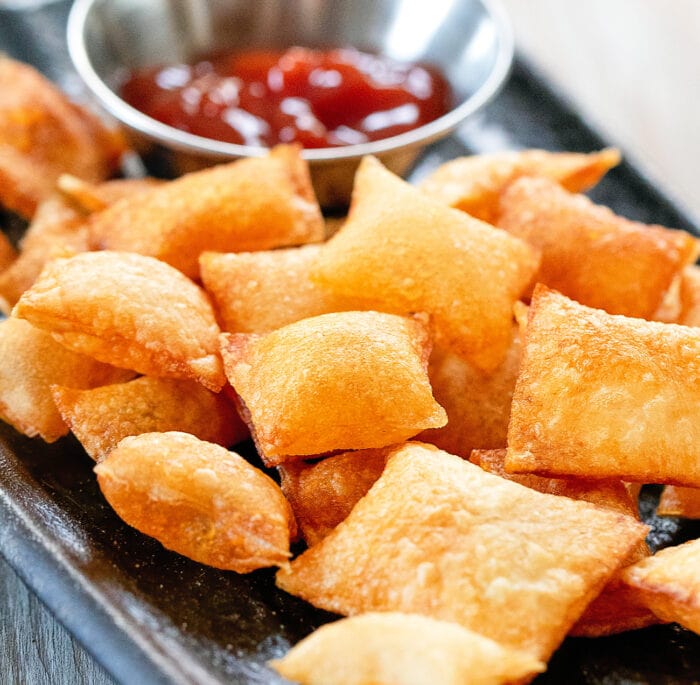 Did you make this recipe?I'd love to see it! Mention @KirbieCravings and tag #kirbiecravings!
Posted in: 4 Ingredients or Less, Appetizers & Side Dishes, Recipes, Snacks
23 Comments // Leave a Comment »