by Kirbie
12986shares
Jump to Recipe

This roasted potato dish is a unique side dish to serve. It’s an easier version of fondant potatoes. The potatoes are crispy on the outside, with a tender interior that almost melts in your mouth. 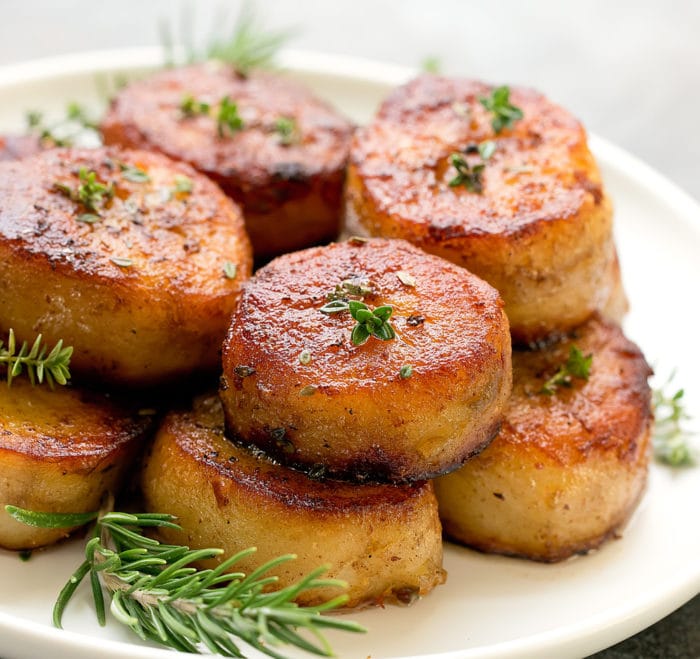 I’m always looking for new and fun side dishes to serve. For Thanksgiving last year, I made Crispy Parmesan Potato Stacks.

What are Melting Potatoes

Potatoes are sliced thinner (1-inch thick), crisped on the ends and then roasted in the oven. The end result are potatoes that are crispy on the outside with a melty, tender interior. 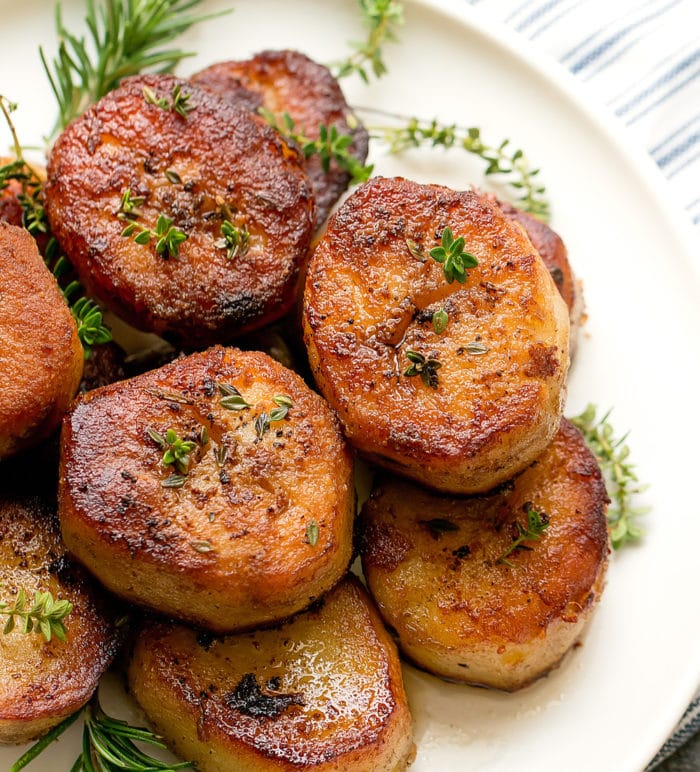 How to Make Melting Potatoes 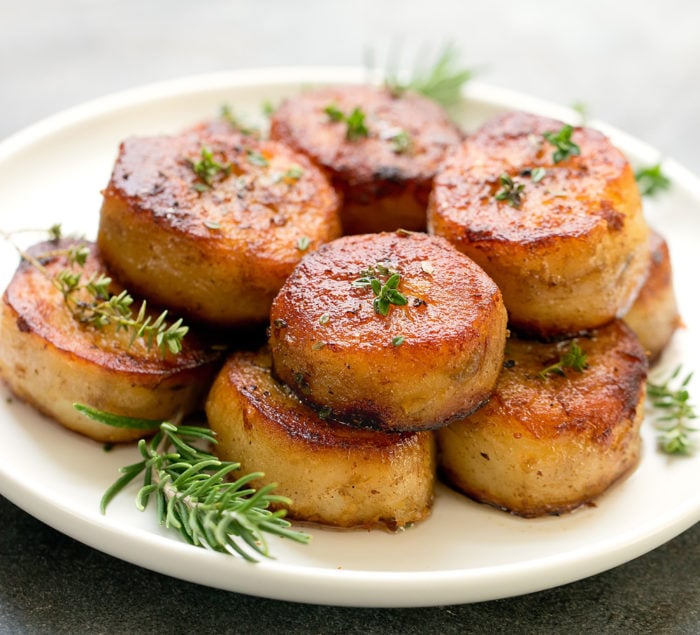 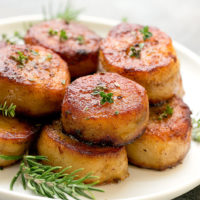 Servings: 6
Prep Time: 10 minutes
Cook Time: 40 minutes
Total Time: 50 minutes
Course: Side Dish
Cuisine: American, French
An easy and unique potato side dish to serve. The potatoes are crispy on the outside and tender and melty on the inside.
5 from 4 votes
Print Pin Rate

Did you make this recipe?I'd love to see it! Mention @KirbieCravings and tag #kirbiecravings!
12986shares
Posted in: Appetizers & Side Dishes
21 Comments // Leave a Comment »