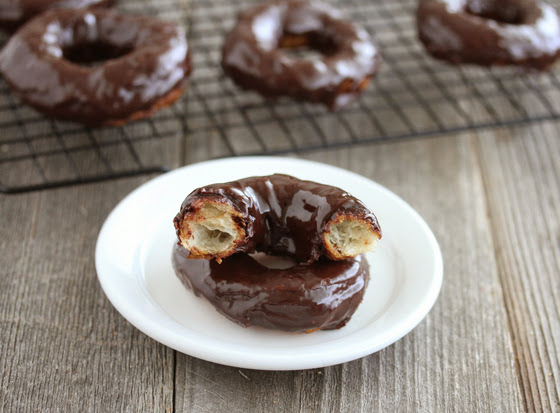 One of the current buzzy items in the food world are cronuts. It’s a cross between a donut and a croissant and was first introduced by Ansel Bakery in New York City, where they are in extremely high demand. You can read more about the craze here.

I’ve been hoping a bakery closer to San Diego might start selling them, but the other day I realized that until that happens, I could attempt to make my own. I wasn’t the only one with this great idea. Fellow San Diego blogger Mary was experimenting with them last week too! 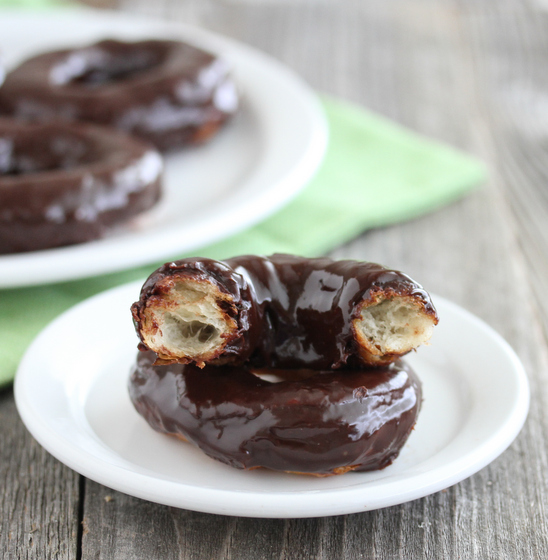 I researched as much as I could on the cronut. It’s made of croissant dough and deep fried like a donut. Pastry cream is inserted into the middle of the croissant layers and then it is topped off with sugar and glaze. 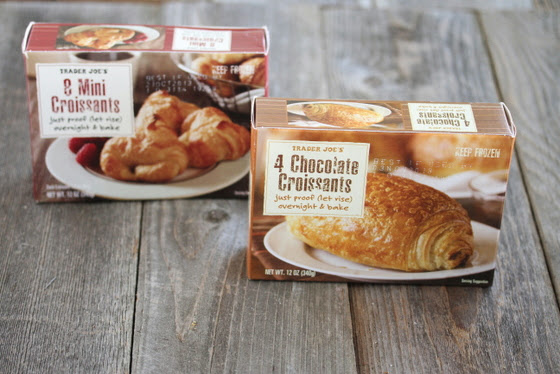 I’ve actually never attempted to make my own croissants before so I decided to use some frozen ones to make the recipe testing faster. The only premade frozen croissants I know of are the ones at Trader Joe. I chose to experiment with both their mini ones and the chocolate ones. You do need to defrost and proof the dough for about 9 hours, so remember to set it up the night before. 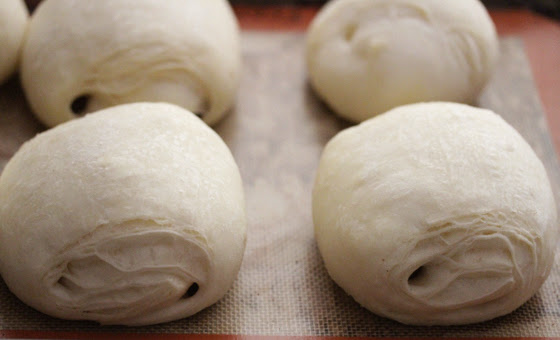 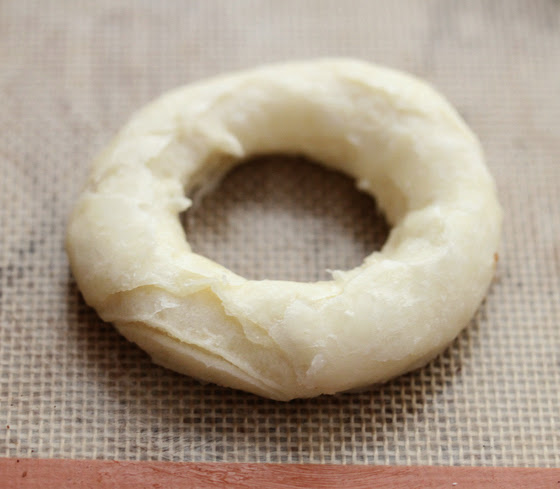 One mistake I made was using my donut pastry cutter instead of using a cup and something small to cut a hole in the middle. The donut cutter flattened the pastry dough and it never quite rose back up. I should have used a glass to cut the ring which wouldn’t have squished down the dough and then used a cookie cutter for the middle hole. As a result, my cronuts weren’t nearly as tall as the cronuts from Ansel Bakery.

These were still pretty tasty, but I imagine the ones at Ansel Bakery are a million times better. They probably have a great croissant recipe as the base. These basically taste like flaky croissants that are deep fried instead of baked. They are crunchy and flaky and sweet from the glaze. I dipped them in chocolate glaze. I decided to forgo the pastry cream because my cronuts were so short.

I’m still hoping other bakeries start offering some cronuts, but until then, you can try experimenting in your own home. 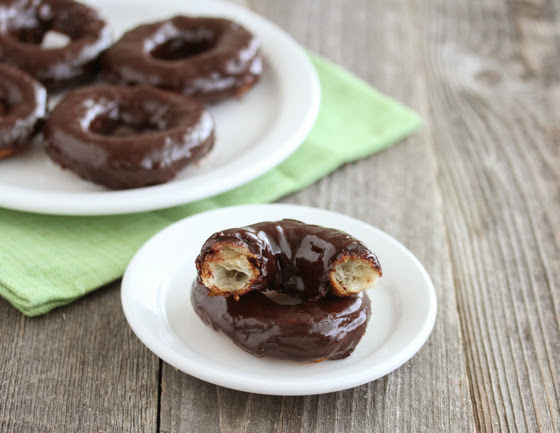 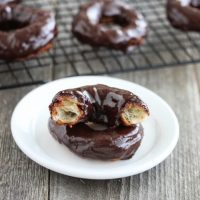 Prep Time: 15 minutes
Cook Time: 15 minutes
Total Time: 30 minutes
Course: Breakfast
Cuisine: American
Cronuts, first introduced by Ansel Bakery in New York City, are a cross between a donut and a croissant. This is my homemade version which is a fun baking project.
Print Pin Rate

Did you make this recipe?I'd love to see it! Mention @KirbieCravings and tag #kirbiecravings!
Posted in: Donuts, Recipes
14 Comments // Leave a Comment »

« Previous PostEmbassy Suites: the good, the bad, and the dirty
Next Post » Ariccia Italian Market