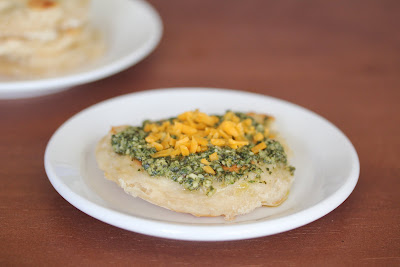 I was introduced to crumpets on my trip to Seattle when I visited The Crumpet Shop.  BF and I completely fell in love with these crumpets, a taste which I would describe as being a cross between an English muffin and pancakes.  The fluffy, chewy English treats can be eaten sweet with some homemade jam or honey.  They can also be eaten savory with something like pesto or eggs. 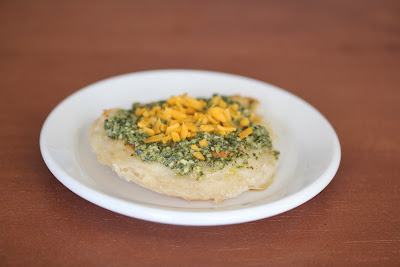 Since coming back from Seattle, I’ve been wanting to recreate our crumpet experience. I purchased some crumpet molds

. I found a few crumpet recipes, all claiming to be quite easy. Of course once I saw yeast in the ingredient list, I was a bit worried. 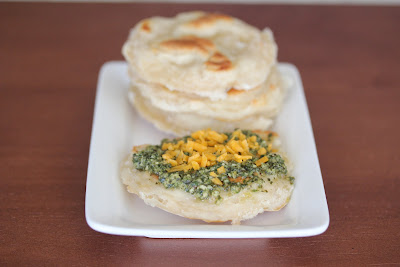 I chose a recipe I found on Test with Skewer. She posted two recipes, but I chose the chewy one because that was the texture I was looking for. My first attempt ended up being a complete disaster.  I don’t think it is the recipe, but rather my own personal issues with working with yeast. After letting the dough sit, it became very thick and sticky, like bread dough. I think the dough was supposed to be more liquid like pancake batter, but mine wasn’t. The sticky dough was really hard to put into my crumpet molds.

Once put in, the dough simply would not cook. Only the bottom of the crumpets cooked, but I couldn’t get the middle to cook. I had to slice each in half and cook both sides. They ended up tasty crispy and not at all fluffy and chewy. They were edible, but they tasted more like toasted english muffins rather than crumpets. 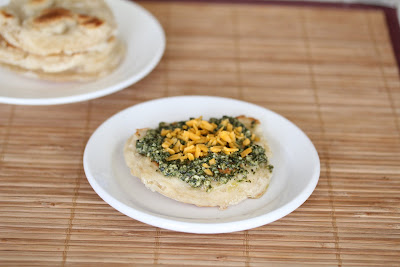 I’m not quite sure where I went wrong, I’ll have to try this again. Advice anyone?

Recipe found on Test with Skewer, who adapted from a recipe by Dead Man Espresso Café, published in September 2010 issue of Delicious magazine 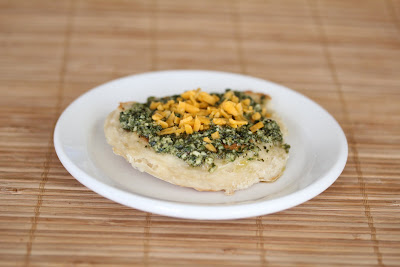