French toast is dipped in an egg custard batter and then covered in panko bread crumbs, giving it a super crunchy finish. This crunchy French toast is great for a special weekend breakfast or brunch. 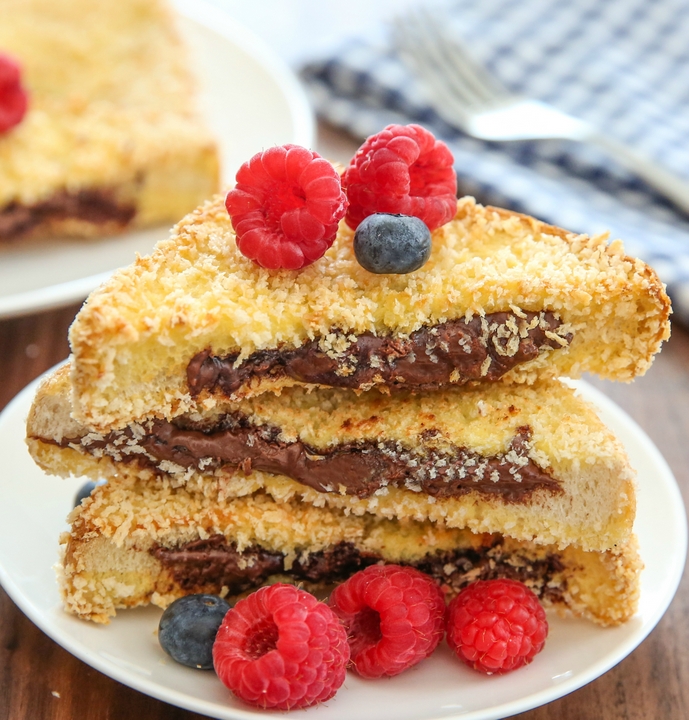 This crunchy French toast is a new creation that is, once again, brought to you by my brother. 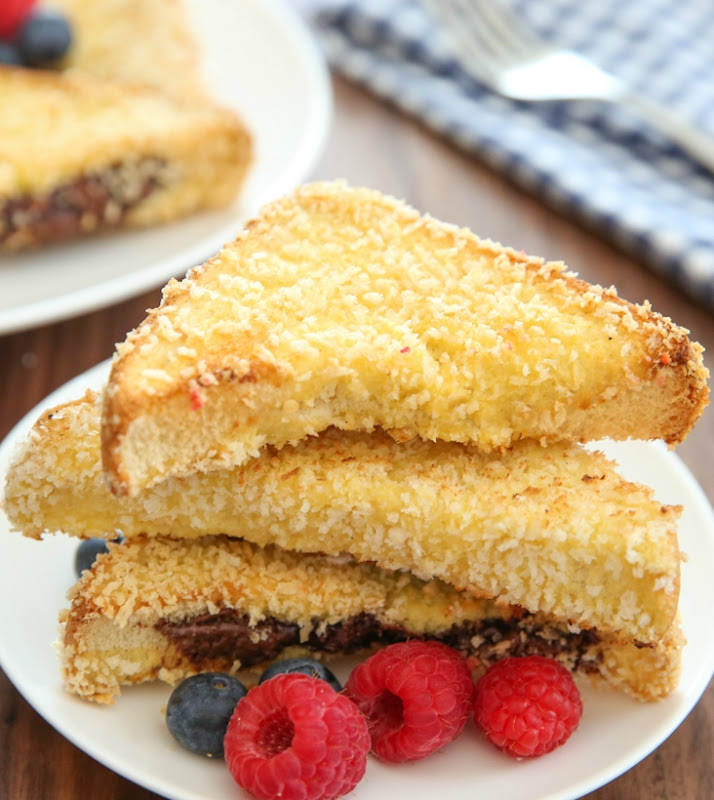 I’ve never had the ones from Blu Jam Cafe, but it’s basically French toast covered in crushed corn flakes, which actually was my initial thought of how to cover the French toast.

However, I liked my brother’s idea of panko crumbs even better. I’ve made cornflake-crusted chicken before and the crushed cornflakes crust just isn’t as pretty and doesn’t stick on as well. The panko crumbs perfectly covered the French toast slices and cooked very evenly. 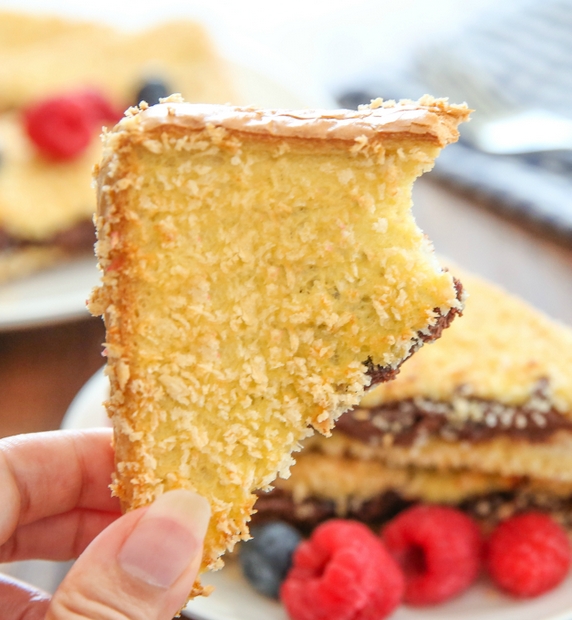 I used Texas-style toast as my base, and I couldn’t help myself. I felt compelled to stuff it with something. So, I stuffed in some Nutella. You can also do chocolate spread, cookie butter spread, jam, fruit, etc. Or don’t stuff them at all. 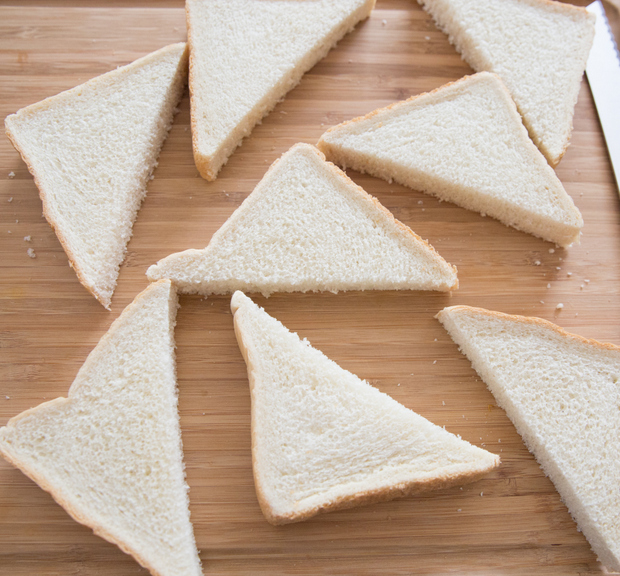 Whisk the eggs, heavy cream and honey in a shallow bowl. Place the panko in a separate shallow dish or bowl.

If you are stuffing your toast, carefully make an incision along the longest side of your triangle. Use a spatula to spread some Nutella inside. Repeat with all of the slices of bread. You don’t need to stuff it, you can keep the bread slices plain.

Serve the crunchy French toast with fresh berries or other fruit and maple syrup. Much like my Baked Churros, I found that baking the French toast in the oven is better than cooking it on the stove in a skillet. I think baking keeps the coating crunchier longer. It also makes it easy to make French toast for a crowd.

It’s important to use thick slices of bread especially if you are stuffing it. Even if you aren’t, thick slices hold up better with the crunchy coating.

You can add ground cinnamon to the egg mixture or add a teaspoon of vanilla for extra flavor.

This French toast recipe came out so tasty. Instead of eating them with a fork and knife, we just picked up a piece, dipped in syrup and munched on them. 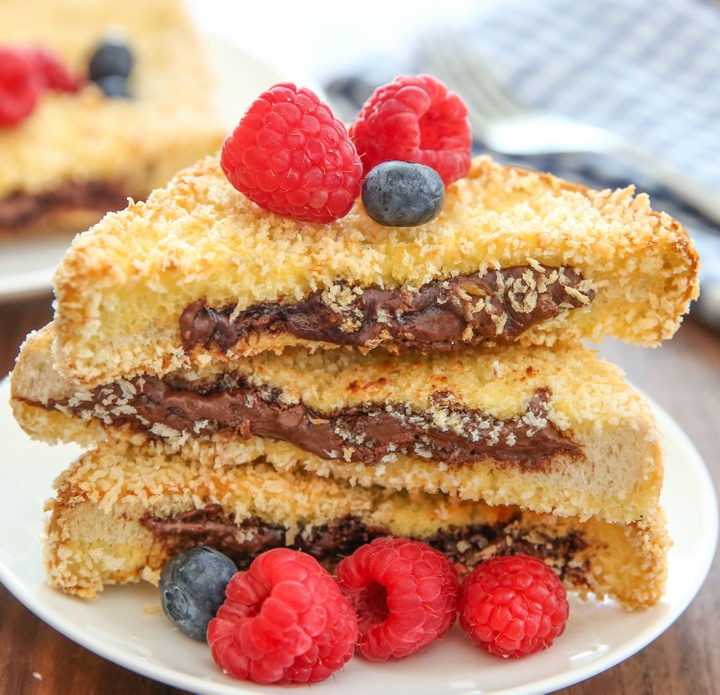 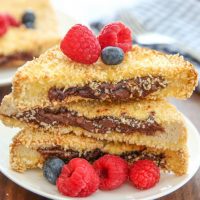 Did you make this recipe?I'd love to see it! Mention @KirbieCravings and tag #kirbiecravings!
Posted in: Breakfast foods, Recipes
8 Comments // Leave a Comment »