We recently had a quick dinner at Deli Sushi & Desserts.

The new eatery is located near office buildings in Mira Mesa, making it a little difficult to find. A banner in front of the place let us know we were at the right spot. 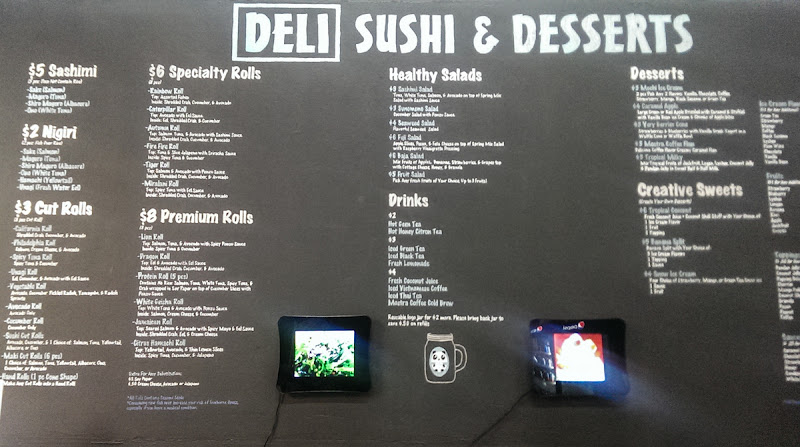 The menu offers a variety of sushi rolls, salads and dessert. Sushi rolls range from $2-8, which seemed pretty cheap. 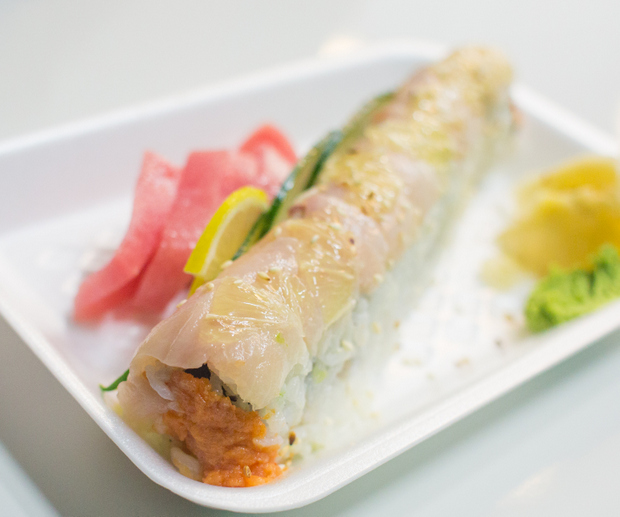 Since this was a premium roll, I was expecting more fish. The hamachi was so thinly sliced that I could barely taste it, especially after it was dressed with lemon juice. 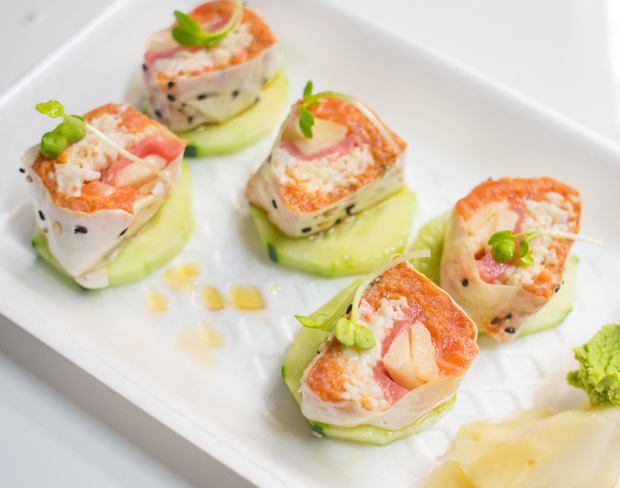 I don’t particularly care for sushi rice, so this protein roll with no rice really appealed to me. It was a tasty combination of salmon and spicy tuna, though I did think that 5 pieces for $8 was a little expensive. 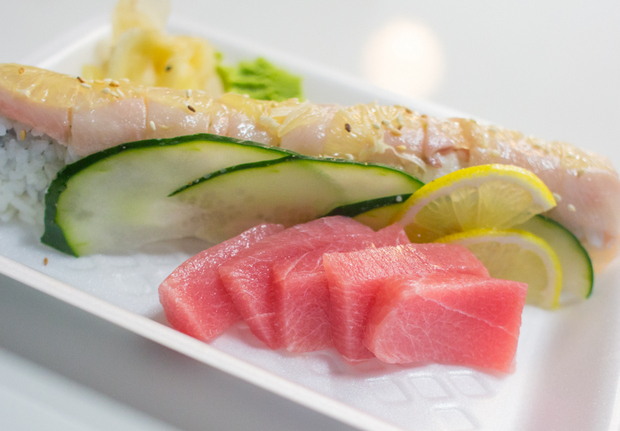 Finally, we decided to get some tuna sashimi since it was only $5. Unfortunately, this was almost inedible. It was weirdly crunchy and tough to chew.

We originally had planned on getting dessert because I saw snow ice on their menu, but we opted to skip it after the sashimi.

Overall, we were a bit disappointed with this place. The staff and owner seemed really nice and I think the menu prices are appealing, especially to those who work close to the restaurant. This might be an okay place for a quick lunch, but I thought the premium rolls weren’t big enough and the sashimi was not pleasant. If you do decide to eat here, you can get a free soda if you check-in on yelp.