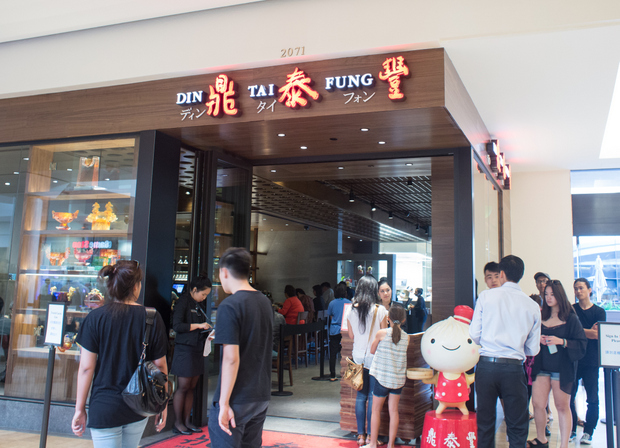 We visited the Din Tin Fung that opened in South Coast Plaza when they first opened and have made a few return trips since then, including our most recent one where we did a post Lunar New Year’s dinner.

For those unfamiliar, Din Tai Fung is a popular dumpling chain originally from Taiwan. They have locations all over Asia and a few in the US. They are most famous for their Xiao Long Bao, which are little delicate dumplings traditionally filled with pork and soup, though the restaurant offers many dishes beyond just dumplings. 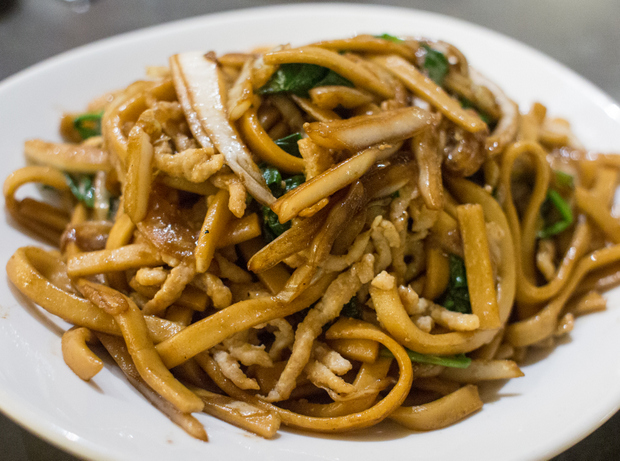 While perusing yelp, I kept seeing photos of the fried noodles dish, something we haven’t tried before. We decided to order it to see if we were missing out. I thought that the dish tasted overwhelmingly of soy sauce. We were both pretty disappointed with this, as it’s something I can make at home and I prefer my own version. 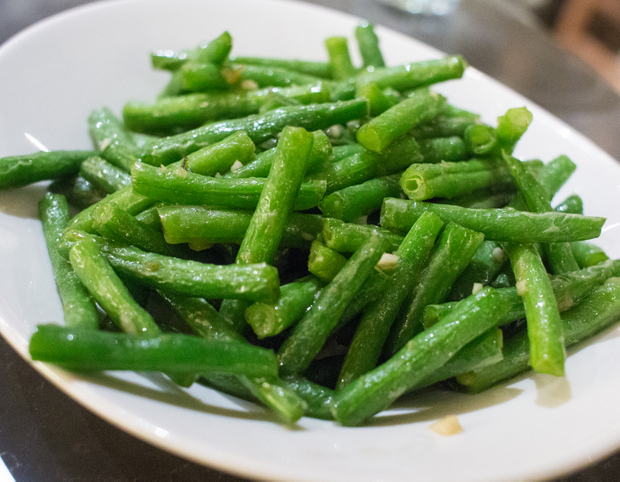 This preparation for green beans is fast becoming one of my favorites and we almost always order it when we see it on a menu. The beans are crisp and seasoned with a healthy dose of chopped garlic. We had no problems polishing off the entire plate. 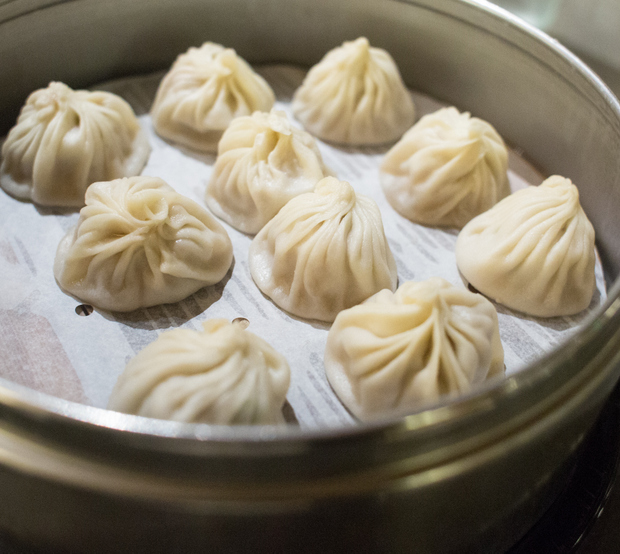 One of the things that makes Din Tai Fung’s XLB so famous is their quality control. Each dumpling is precisely weighed and contains exactly 18 folds. The skin is amazingly thin, yet with enough elasticity to not break easily. If you’ve had XLB at other Chinese restaurants, you’ll notice that the skins are almost always thicker and many of them break open from the soup filling. I’ve tried a few dozen different XLB from various restaurants over the years, and while some places may be slightly more flavorful, I’ve never found ones who make their dumplings skins anywhere close to the ones at Din Tai Fung.

While I found that the original two US locations of DTF (both in Arcadia), maintain the same quality and taste of the DTF dumplings I’ve had in Taiwan, the newest two in Southern California have suffered a little in quality. As you can see from the photo above, not every dumpling looks the same. Two were actually stuck together and the skin broke open when we tried to take them apart, which is something I never experienced when eating at the Taiwan and Arcadia locations. 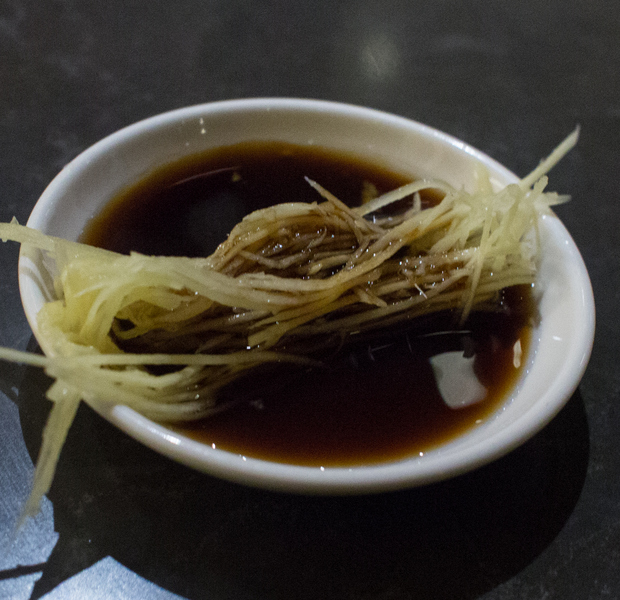 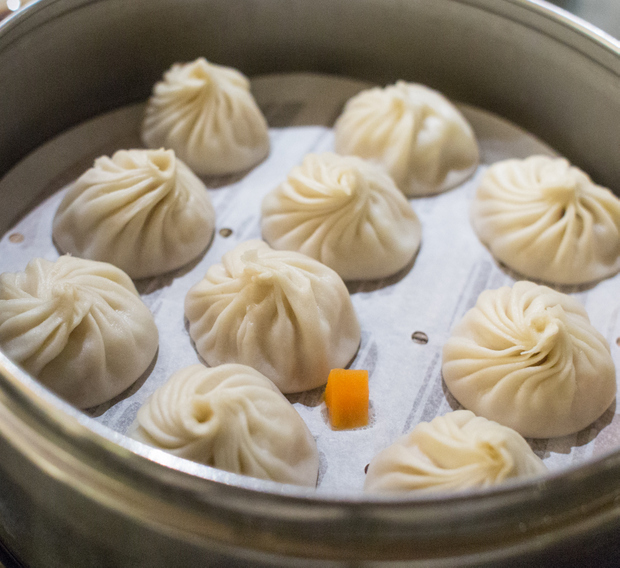 The little piece of carrot denotes that this was the seafood variation one we ordered. If you order multiple XLB, they are very good about pacing them out, so that the next batch isn’t cooked and doesn’t arrive until you finish your previous one. This helps ensure that your dumplings always arrive piping hot, which is when they most enjoyable. 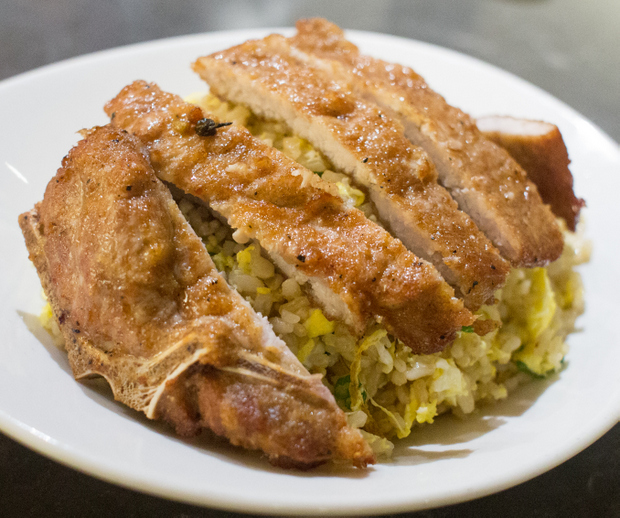 This is always something we order. We like the lean cut of pork chop. The fried rice, while nothing particularly special, is something we really enjoy. They have a white or brown rice version (for $1 extra) and I usually order the brown rice one.

Overall, we had a good meal here. I do think that the quality at this one isn’t as consistent compared to the Arcadia locations, but this one is closer to San Diego and it’s brand new and shiny inside. I also am annoyed by their wait times. While they have a good system of texting you when your table is close to ready, I’ve found that they always severely underestimate the wait time. The last few times we went, they told us the wait would be about 30 minutes and we waited over an hour. I don’t mind going shopping or doing other things during the wait–I just wish they were more accurate so I could plan accordingly.

You can read my original post which also has pictures of the menu here.