I recently went to Disney World to attend the Food Blog Forum conference. I don’t usually attend many conferences out of state because the travel can be quite costly. However, this one took place in Disney World, making it a perfect excuse for a mini vacation. Also, the line-up of speakers was incredible, with some of the best food bloggers in the industry there to teach and share their wealth of knowledge. (I’ll discuss the conference itself in a future post).

What was especially great about this conference was that I could pay for the family rate and bring my family along. So while I was busy at the conference, my family was able to play at Disney World.

I had one full day to play and of course, I was most interested in the food! I did quite a bit of research and we tried to hit up as many spots as possible at the four different parks. 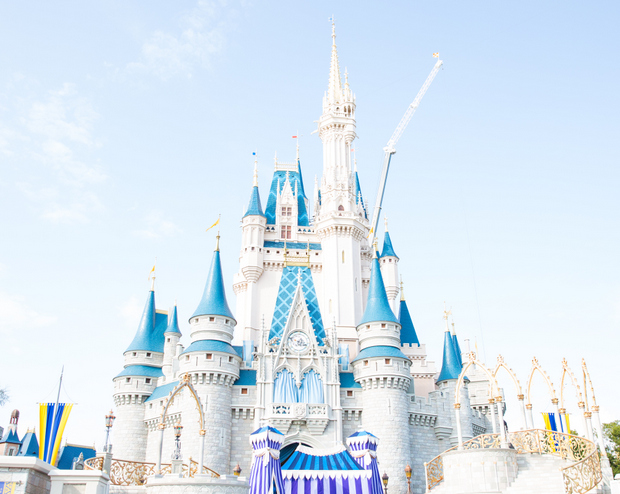 This epic-sized pork shank was about the size of a turkey leg. I love the crispy skin and the tender, well-seasoned meat. This was probably my favorite bite from our eating adventure. 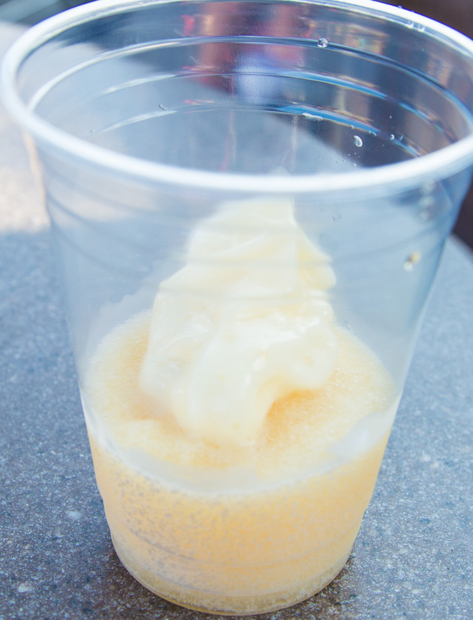 One of the other signature items from this spot is a non-alcoholic brew, consisting of frozen apple juice and marshmallow topping. We didn’t feel up to drinking a full one, but the cafe was nice enough to give us a generous sample.

We’ve had dole whip in San Diego, but I’ve never actually had it at Disneyland or Disney World. It was extremely hot on this day, so we were really in the mood for something cold and refreshing. You have three different flavors of soft serve to choose from: vanilla, orange or pineapple. And you can get it by itself or in a float, where it’s combined with pineapple juice. 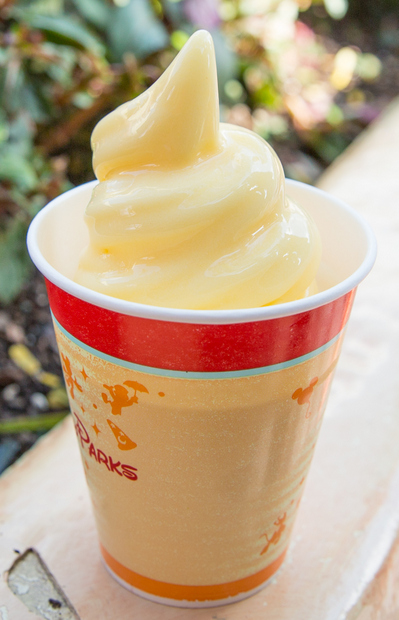 We started with the classic pineapple dole whip. It was so hot that it began to immediately melt. This was quite tasty though, with a more concentrated flavor of pineapple than the version I’ve had in San Diego. 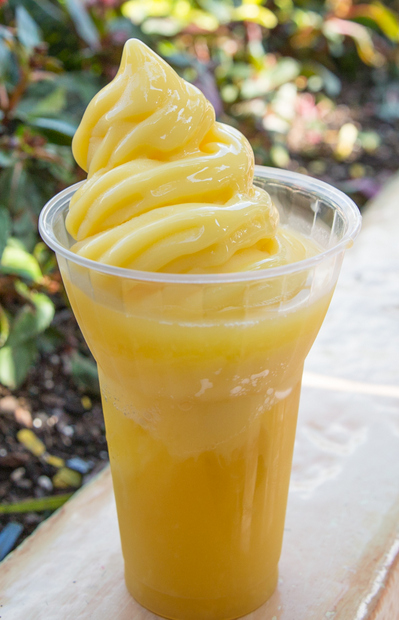 The juice seemed to keep the soft serve frozen longer and I liked the extra dose of pineapple flavor. Of course, right after we got this, we were curious about the other flavors.

So we came back later that night and got the orange and pineapple swirl. We weren’t a fan of this one because the orange overwhelmed the pineapple flavor. 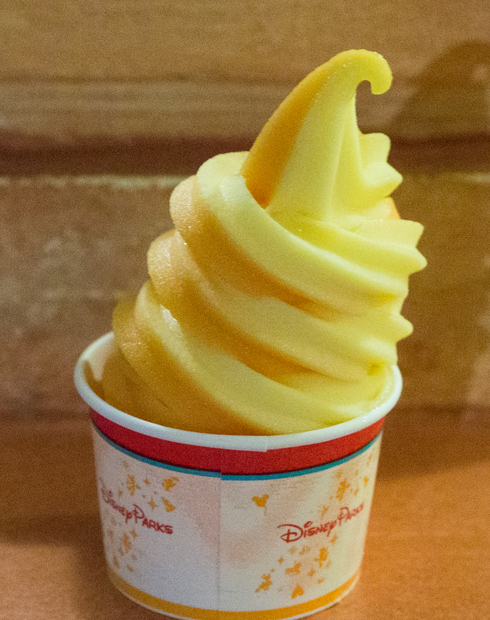 We also got a vanilla pineapple float. 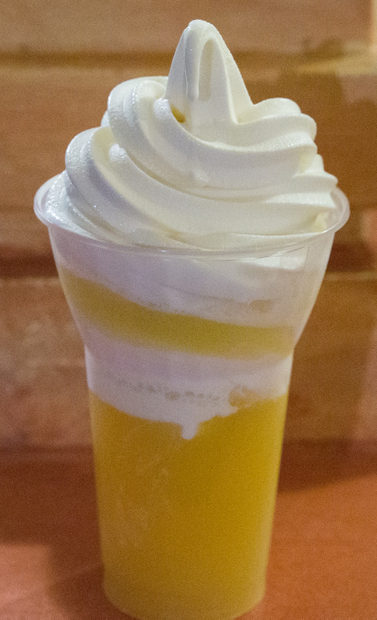 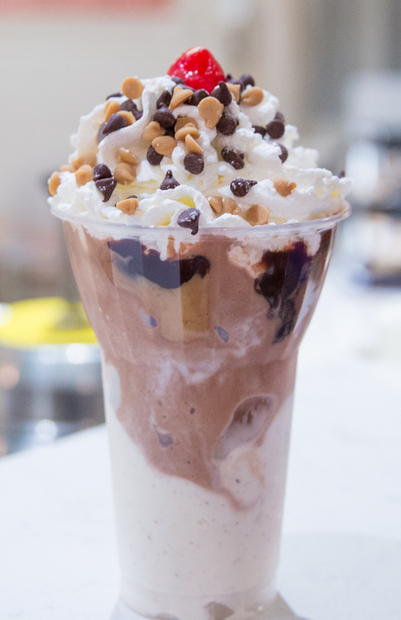 Old-fashioned Vanilla and Chocolate Ice Cream with Hot Fudge, Peanut Butter Drizzle, Whipped Cream, and a Cherry. I wish there was more ice cream, as I mainly tasted peanut butter and whipped cream. 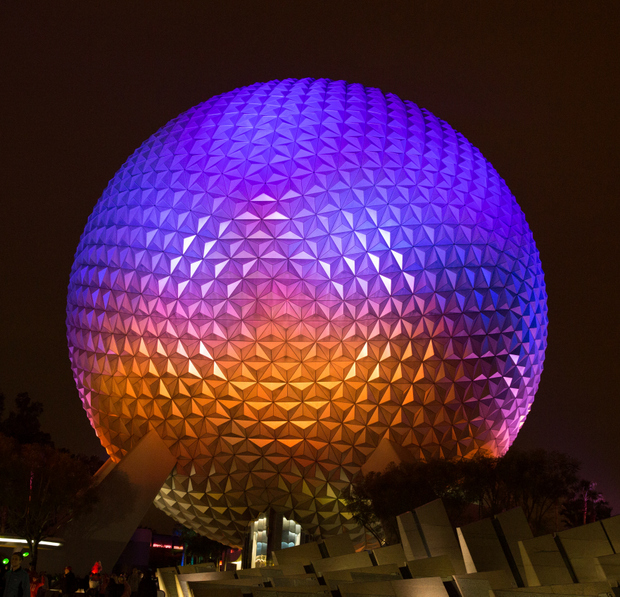 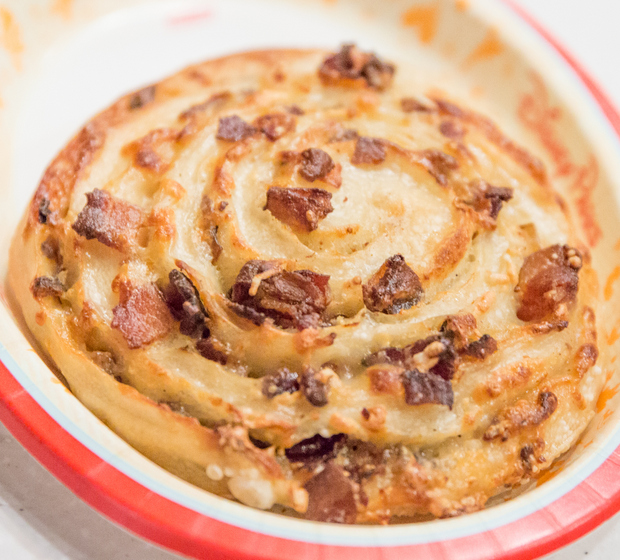 At Epcot, we stopped in at this French bakery. While they had a lot of beautiful desserts, I opted to try something savory. This was like a savory cinnamon roll, with layers of cheese and bacon. The bread was soft and fluffy and it was quite satisfying. 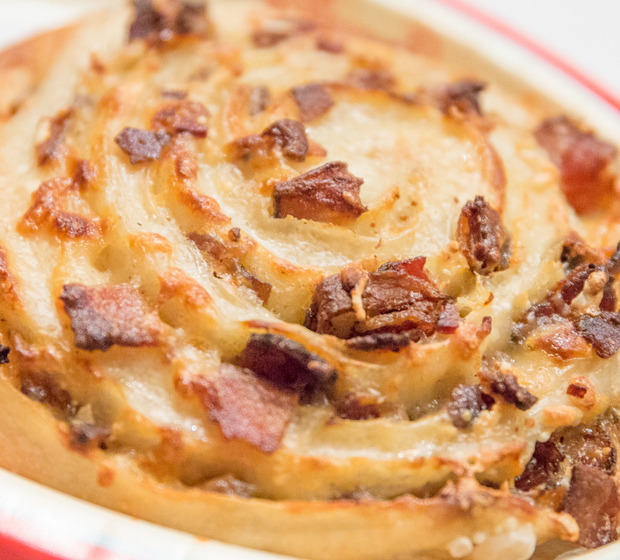 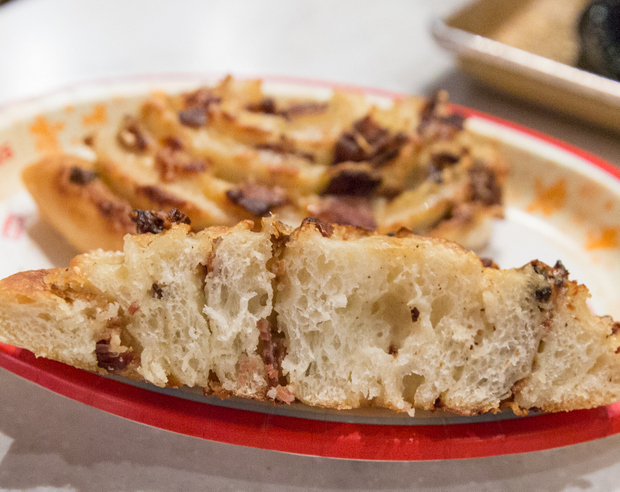 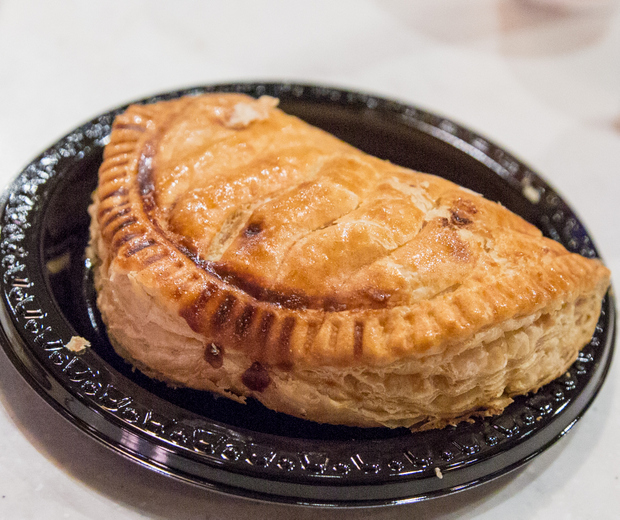 I took a picture of this but didn’t actually try it.

I had also planned on trying the macaron ice cream sandwiches also located in Epcot, but we ran out of time. 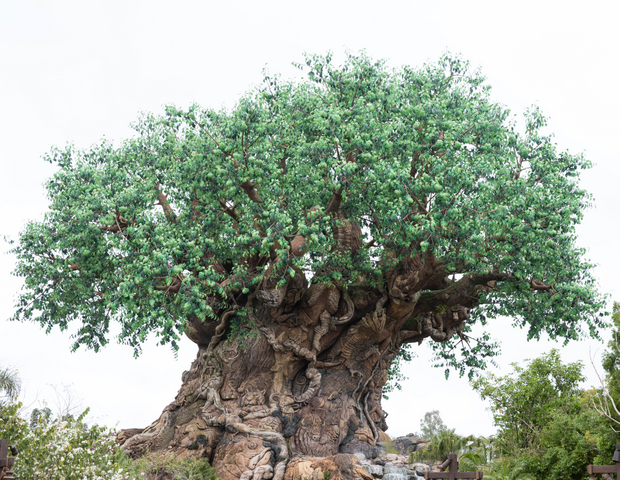 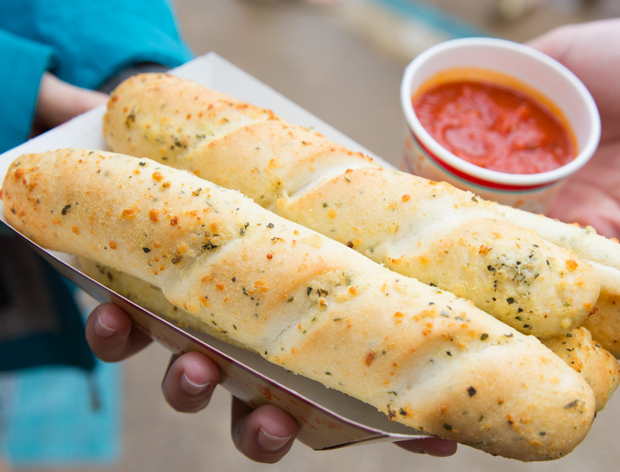 The kids really wanted to get the breadsticks here, which are served with marinara sauce. They were pretty good breadsticks but I wouldn’t come to the park especially for them. 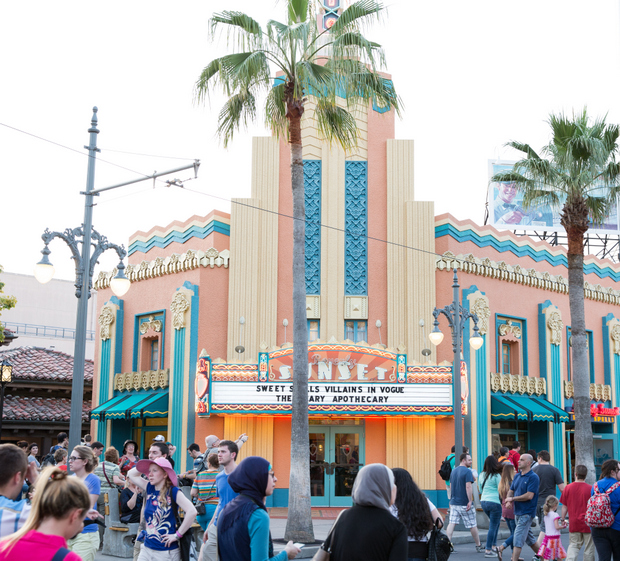 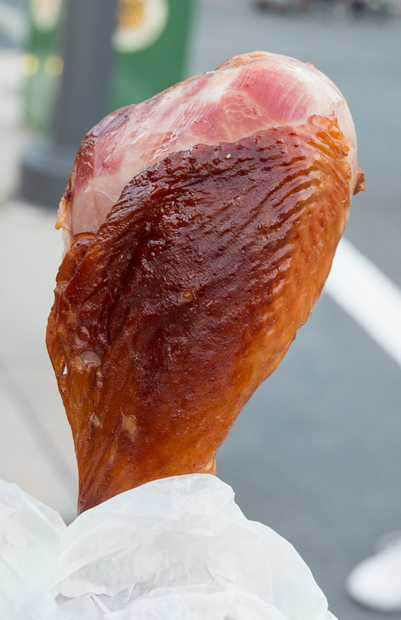 I apologize, I don’t recall the place we got the turkey leg from. The usual one, Toluca, was closed and they directed us to another restaurant which served them. I love getting turkey legs and it was one of the foods I was most looking forward to. I found this version too salty though. 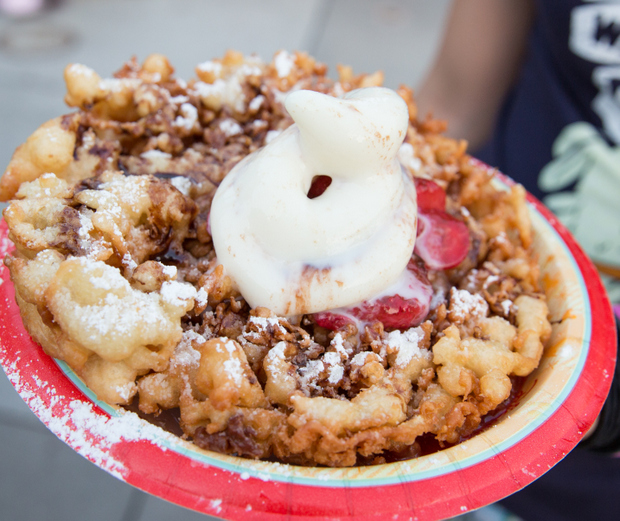 The kids got a funnel cake while I was getting the turkey leg. The poor ice cream was almost a puddle by the time they walked over to us. 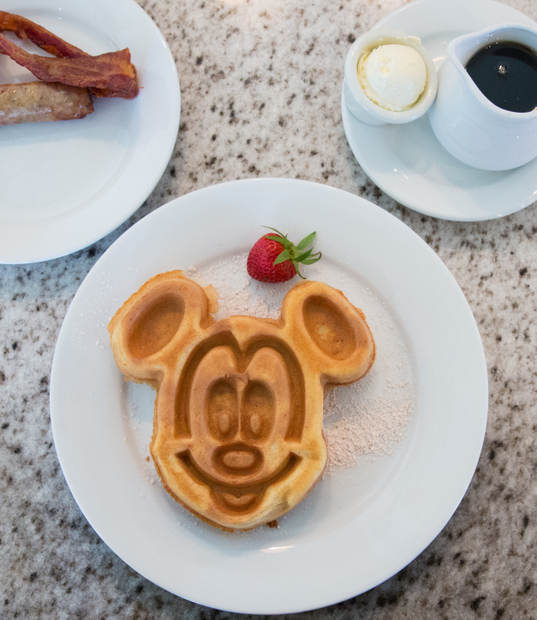 I was a little distressed we had not gotten anything mickey-shaped, so on our last morning, the kids and Mr. K went and got me a Mickey waffle while I was at my conference. It was cold by the time I ate it, but I did like how thick it was and it was a great way to end our trip.

Overall, it was a lot of fun trying to track down all the must-eats. Hopefully, I’ll get to go back again sometime because there were definitely ones I didn’t have time for!