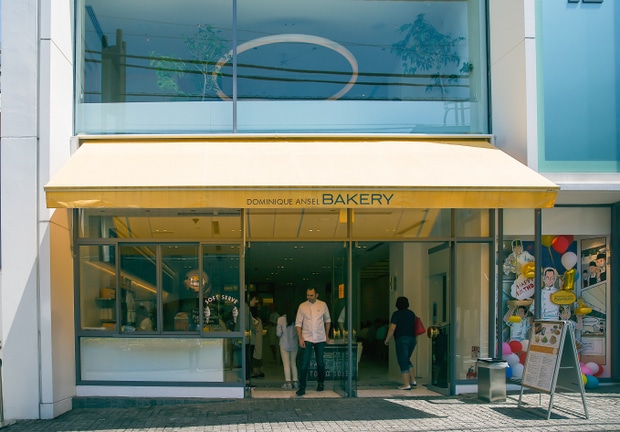 One of the highlights of my trip to Japan was a visit to the Tokyo outpost of Dominique Ansel Bakery. I visited the original New York location a few years and became completely smitten with the baked goods Dominique Ansel was producing. While he’s most famous for being the creator of the Cronut, he also made kouign amann (a Breton cake, similar to a croissant. but with a caramelized flaky crust) popular in the US and his version (called DKA which is short for Dominique’s Kouign Amann ) remains one of my favorite pastries of all time.

As luck would have it, he happened to be at his Japan store for a few days, celebrating the anniversary of the Cronut. I didn’t get to meet him when I went to his NYC store, so I was very excited by the prospect of meeting him in Japan. Sure enough, there he was right at the front, greeting customers. 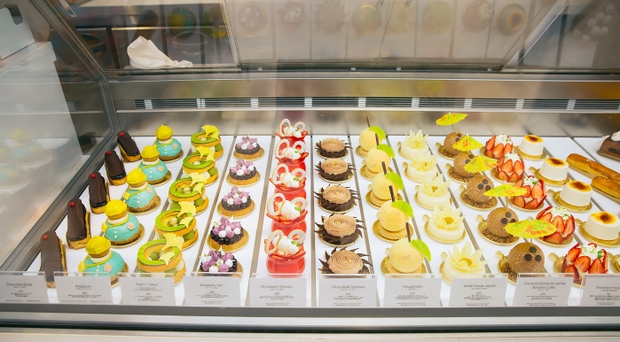 After chatting with him a few minutes, we got in line to order. I was happy to see all my favorites from his NYC store available, along with some different items that are exclusive to the Japan location. I was also shocked to see the Cronut was still available! No long lines or need to pre-order. We were able to walk right in and get one. (I’ve heard that they do have a long line in the afternoon for his Cookie Shots though.). 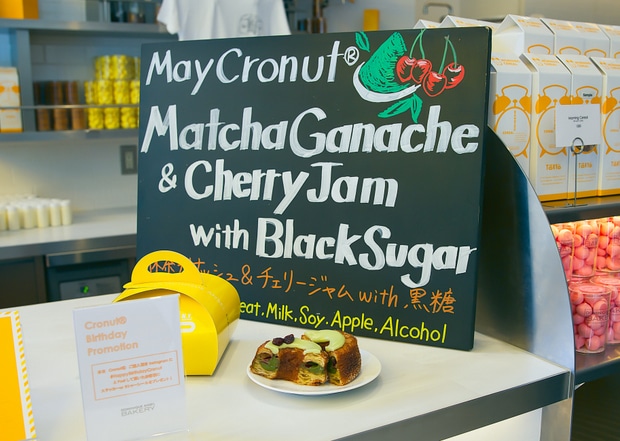 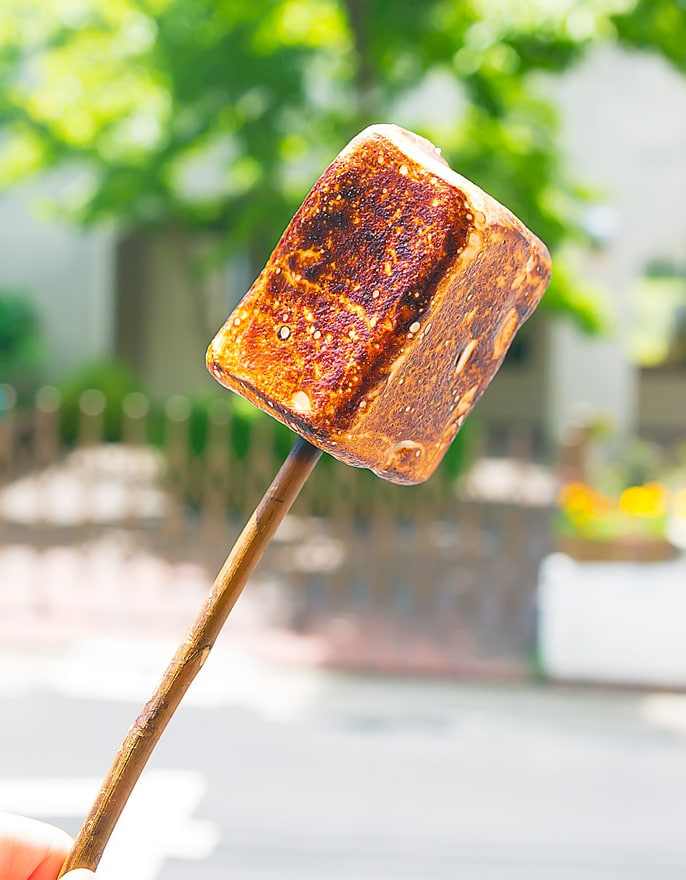 This dessert creation came out just a few weeks after we visited the NYC location a few years ago and I’ve been wanting to try it ever since! Each one is torched to order, which was fun to watch.

It’s a square of Tahitian vanilla ice cream covered with chocolate feuilletine flakes and then enrobed in a honey marshmallow.

This was a lot of fun, though also quite sweet. I’m glad I tried it once, but I wouldn’t necessarily get it again. 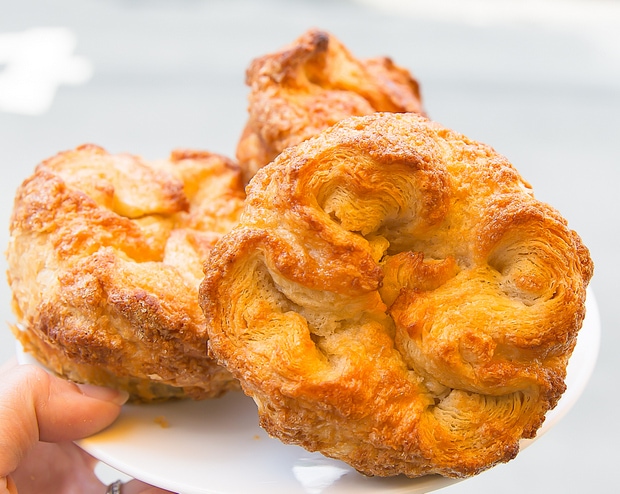 We got three of these because we’ve missed them so much. We ate the rest later on that day. Crunchy, flaky, tender, buttery. Yes, it was still as good as we remembered. 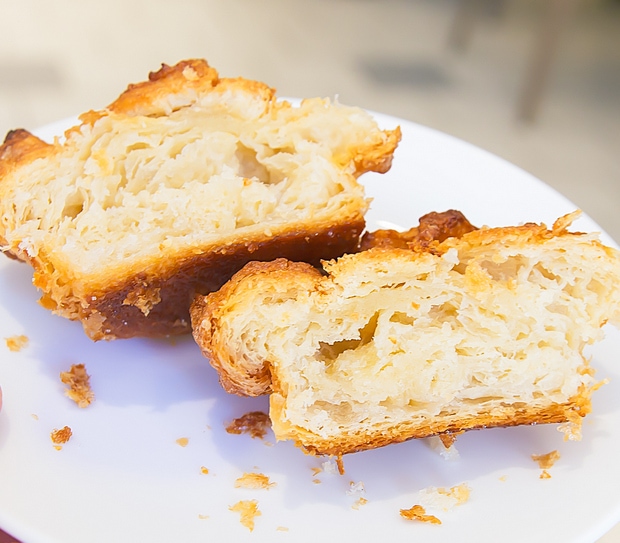 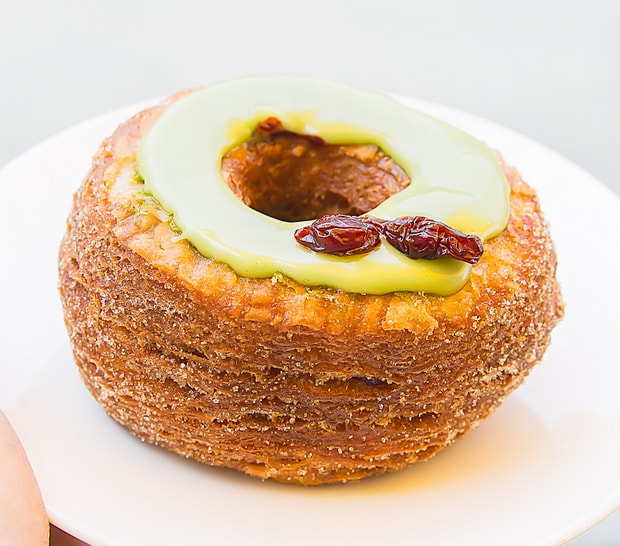 Much like the NYC store, each month features a single Cronut flavor. This one felt heavier than the one I previously had. I think it may have to do with timing and how long it’s been since it’s been fried. We also took quite a while taking pictures of it, so that added more time it was sitting around. It was still good, but not as good as the previous one I ate. The samples we were given in line were very light and crunchy though. 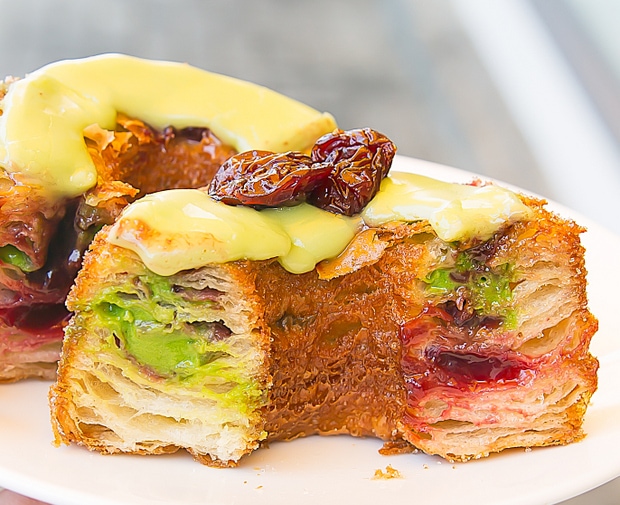 By the way, this is his book in the background. I asked Mr. K to get me a copy for Christmas last year and it’s filled with stunning photos. I love looking through the pictures and one of these days I’ll make his DKA. 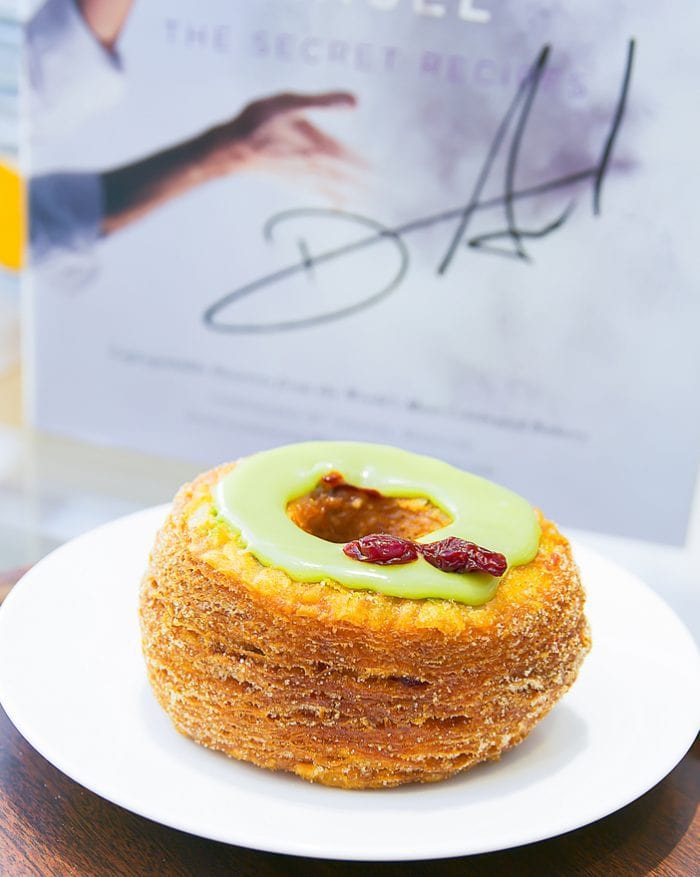 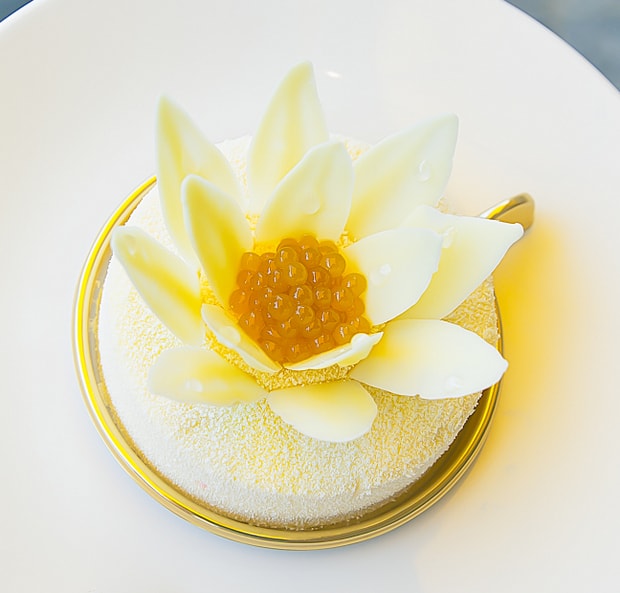 This was one of my favorite things we ordered. This delicate cake has white chocolate petals with “dew” drops on them. The center holds jasmine pearls. Then there is a layer of jasmine scented cake, followed by lychee and mango mousse, and a crunchy almond biscuit base. The flavors were all so light and subtle and I really enjoyed everything about this cake, down to the tiny detail of morning dew drops. 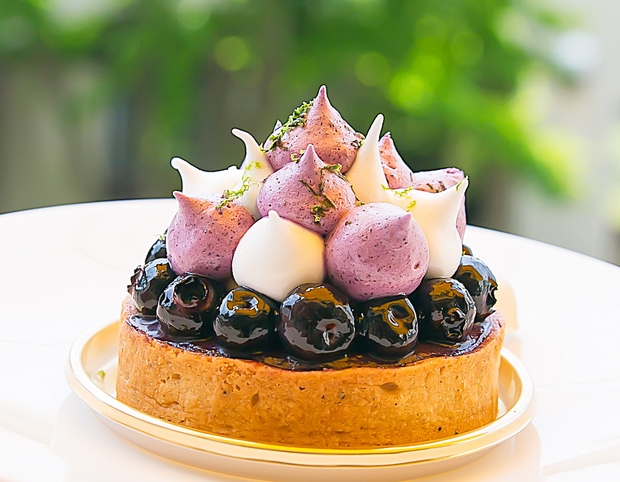 This blueberry tart was just so visually appealing, I couldn’t resist. We were getting pretty full by the time we got this cake, so I only had a few bites, but it was quite delicious, with sweet blueberries and a buttery crust.

Overall, we enjoyed out visit to Dominique Ansel Bakery Japan. Sometimes when an established food business opens in another country, the items don’t always taste quite the same, but we found the Japan location to be very similar to the NYC one. This location is fairly spacious. The first level is the more casual section where you can order at the counter and either grab an open table or take your food to-go. The upstairs section holds a more formal cafe where you order off of a menu and I believe the prices are slightly higher. We chose to stay on the first level so we did not experience the cafe.

Here is a link to my NYC visit a few years ago.