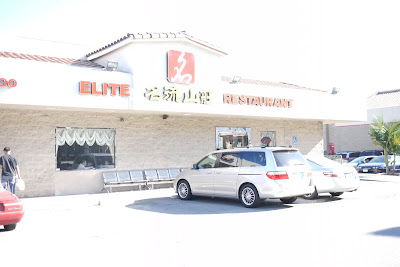 Ever since my visit to Sea Harbour Restaurant for their upscale style dim sum, I’ve been wanting to try Elite Restaurant, which is another popular spot for upscale dim sum.

It was relatively crowded when we arrived, but we only had to wait about 10 minutes. After we were seated, I browsed the menu. One thing I immediately noticed was that the menu was not as expansive as the one at Sea Harbour. 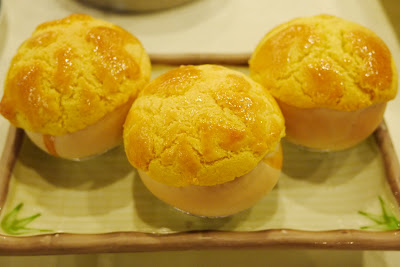 I love pineapple buns but I’ve never seen them with chicken filling. I thought the sweet savory combination sounded promising. Unfortunately, the filling was way too salty. 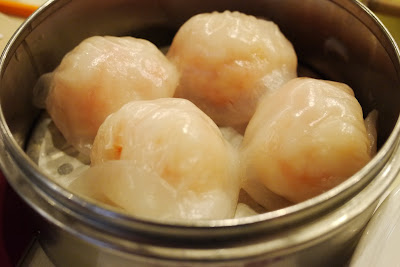 The shrimp har gow were really big, but I found the wrapper to be too sticky for my liking. 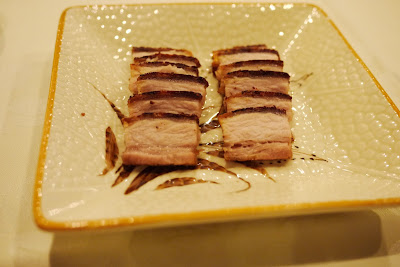 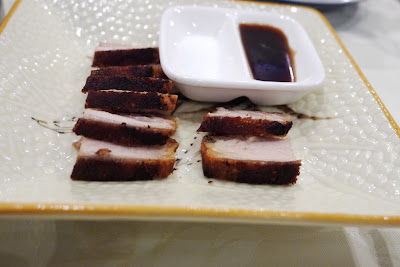 This was one of the items I was most excited to get. I was craving some crispy pork skin. When this was presented, it looked pretty disappointing. The pork looked small and shriveled and the skin was charred. It actually tasted a lot better than it looked. The pork had a great smokey flavor and the skin was crispy, though slightly burned. 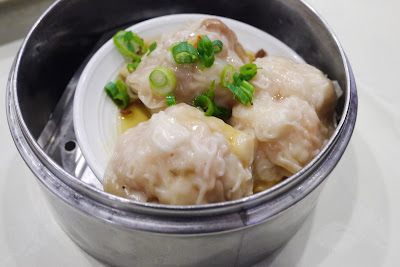 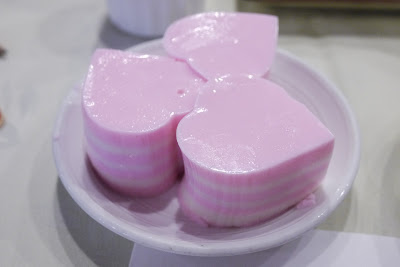 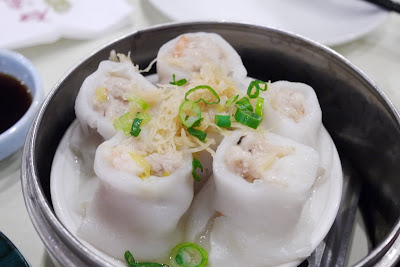 The inside was filled with pork. There was only scallop on the top.

Mango pudding. I was disappointed by the presentation. It looked like they had just bought it from the store 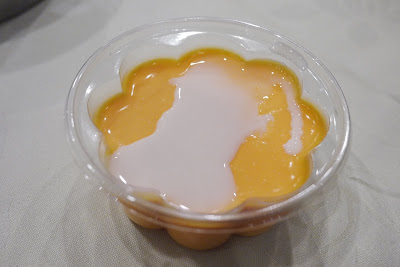 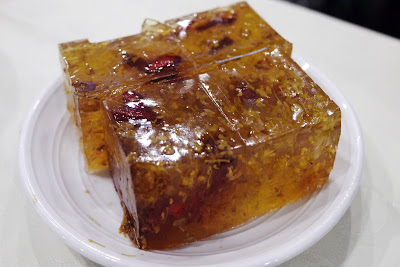 I usually enjoy this jelly, but I didn’t like this version. There were too many tea leaves inside the jelly and the tea flavor was too strong. BF said it was like eating grass. 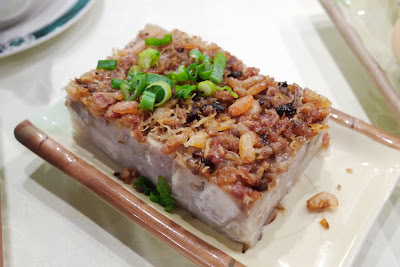 The dried shrimp added a nice flavor. The taro was a little bland though. 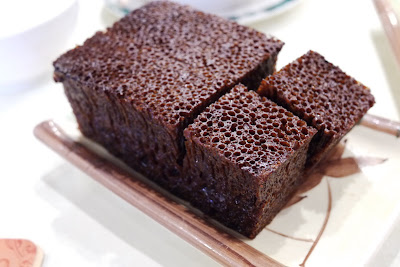 On the first bite, there was something about it I didn’t like, but I couldn’t place it. I took another bite later and figured out what it was. It tasted like burned sugar. Sure enough, upon close examination, even though the cake is such a dark brown, I could see black on top. 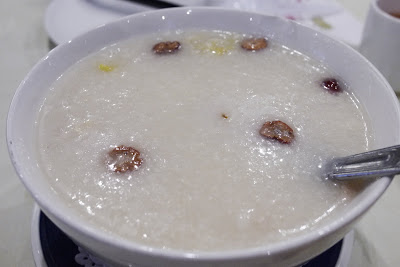 All the congee items were pretty pricey. I had a delicious congee at Sea Harbour, so I was hoping for something really good here. But the congee was bland. Very very bland. 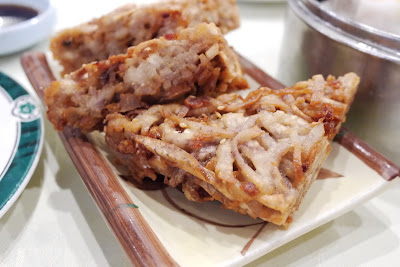 The taro cake was made up of shredded crispy pieces of taro. It was a different way to eat taro and I liked it. 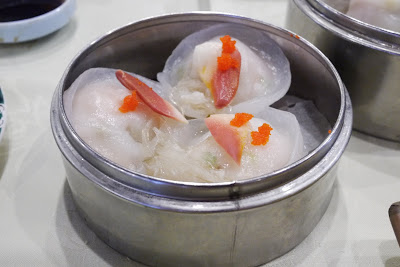 We had a similar dish at Sea Harbour. The one at Sea Harbour was gorgeous and one of my favorite dishes. However, the version here was pretty bland. The inside tasted pretty good, but the outside surf clam wasn’t very tasty 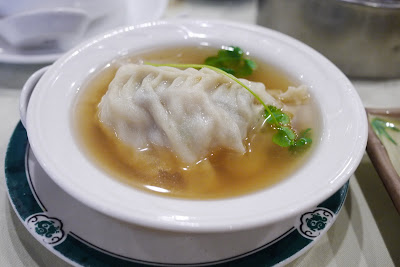 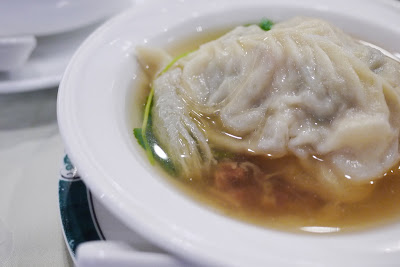 This item we also had at Sea Harbour. I thought the Sea Harbour one had been a little disappointing. The broth was bland and the dumpling filling wasn’t that special. I really really loved the shark fin soup and dumpling here. The soup was flavorful, we got a nice little chunk of shark fin, and the dumpling filling was like biting into seafood heaven. It had crab, imitation crab, scallop, shrimp, sea cucumber. This was my favorite dish we ordered here. 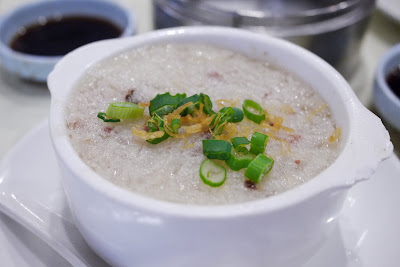 Pan fried turnip cake is a dim sum staple. I’ve never had a simple steamed version but I really enjoyed it. It was simple, you could really taste the daikon and the slightly sweet nature of it.

The service was really friendly here and very attentive.  I’m so used to poor service at dim sum, that I was constantly surprised by how great the service was here.

At the end of the meal, I felt myself trying to decide which place I had liked better: Sea Harbour or Elite. It was hard to decide because each had their good points and bad. Overall, I like the food better at Sea Harbour and I love all the choices.  The Elite menu is more limited. However, a limited menu means a smaller bill. Our bill at Sea Harbour was almost twice as much as our Elite bill because Sea Harbour offers a lot of specialized dishes which are quite pricey.

The wait time was shorter at Elite and I liked their service better. Both places had good service, but the Elite servers were friendlier. There were more “misses” on dishes at Elite, but the ones I liked, I really really liked.

I’ll probably come back to both again, depending on what I’m in the mood for, but I probably slightly prefer Sea Harbour more.