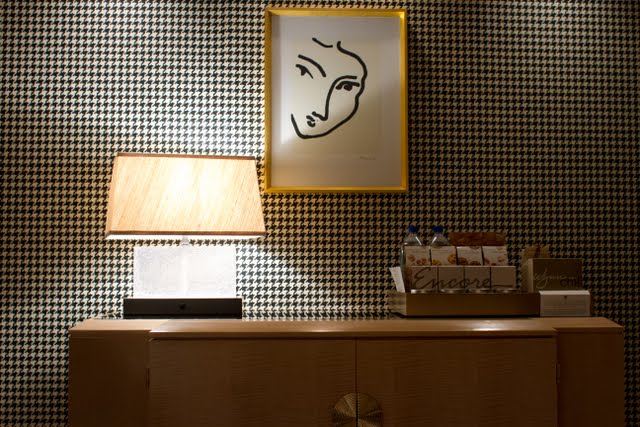 I thought I would conclude my February Las Vegas trip series with a non-food post about my stay at Encore’s resort suite and seeing Le Reve. My meal posts from this trip included Raku, Wicked Spoon Buffet, Robuchon, and Bouchon.

The reason for our sudden trip to Las Vegas in February was mainly because we got a deal to stay at Encore’s resort suites for a reduced price with complimentary tickets to Le Reve. 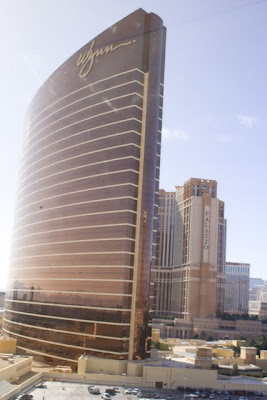 Located at the end of the main strip, Encore sits right next to its sister hotel Wynn. Once inside, the decor was a lot of red and butterflies. 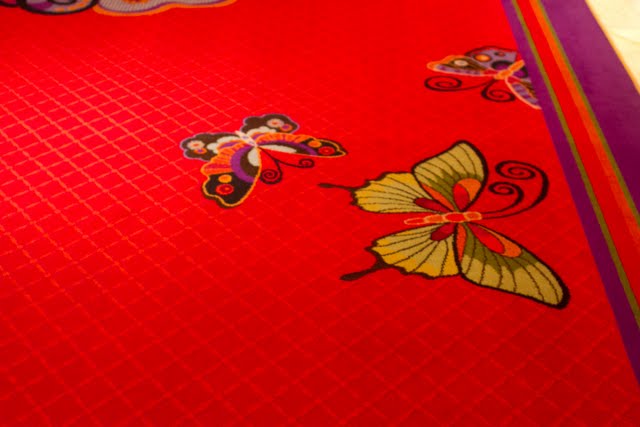 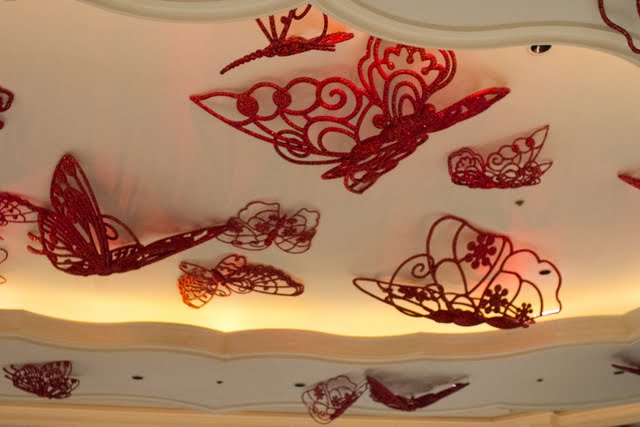 The resort suites are quite large at 745 square feet. More than enough space for two people, and a lot of mirrors throughout the room to make it look even bigger. In addition to a large flat screen tv at the foot of the bed, there was also an office area and a couch. 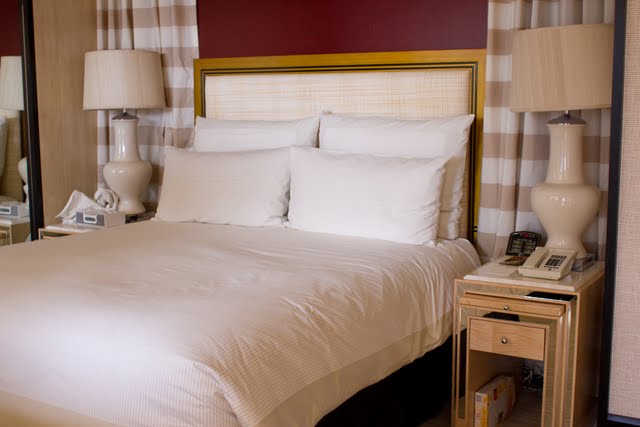 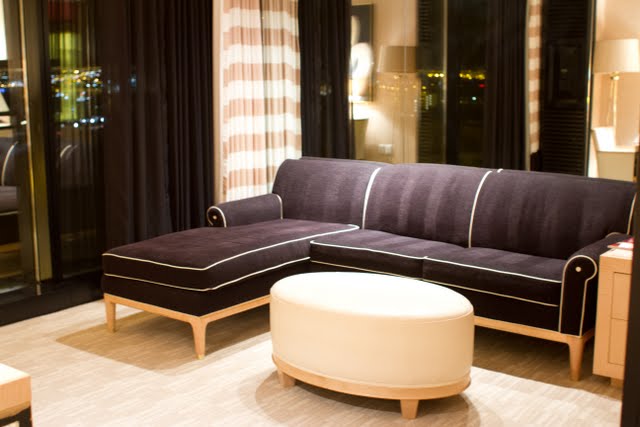 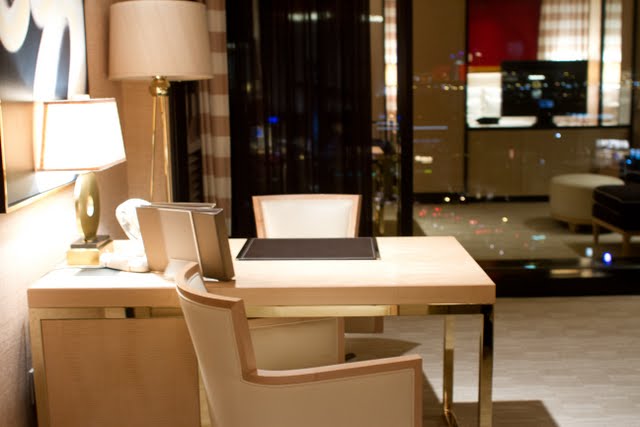 Everything was controlled by a remote control at the bed, including curtains, lights. The system is also automatically set up in your name so when you call the front desk, they know who you are and your name is displayed on the phone system.

Here’s the view from our suite: 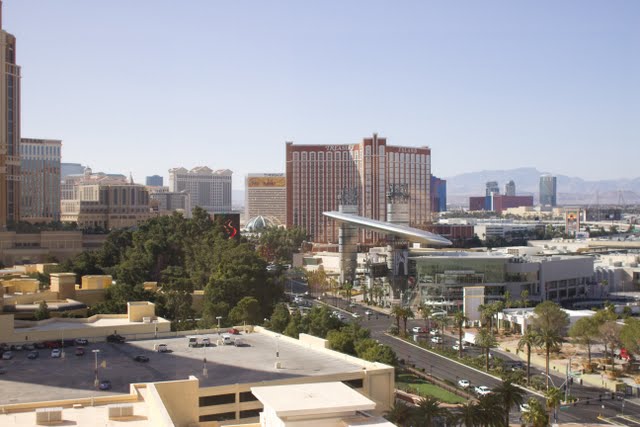 The mini bar has motion sensors and if anything leaves the bar for more than 60 seconds, you’ll get charged. We were warned about this when we checked-in, but it made me paranoid to even be near it during our whole trip. 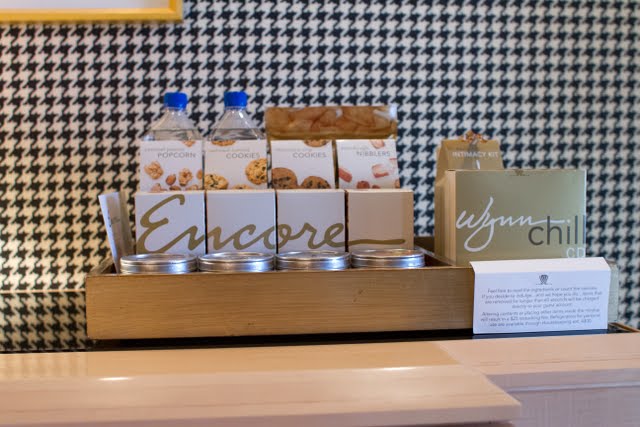 The bathroom had an oversized tub, shower, a phone next to the toilet and small tv next to the sink area. 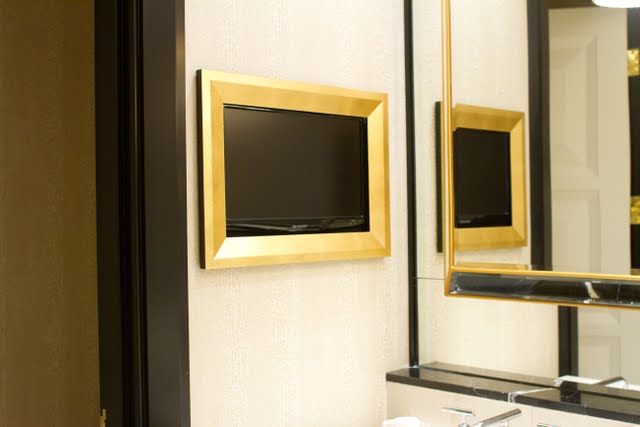 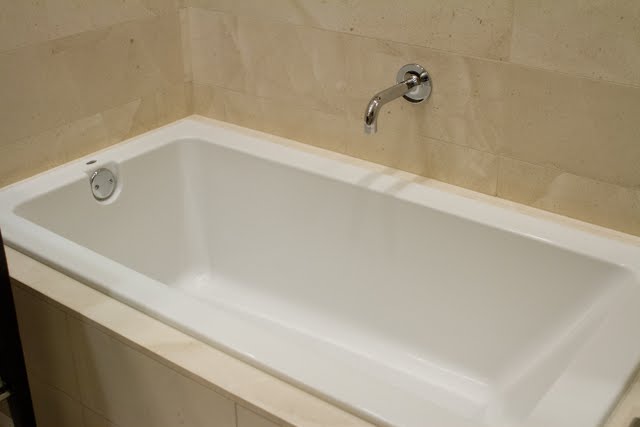 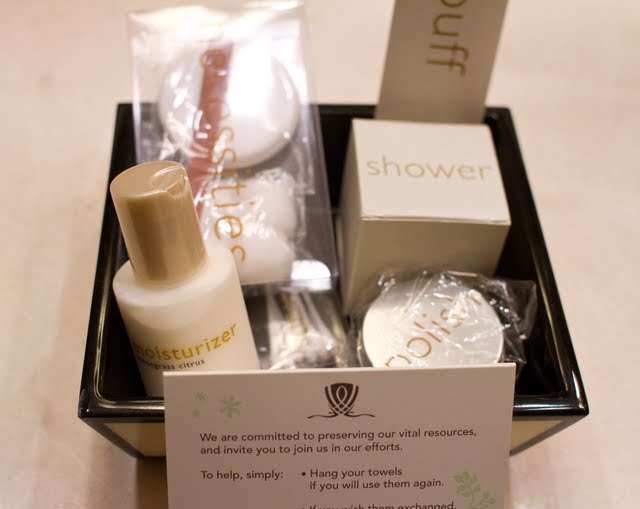 The room was quite spacious and we had a good stay. There weren’t any special perks about the suite though other than the remote controlled curtain and light system and there wasn’t anything that really stood out either.  My biggest issue was how far down the strip it was. It took us a while to get anywhere. If you are looking for size, this is a good place to stay. I would stay here again if the price was right but I wouldn’t stay without some sort of deal.

The view of the lonely Trump Tower: 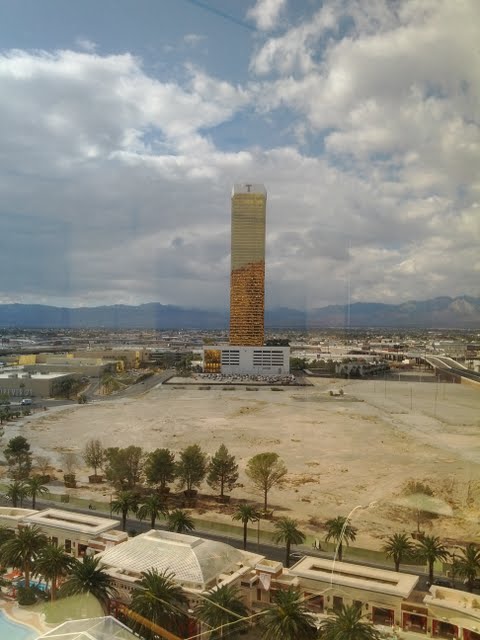 After our magical meal at Robuchon, we rushed back to watch Le Reve. I’ve often heard Le Reve described as a Cirque du Soleil show without the Cirque du Soleil brand. But I actually found it to be quite different, and much more entertaining. 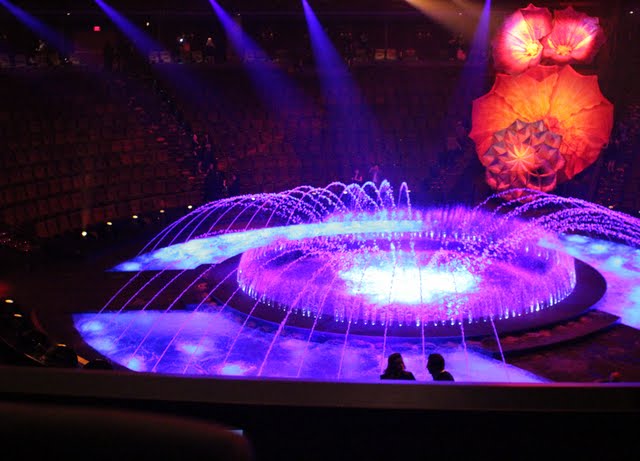 I enjoy Cirque du Soleil, and the defying gravity tricks performed. But I’ve also found that the pacing is slow, with a lot of filler space by clowns, followed by small moments of brilliance and awe. I’ve also always been slightly uncomfortable by underlying dark themes that are played out within the stories.

Le Reve doesn’t have nearly the same level of complicated tricks, or humans that appear to have no bones in their bodies, but it is a show full of dancing, acrobatics in water. It is non-stop action from the moment the show opens until the grand finale. I was never once bored during the entire show. 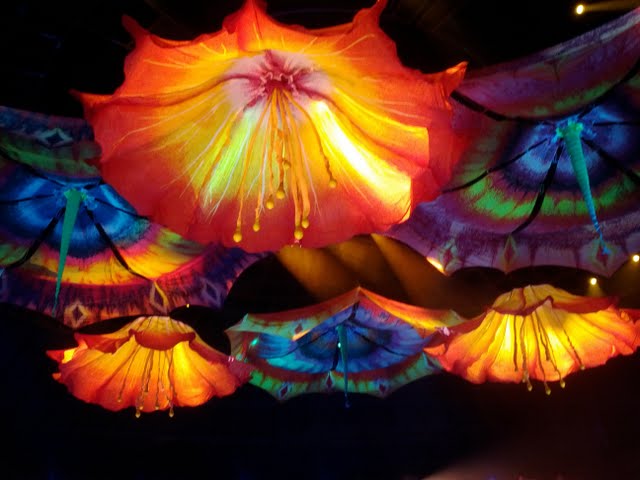 One of the things that made the Le Reve experience so great was the intimate stage. With only 12 rows, there are no bad seats. You can feel the dampness in the air from the pool below from any seat of the house, and hear the gasps of the performers even without microphones.

There really are no large fillers in the show. While it incorporates clowns, the clowns are just as versatile in dancing and performing as the other performers, and are only used for very brief moments to add a little laughter to lighten the mood. I’ve never been a fan of clowns in general, but these were probably the first ones I didn’t mind seeing. 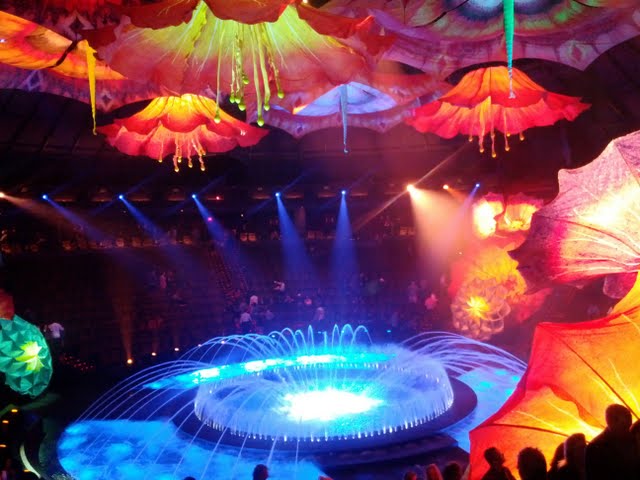 The story played out was also much brighter and lighter than the Cirque du Soleil stories. I didn’t detect any dark undertones.

There was no photography allowed during the show, so of course I don’t have many pictures to share. People were allowed to take pictures with the stage after the show was over, so that’s all I have. If you have a chance to experience Le Reve, I would definitely recommend it. It was the favorite part of my stay at Encore and one of the highlights of my trip.