Hi everyone.  Kirbie's Boyfriend here, with another edition of Funny Food Fotos.

If you haven't heard, Kirbie loved this place called Papa Walk with the Snow Flake Shaved Ice. I have to admit it was delicious, it was actually better than "REAL" snow. Its also probably cause it was jam packed with condensed milk and carbs. White food equals carbs, right? no? well… ice is white with a little yellowish tint… This is where the phrase "Don't eat yellow snow" can be ignored, maybe it should be rephrased… "Don't eat yellow snow that smells like urine." It doesn't quite roll off the tongue, but you get the idea.

Other than the Asian Celebrity signatures of when they visited there were other oddities across the entire place. From the rooster, maybe it was like something about "early bird special" or something? 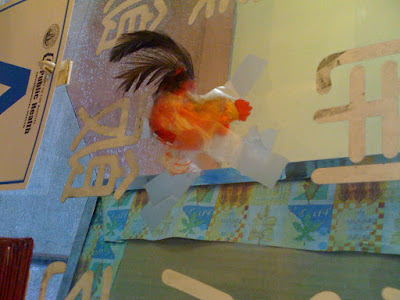 To the silly character on the door. 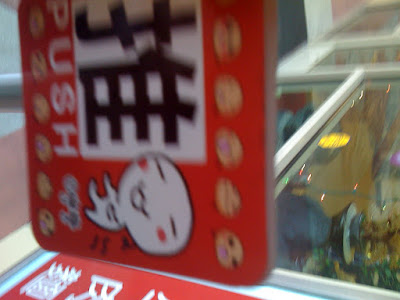 I'm not sure what the following signs were put up for in relation to something interpreted differently in Asian cultures like the kids wearing the Playboy logo because it is a sign of celebrity rather than the actual connotation of Female Nudity and Sexuality. How else can this one be read? Does this mean no slavery or no S&M allowed you can be the judge. 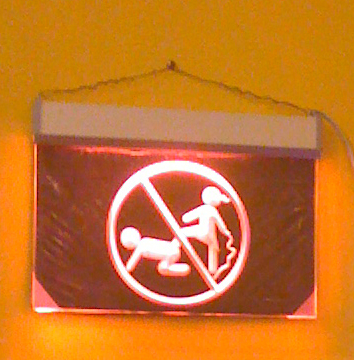 This next one is a little bit more straight forward, "Peeping over this way." 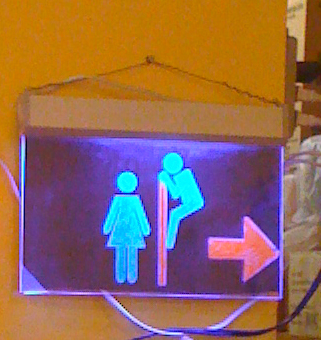 Finally this last image isn't as crazy as the ones above, but it is probably more relevant to the store. Forgive the not so great image quality as I was only using the phone camera rather than an actual camera, its all about the James Bond quick photo snapping. If you can't make it out clearly, this is a bowl of their Snow Flake Shaved Ice. I can't agree with the statement of this thing quenching my thirst as it is nothing like water, but I'm pretty sure that it if you're eating something spicy this can definitely cool it down for you. 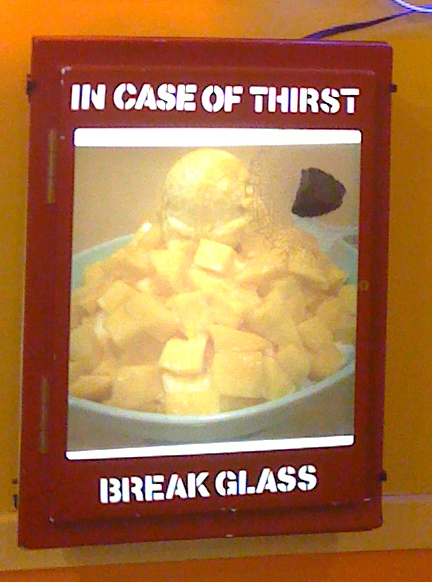 I hope you guys enjoyed this adventure.