Wednesday marked the start of Lent and today is the first of seafood/fish Fridays.

If you’ve been a long-time reader of my blog, you might recall that Mr. K observes Lent, and in an act of solidarity, I follow along. For the meat-loving Mr. K, even one day of no meat is torture. I eat fish on a pretty regular basis so I actually find it fun to try out all the different fish options offered by various fast food and fast casual eateries during this time of year.

I thought I’d do a series of posts for the next few Friday rounding up my findings. This week I tackle the fast food chain fish sandwich/burgers. I’m also doing a Giveaway (at the end of this post) for some gift cards to Veggie Grill, restaurant chain on the west coast with a menu of “meat” dishes that are all vegetarian. Perfect for Lent! 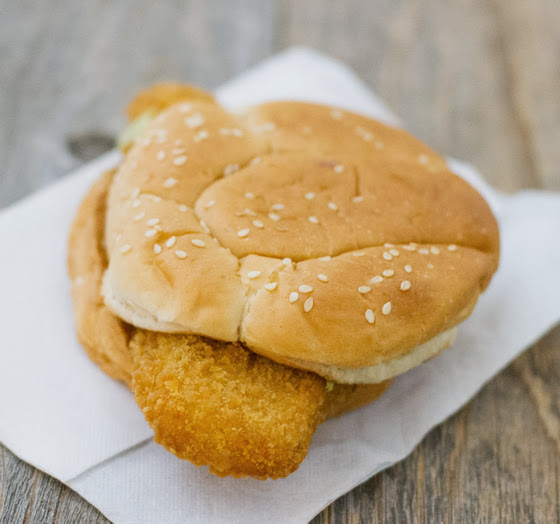 Arby’s is offering one of the cheapest fish sandwich options and staying true to its name– one of the biggest. The irregular fried fish filet is noticeable larger than most of its competitors. I was trying to figure out what the shape was supposed to be. Mr. K thought it was a whale. But once I removed the top bun, it’s actually just a big triangle.

Unfortunately, while it was the cheapest, it was also my least favorite. The fish and batter both tasted pretty bland. The fillet is made with pollock. It’s served with some tartar sauce and iceberg lettuce. 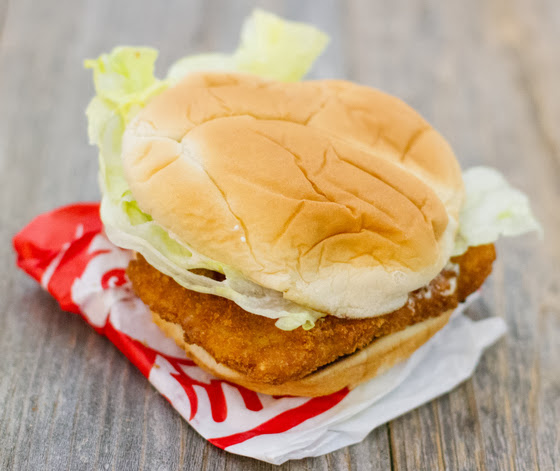 Wendy’s offering is a little more expensive, but they also use cod fillet. According to Wendy’s website, the cod fish fillets are hand-cut and breaded with panko crumbs.

The cod fillet was thick and the breading produced a satisfying crunch. It was also flavorful and one of my favorites.

I do wish that they used something other than iceberg lettuce, especially since it’s advertised as a premium sandwich. Not only am I not a fan of iceberg lettuce, but the large piece just stuck out awkwardly. I also would prefer that they used a bun that could withstand a little more pressure. It held up fine when eating it, but the appearance isn’t as appetizing with noticeable indents where its been handled. 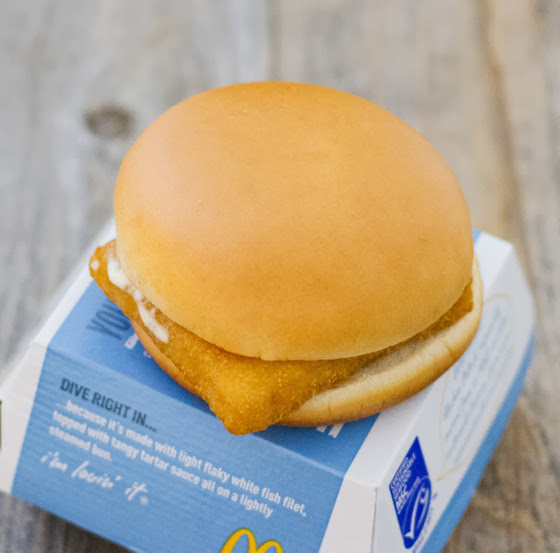 I have to admit though, the filet-o-fish definitely sets the standard in terms of appearance, with it’s perfectly square fillet and its pristine, employee-handle-proof bun. The fish isn’t the best quality- it reminds me of the fish sticks I ate as a kid, but it is tasty and it has the nostalgic factor. It has just the right balance of tartar sauce, melted cheese, and a bouncy bun. The shiny bun is my favorite part. It tastes just like any regular fluffy bread bun but manages to have remarkable resistance to any man-handling pressure. I lightly pressed into it a few times and it left no visible indents.

Two other fish burgers I didn’t yet try this year but tried last year are the Burger King and Carl’s Jr offerings. Burger King is offering theirs for 2 for $5. I wasn’t really impressed with the one I bought last year. I did enjoy Carl’s Jr.’s version and it’s the only one that is charbroiled rather than fried. You can read my post from last year here. 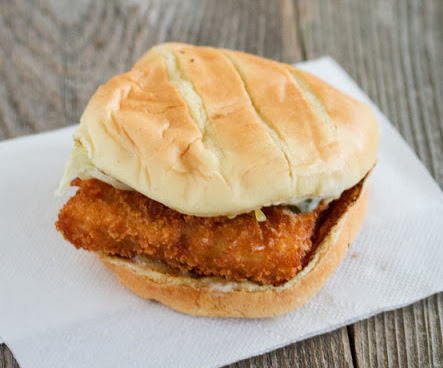 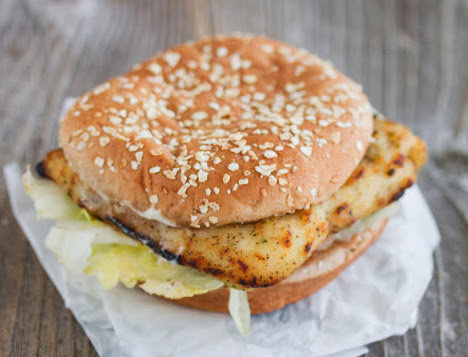 So that’s my fish burger fast food round-up. Did I miss anything other than Jack In the Box, which I just realized while writing this post? I plan on tackling tacos, sandwich shop fish sandwiches and some other miscellaneous options in upcoming weeks.

Now onto the Giveaway. Since it is Lent, Veggie Grill gave me some gift cards to give away to my readers. There will be 2 winners. Each winner will receive two free entree gift cards for Veggie Grill. Please note that the giveaway is being handled through PromoSimple, therefore all comment entries must be entered through the PromoSimple box. The comment prompt is in the PromoSimple box along with bonus entries. Good luck!