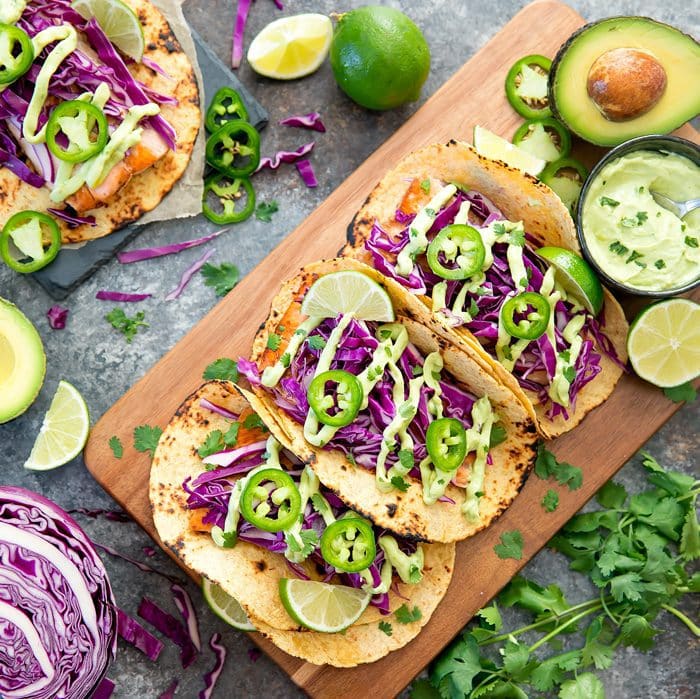 This post is sponsored and written in partnership with the California Avocado Commission.

San Diego is known for their fish tacos, so it’s about time I shared some more fish taco recipes on the blog!

Since it’s been a particularly warm July, I’ve tried to spend as little time in the kitchen as possible. So instead of frying the fish, I just did a simple pan sear on the salmon. The fish is then topped with a red cabbage slaw and avocado crema. 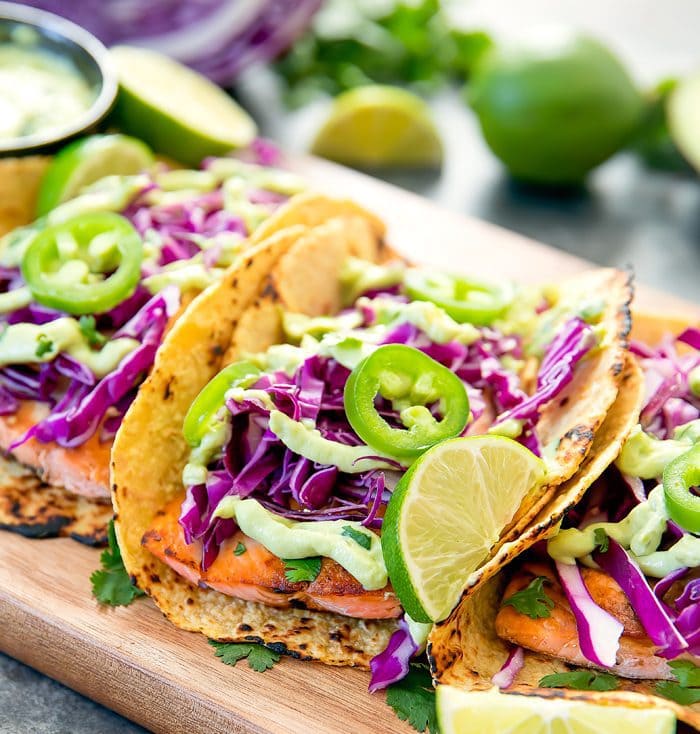 Crema is usually made with Mexican sour cream, but since California avocados are already so rich and creamy, I used nonfat plain Greek yogurt instead. It’s healthier but still really delicious.

I added a little jalapeño to the sauce as well to give it a mildly spicy kick. But if you are making this for kids, you can leave out the jalapeño. 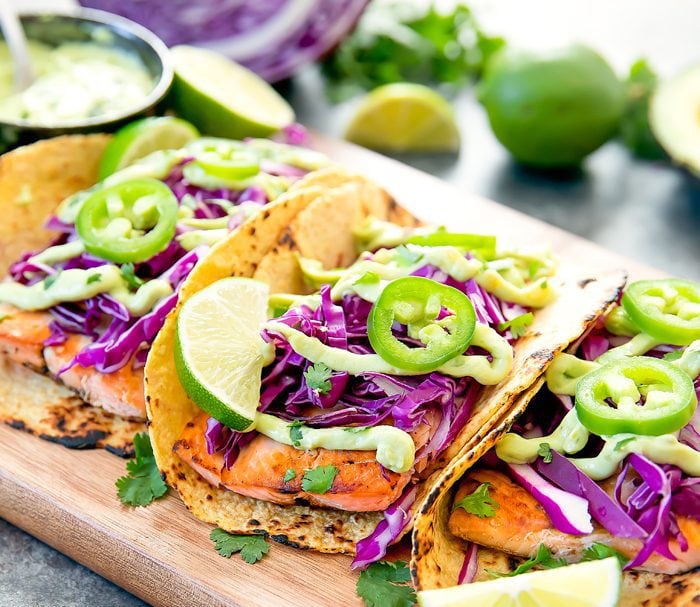 Crema is usually made with Mexican sour cream, but since California avocados are already so rich and creamy, I used nonfat plain Greek yogurt instead. It’s healthier but still really delicious.