Blogiversary/ Bloggaversary/ Blogaversary? Which way do you write it? I can’t decide which spelling is best, but either way, today marks the fifth anniversary of my little blog.

I like taking a moment each anniversary to reflect on all that has happened. The blog started as a little side project, but has obviously evolved into something much more.

I’ve said this many times, but it still holds true. I could never have imagined all that has happened since I started this blog. The people I’ve met, the friends I’ve made, the foods I’ve eaten, the places I’ve been. I’m still amazed and forever grateful that people continue to find the blog and read it. Without readers, I don’t think I would have the motivation to continue to post, and to work on improving on my photos, writing, food knowledge, baking skills, etc.

It’s always fun to look back and to see how the blog has changed. I cringe when I read old posts– it’s like going through my high school year book. But I guess that is also a positive sign. If I was satisfied with the photos or writing from previous years, then it means I’ve stopped making any progress.

This last year has been a pretty fun year. I’ve made more friends, met more people, had many more memorable experiences. I’ve also spent the last few months on a very exciting project related to the blog. I’ll be sharing the news later when I have more details.

On the personal front, I recently became a first time homeowner! It’s been pretty exhilarating, though also very time consuming.

Since becoming homeowners, I’ve seen sides to myself and Mr. K that I didn’t even know existed. I’ve never thought much about home decor, but now I found myself constantly on pinterest looking for design ideas. And Mr. K, who never showed any signs of being handy or good with repairs, has been churning out sketches of all these things he wants to build for our home. And there really is something about owning a home. When I was renting, I questioned if I even wanted to own a home. Why did I want a giant mortgage and other monthly expenses. But now that I own one, I get it. I feel such an attachment to it, feelings I couldn’t understand before.

Over the next few months, I’m hoping to share some parts of the home when they are finished, especially some of my favorite rooms and the garden. But that’s for another day.

For this post, I just wanted to keep it simple. But I also wanted to do something a little different to mark the occasion. So I thought it would be fun to share five random facts about me:

1. I dislike any candy that is orange flavored. I don’t mind eating oranges or drinking orange juice, but I just don’t like the artificial orange flavored sweets. Gummy bears, skittles, etc. That also includes orange colored M &M’s. Yes, I know that all the M &M’s are the same flavor, but the green and blue ones just taste better.

2. I am a serious late-night snacker. I probably consume more calories the hour before bed than I do the entire day, which I know is really bad, but I just can’t seem to stop myself. For a while, I tried to make Mr. K stop me from snacking, but that didn’t work out too well because I just got really angry at him when he tried. Poor Mr. K.

3. I don’t pour milk in my cereal. I like to eat my cereal dry with a glass of milk on the side. I think it’s a cultural thing. My parents hadn’t been living in the US that long when they had me. So when they first started giving me cereal, they would just pour some into a bowl. When I started going to school, I saw that kids poured milk in their cereal, but by then I was already used to eating it a certain way and couldn’t stand the taste of milk after it has been mixed with the cereal.

4. When I buy fruit snacks or gummy bears, I like to open up the bag and let them sit out for a few days so that they begin to harden before eating them. Mr. K finds this quirk really crazy.

5. When I’m eating a meal, I’ll save a little bit of my favorite item for last so that I can end my meal with that taste in my mouth.

And on that note, I’m going to end this really long post.

Thank you for taking the time to read this. I really, truly appreciate it. I am so thankful for all the reads, the comments, the emails, the shares of my posts with others. I hope you will continue to follow with me on my journey. 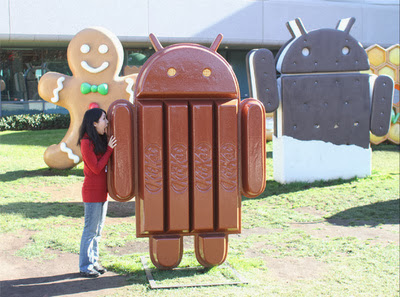