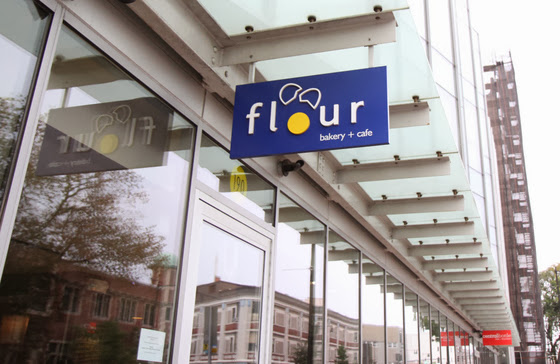 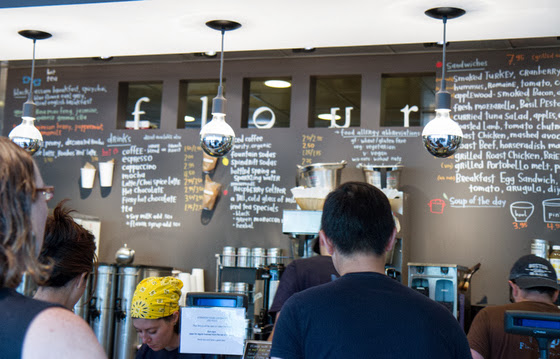 During my East Coast trip last Fall, we spent a weekend in Boston and our very first stop was Flour Bakery to try the famed sticky buns. There are four locations in Boston, each one equally busy. We went pretty early in the morning and it was already bustling and many menu items were already sold out. 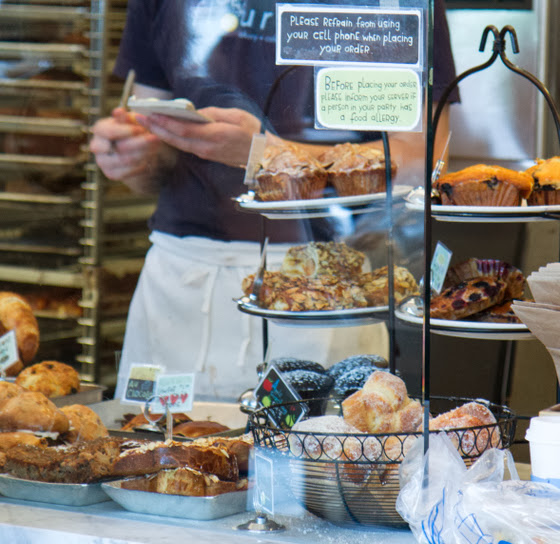 The cafe has a large selection of baked goods as well as a menu of sandwiches and specials for the day.We were absolutely starving when we arrived, so we ordered quite a spread. 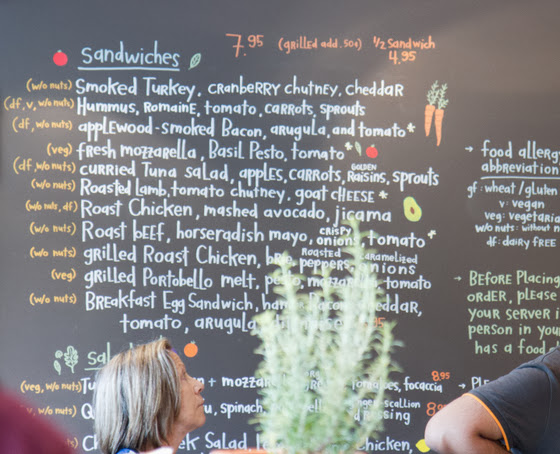 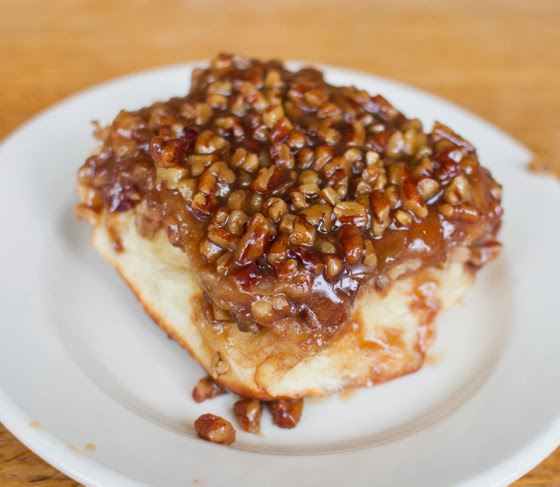 The bakery is most famous for its sticky buns, which reached national fame after being featured on a Food Network’s Throwdown with Bobby Flay. To be honest, I’ve never been a sticky bun fan. While I have a serious weakness for desserts, I don’t like my desserts to be overly sweet and sticky buns are pretty high on the sweet scale.

The sticky bun really did live up to the hype. While it is a sugar high, it’s not just a one-note pastry. It starts with a soft buttery brioche, interlaced with cinnamon, topped with a gooey, sticky caramel sauce and little bits of crunchy pecans. Yes you’ll need some coffee or water to wash it down, but it was the best sticky bun I’ve ever tasted. 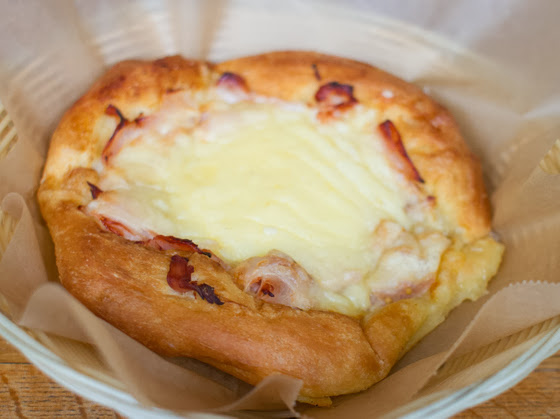 We also snagged a breakfast pizza. Unfortunately, this was not impressive. The most interesting part was the boiled egg cooked in the middle. The pizza itself was served cold, which I found odd, and congealed cheese just isn’t appetizing. 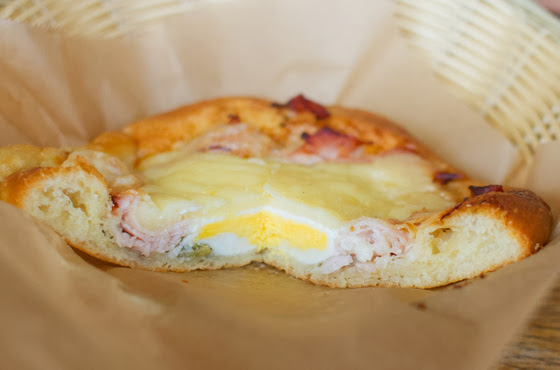 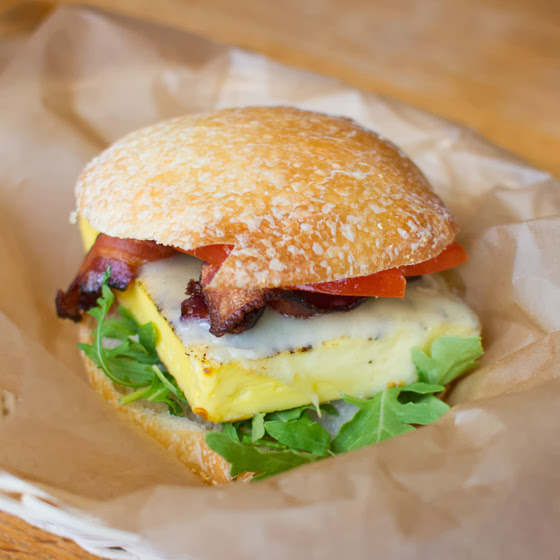 An egg patty, arugula, bacon, tomato, and dijonaise, this was a welcome savory entree after the sticky bun. The square egg was soft and fluffy; the rest of the topping were simple but a good combination of flavors. 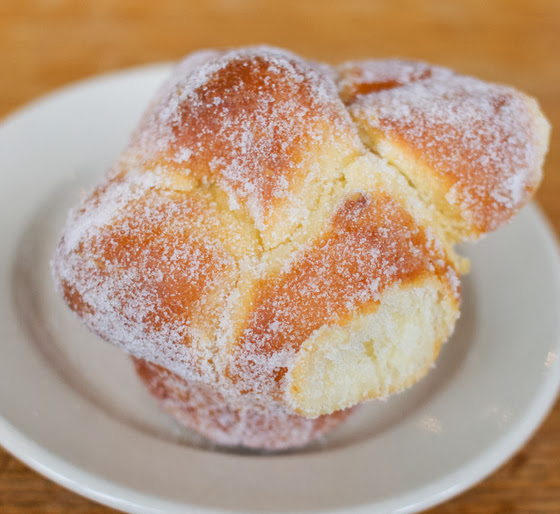 I actually tried to make this a long time ago. The bakery’s version was much better than my homemade attempt. The bubble shape makes this a fun one to pull apart and eat. The brioche was very rich and tender. 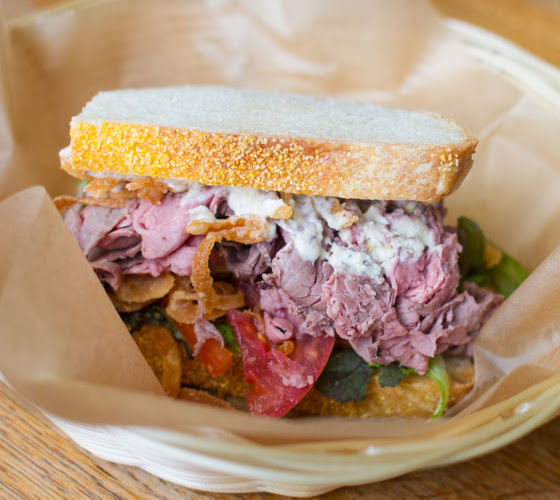 I loved the thick layer of thin-sliced roast beef, but found it too heavy on the horseradish. 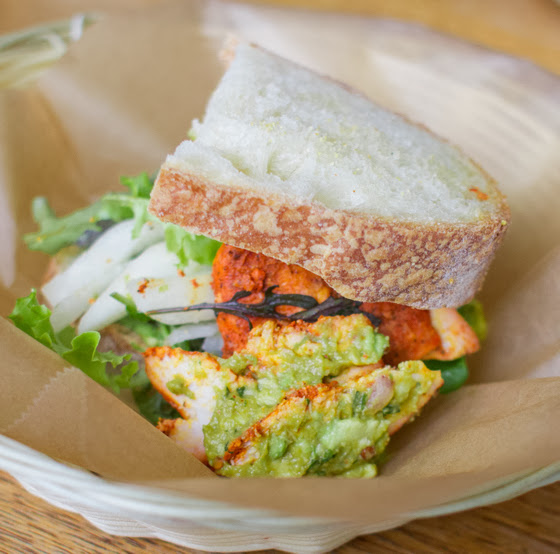 This was enjoyable as well. The roasted chicken was boldly seasoned, served with crunchy jicama and some mashed avocado. 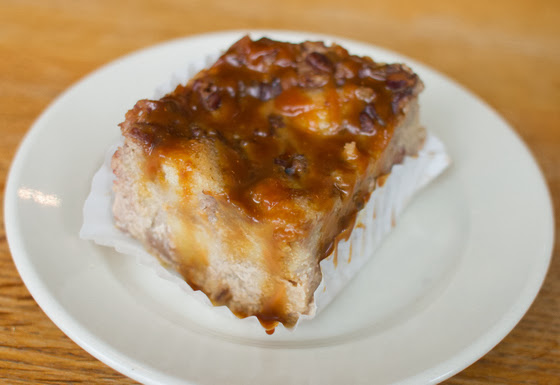 We ran out of room to eat this one. We actually originally asked them to heat it up for us, but there was some misunderstanding and they ended up packing it up for us. Since it was already packed, I gave it to my brother to take back with him. He later reported that he didn’t like it, which is too bad. 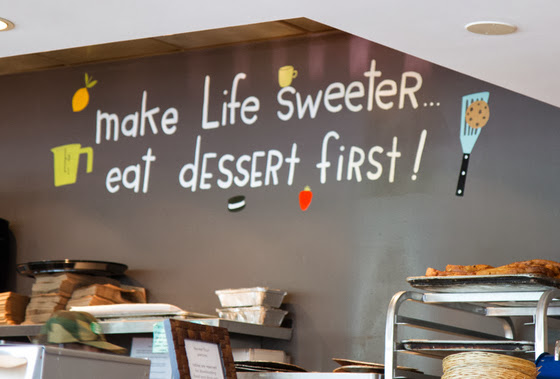 Overall, this was a fun visit. The highlight was definitely the sticky bun, and I’d visit again to get a few of them and the bubble brioche.