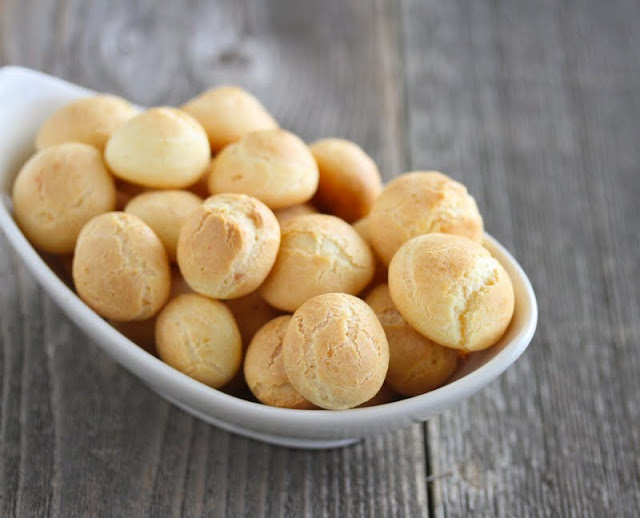 One of my favorite bites from my French Laundry experience were the gruyère cheese gougères. Gougère is a French cheese pastry puff. The ones we were served at TFL were so tiny, that we all left wanting more. 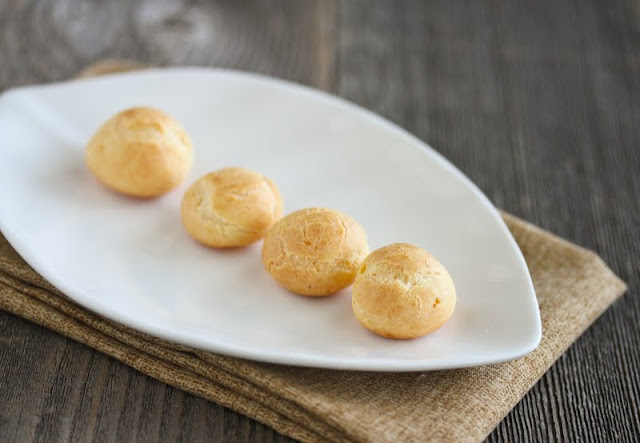 I was delighted when I saw that the new Bouchon Bakery book includes the recipe for the gougeres served at The French Laundry. I’ve made gougeres before and they weren’t too hard, but they also weren’t as good as the one I had at TFL. 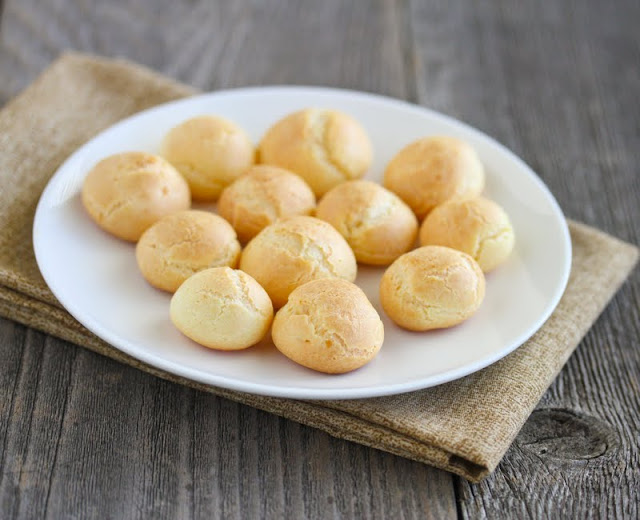 As with all Thomas Keller recipes, his version of gougeres was a little more complicated and I had to tweak some of the steps.

For instance, TK’s recipe requires you to freeze them for four hours first. I didn’t have the patience. While I did freeze some which can be used for later (that’s apparently how they do it at TFL, make a bunch, freeze, and unfreeze when needed), I also tried making some right away and that worked out just fine.

Another thing is that Keller makes his gougeres in a special mold. I had no idea where the heck I was going to find such a mold and I didn’t want to invest in one that had such a limited purpose, so I just did them freehand, which is how they are usually done in other recipes I’ve tried. However, when you pipe them freehand, they usually have a little tip on top. Since TK uses a mold, his doesn’t have that tip. So to get mine to look like his, I actually pressed down with my finger on each one to get rid of the little tip so they would resemble the perfect ball-shaped gougeres served at TFL.

These came out really really good. They weren’t as perfect as the ones I had at TFL but I think it’s because Thomas Keller states in the Bouchon Bakery book that they usually will pipe the gougeres with a rich cheese sauce before serving them. So mine were missing that extra cream sauce.

I’m still happy with how they turned out and since you can freeze them, I now can make a lot and just defrost them whenever I’m craving some. The recipe below is slightly modified in the instructions to include the steps where I deviated from the original. 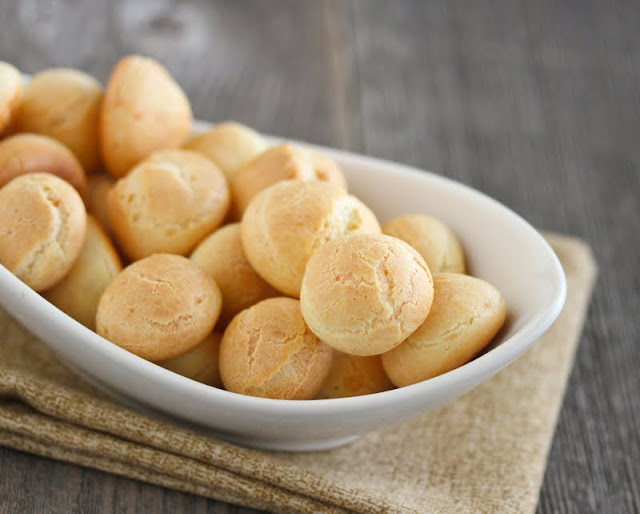 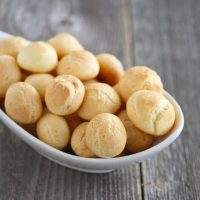 Servings: 48 gougeres
Prep Time: 30 minutes
Cook Time: 20 minutes
Total Time: 50 minutes
Course: Appetizer
Cuisine: French
One of my favorite bites I had at the famed restaurant The French Laundry was the gruyère cheese gougères. Gougère is a French cheese pastry puff and the ones we were served at the restaurant were so tiny we all left wanting more, so I had to recreate them at home! I modified the recipe from Thomas Keller's Bouchon Bakery cookbook to make it a little easier to make these gougeres at home.
Print Pin Rate

Did you make this recipe?I'd love to see it! Mention @KirbieCravings and tag #kirbiecravings!
Posted in: Appetizers & Side Dishes, Recipes
4 Comments // Leave a Comment »