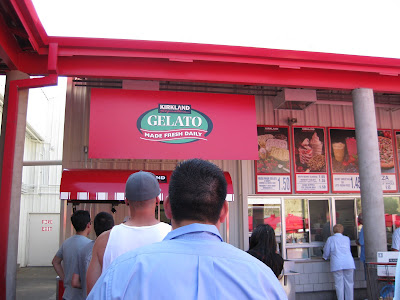 From the people who brought you churros over a footlong for $1, 1/4 pound hot dog and drink for $1.50, large frozen yogurt for $1.35, huge chicken caesar salad for $3.50, and much more food items at bargain prices, comes their newest food item: fresh made gelato!  Yes, Costco's food court now offers fresh made gelato.  Three large scoops and a waffle cone…for only $1.50!!! It's an amazing price, considering most ice cream shops charge about $1.50 for a waffle cone, and most gelato places charge between $3-5 for a small gelato.

**A quick update.  So I originally thought that this new item is available at quite a few Costcos, but upon further research, this menu item is only available at a few.  For now.  Apparently its in testing stage. Who would have thought that my local Costco on Morena Blvd would be one of the lucky ones chosen?  Regardless, I'm feeling quite happy it was.  Hopefully this item will soon make its way to other Costco, like most of the other food court items, especially seeing the response when I visited.  But as of now, I am only aware of the fresh gelato being offered in San Diego at the Morena Blvd location and somewhere in Woodinville, WA.

I heard that my local Costco was offering gelato now a few days before I planned on visiting Costco anyway.  So I was definitely on the lookout for this new food item.  What a great idea.  With the hot weather, gelato sounds perfect.  And the price is unbelievable.  Needless to say, the gelato was the most popular food item that day when I went shopping.  Costco offers three different flavors: mixed berry, pistachio and stracciatella.   This was an even bigger plus for me because my favorite gelato flavor is pistachio. 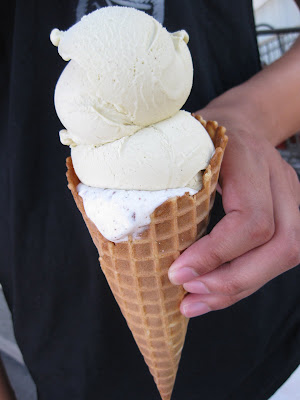 I ended up choosing two scoops of pistachio and one scoop of stracciatella. The consistency was smooth and thick, like gelato should be.  The flavors were pretty good.  The stracciatella was vanilla with little chocolate shavings.  The pistachio had a decent amount of pistachio flavor.  Not as rich as some places, but much better than others. All in all, pretty good gelato.

If you don't live near one of the confirmed locations, be on the lookout, as hopefully this item will be available at a Costco near you soon. 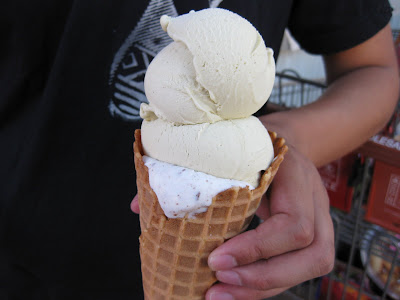 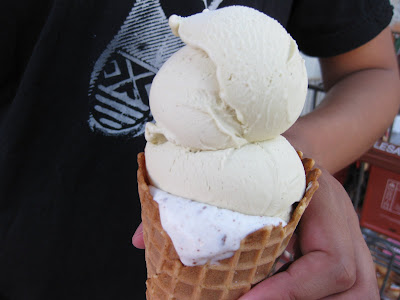 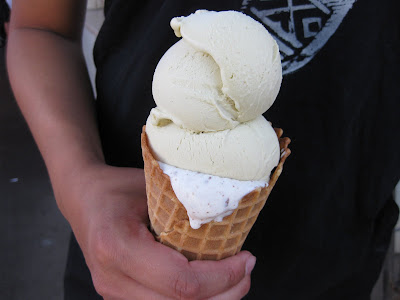 6 comments on “Fresh Gelato at Costco”