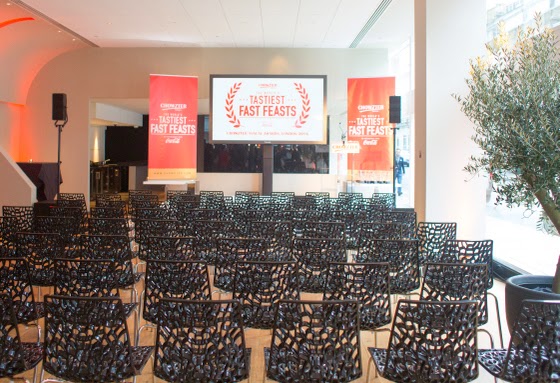 As you may recall, I’ve been working with Chowzter since the end of last year and previously attended their North American Awards. This was a much bigger scale, trying to find the tastiest fast feasts in the world. It was an extremely fun event and I got to meet bloggers from all over the globe.

Chowzter is a new company, whose goal is to provide you with a friend in every city. Just like you would ask your foodie friend where to dine at if you were visiting their city, Chowzter has recruited food bloggers in cities all over the world to provide the best local fast feasts recommendations. Fast feasts is that middle ground between fast food and fine dining. I don’t know about you, but I love visiting a city where I already have a friend, saving me hours of research and keeping me from getting stuck in tourist traps that aren’t worth my time. 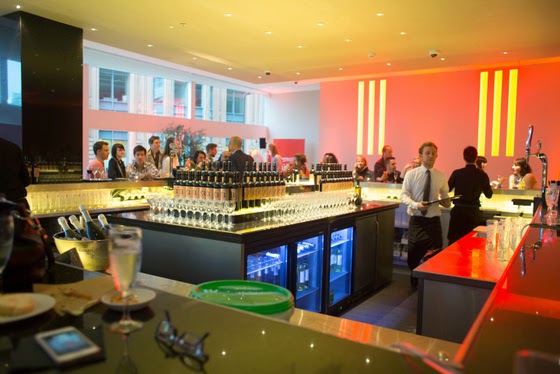 The awards took place at the not-yet-opened L’Anima Cafe. It was a delicious night of trying some of what the restaurant had to offer as well as finding out the winners. 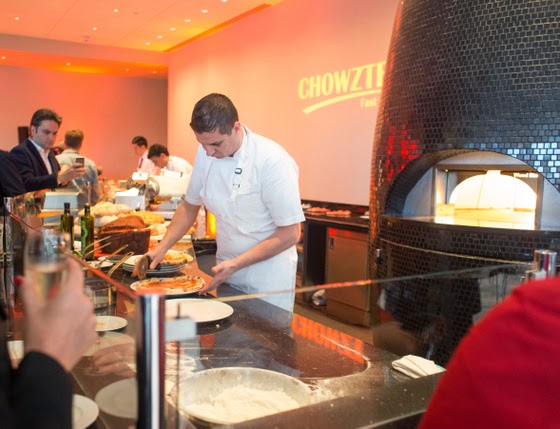 San Diego received one nomination: The Pork Belly App from Carnitas’ Snack Shack was nominated for the North America Regional Award, but sadly it lost out to Chicago’s Banh Mi at Franks ‘n’ Dawgs. 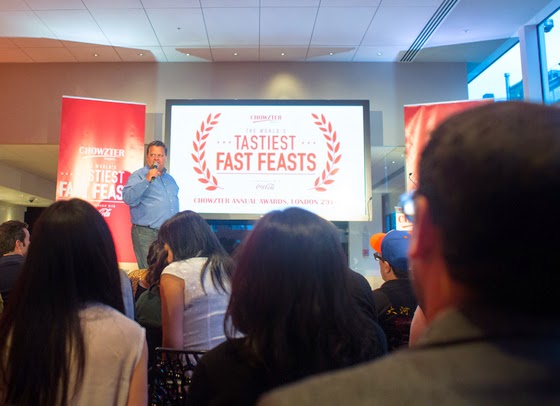 It was exciting to learn about all these dishes I haven’t tried before and there are many cities I want to visit now, just so I can try the winning dish. For each of the winners, there was a short video explaining the dish and why it won.

Some of the highlights for me were:

Tastiest Pastry: The fried Jam Croissant at the Albion in London

And the World’s Tastiest dish overall: Ceviche at Chez Wong in Lima

I hadn’t tried any of the winning dishes before, but I really wanted to after the awards. Luckily for us though, we did get a taste of the World’s Tastiest Pastry since the winner was in London. And after taking a bite, I think it was definitely worthy of the win. I had actually wanted to check it out before the awards when I saw it had been nominated for tastiest pastry, but since we would soon be leaving for Paris, I didn’t think a croissant in London could  match up. But of course, I was very very wrong, and totally kicking myself for not visiting it first. 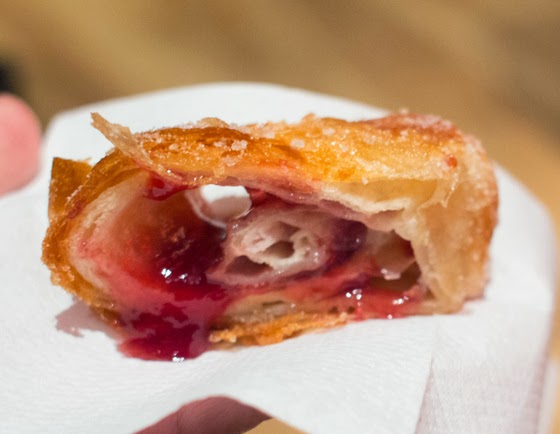 This isn’t your ordinary croissant. It’s a deep fried croissant, with a jam filling. And it was as outrageously good as it sounds. Expect this to be on my 2014 Best Sweets list. I tried desperately to visit the bakery the next morning so I could get some full sized versions, but alas, they didn’t open until 8am and we had to leave before that. Stupid, stupid Kirbie. I really should have paid Albion a visit–especially since it was only a 10 minute walk from my hotel! I won’t make the mistake again.

Posted in: London, Restaurants by Location
6 Comments // Leave a Comment »