Shortly after my first late night visit to Golden City, I read two great posts on Golden City from Carol of CAB cooks and Dennis from A Radiused Corner.  I also received some recommendations of other dishes to try for Kirk at mmm-yoso and Carol.  So of course I had to go back and try all the recommendations.

Here is a photo of the late night menu: 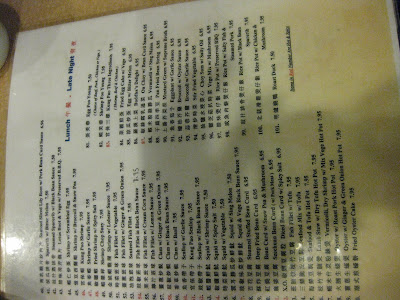 First, after seeing pictures of the crispy duck skin from the duck that Dennis and Carol had, I had to get the duck.  The duck carving is a nice presentation.  They wheel out the duck on a cart, and carve it in front of you.  Since I whipped out my camera, the waiter handed the duck over to my brother for a picture. 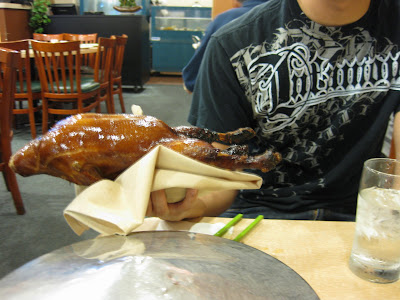 I do wish the duck was a bit bigger.  It was definitely on the small side. Here’s some blurry action shots of the duck being carved: 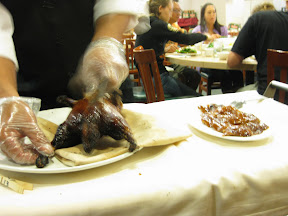 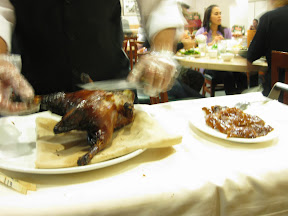 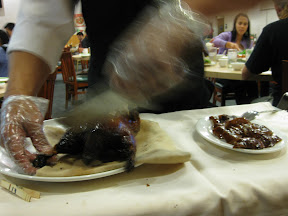 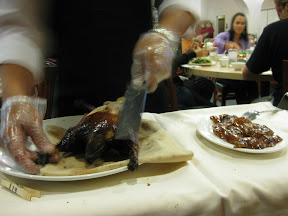 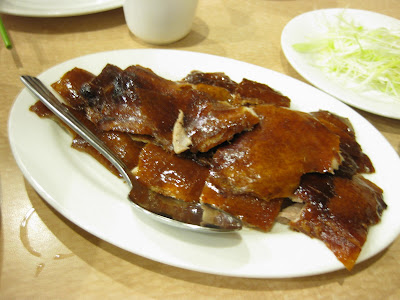 The crispy duck skin is served with steam buns,onions, and a sauce.  I do wish that it was plated better though.  The buns were displayed haphazardly on a steamer, some of them stuck to the bottom. 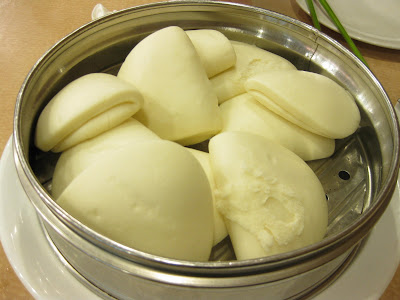 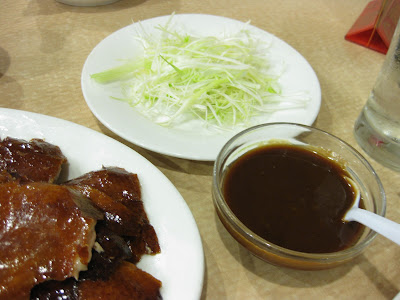 Usually when my family orders this dish, everything is nicely plated on a huge platter. 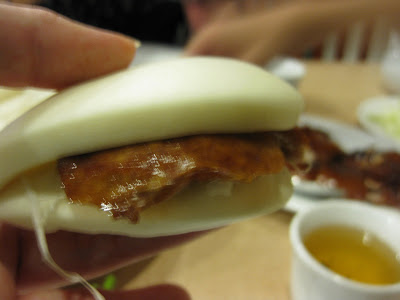 The duck skin was nice and crispy.  I wasn’t able to get a very clear shot though.

You get to choose the second way the duck is prepared.  There were three options.  I can no longer remember what they were.  I didn’t know which way would be best.  In the pictures from Carol and Dennis, they chose the lettuce wraps, so I chose the same thing. 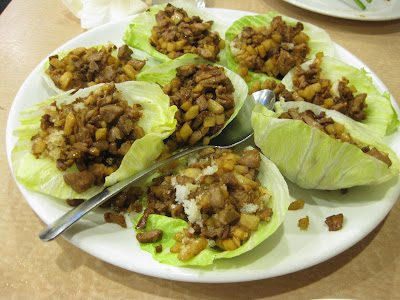 I wasn’t really a fan of the lettuce wraps.  I couldn’t taste the duck the way it was prepared.  The mixture inside the lettuce wraps was really salty.  Next time I’ll choose a different preparation.

We also ordered a fish fillet with vegetables. 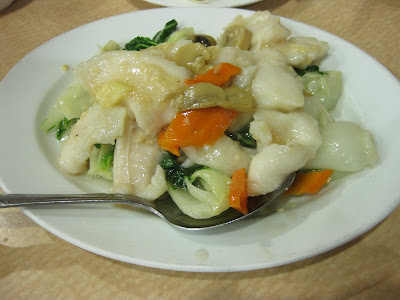 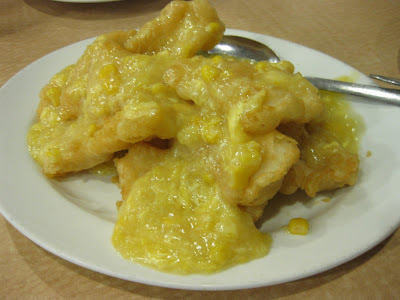 This was one of Kirk’s recommendations.  I was surprised to see the fish fillets were deep fried.  Normally when I order this dish, the fillet is not fried.  However, I liked this dish all the same.  The fish was not overfried.  The corn sauce went well with the fish. 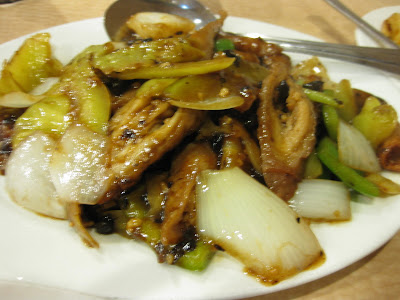 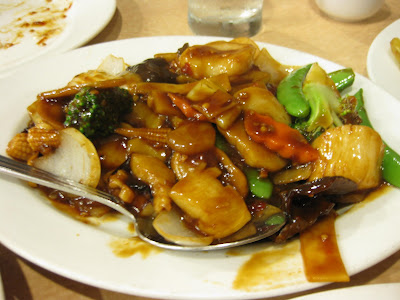 This was my least favorite dish of the night.  i didn’t like the sweet sauce. I actually made a mistake in ordering this dish.  Carol of CAB cooks had recommended that I try the squid with shrimp sauce, but when I was at Golden City, I couldn’t remember what she had recommended.  I only remembered it was a seafood dish and ended up thinking it was the scallop with garlic sauce.  Doh! Next time I’ll try the squid with shrimp sauce!

At the end of the meal we were given mung bean soup. 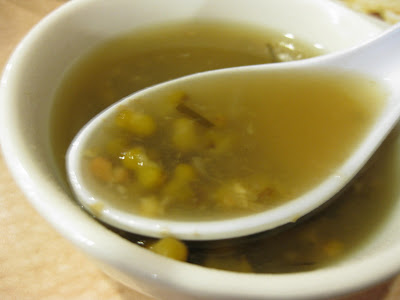