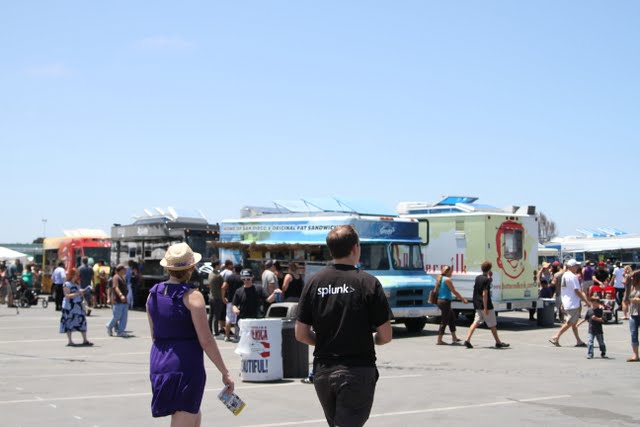 Two weeks ago I went to the second annual Gourmet Food Truck Festival held at Del Mar Racetrack. It was perfect San Diego weather to be outside. Sunny, breezy, not too hot. 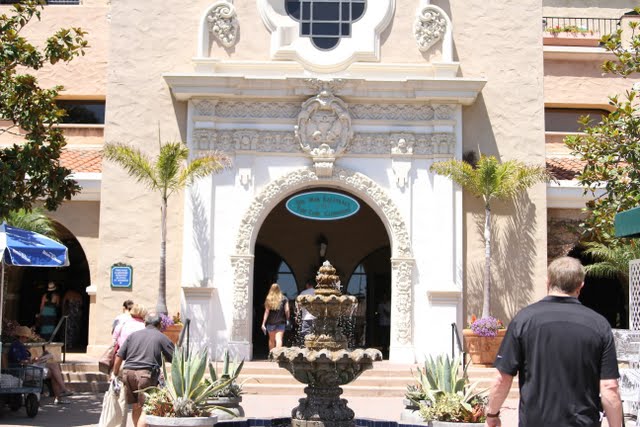 About 50 different food trucks from Southern California were in attendance and there was a selection of more than 60 craft beers as well. The admission fee was simply the cost of a race track ticket ($6), which was pretty cool because you got to watch the races too. 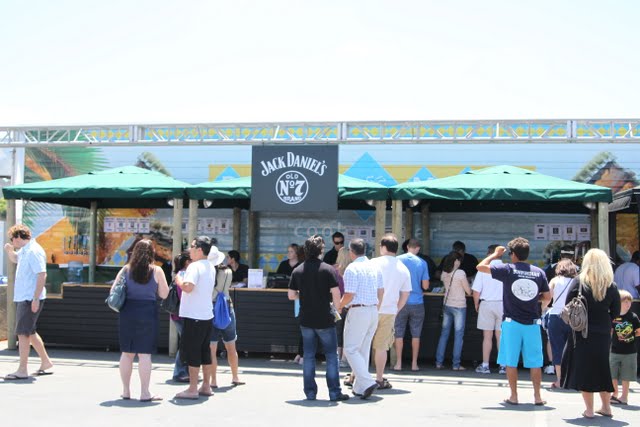 Because I have tried most of the San Diego trucks, I concentrated a lot on the Orange County and Los Angeles trucks. 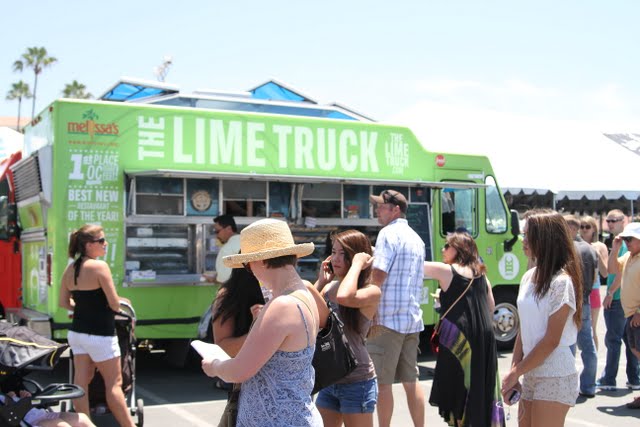 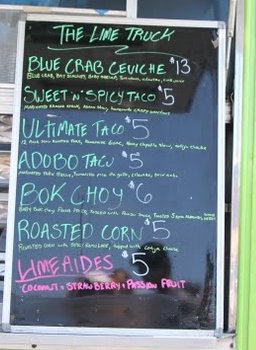 I watched them win The Great Food Truck Race and wanted to see what they were all about. None of the crew from the show were present though. The menu is always changing and on that day they offered a selection of tacos. 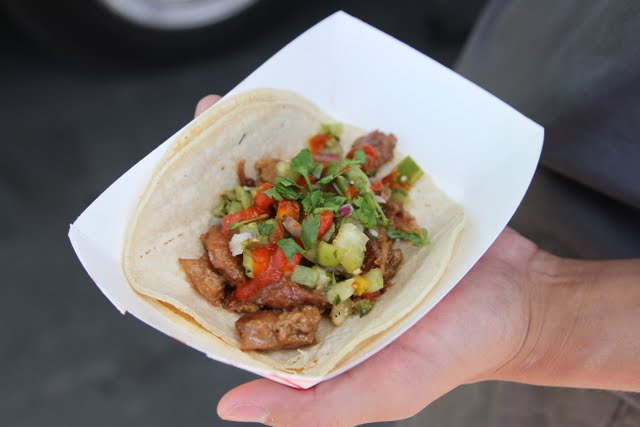 The person taking my order recommended this one. The pork was tender and flavorful, but it didn’t exactly wow me. 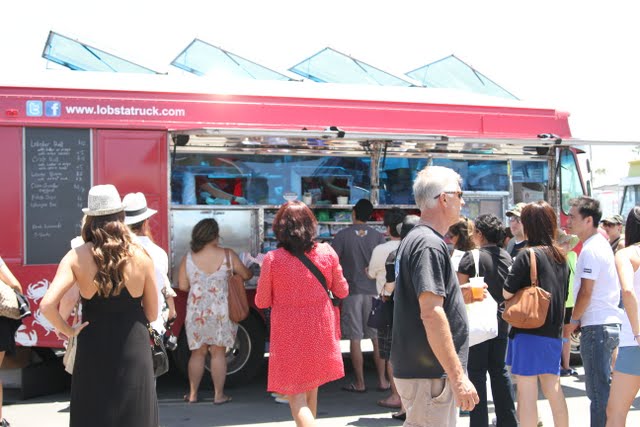 I had been wanting to try a lobster roll from Lobsta truck for the longest time. I wasn’t the only one. This truck definitely had the longest line of all the food trucks. You get a choice of butter or mayo with your lobster roll. I chose butter. 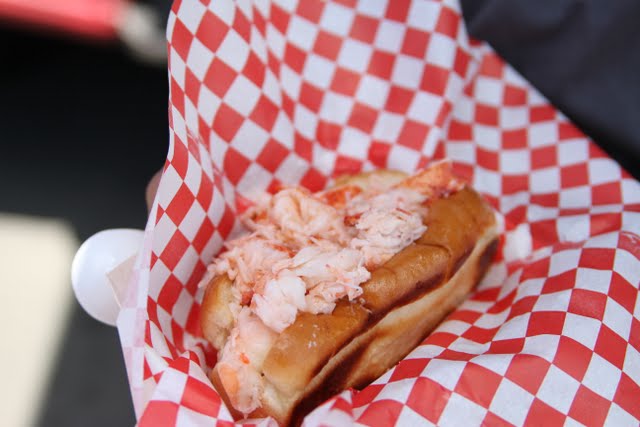 The roll was toasted and warm and it was full of succulent sweet chunks of lobster. I haven’t yet had a lobster roll from the East Coast so I don’t know how it matches up, but I enjoyed every bite and kind of wanted seconds. 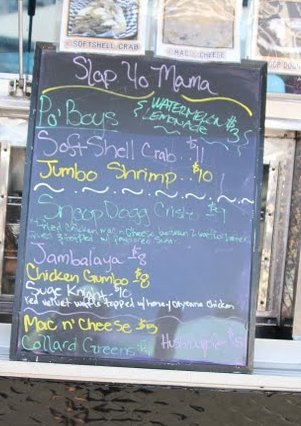 The truck name alone drew our attention. The menu also offered a slew of calorie bombs that DH really wanted to try. We opted for the Snoop Dogg Cristo: fried chicken with macaroni and cheese stuffed into waffles, and deep fried, and topped with syrup and powdered sugar. It was a take on chicken and waffles and even though it’s probably horrible for you, it also tasted a pretty darn good.  I was afraid to eat too much, but DH polished it off. I’m not sure how DH continues to eat these things and not gain any weight. 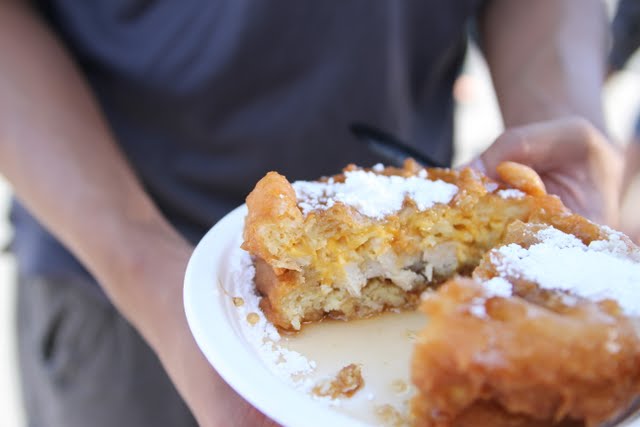 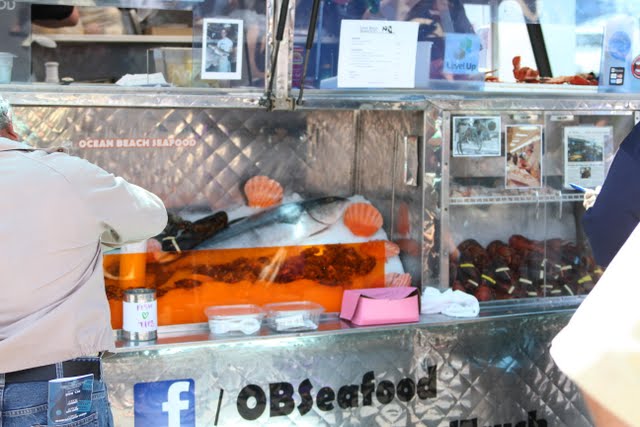 I love the display of seafood on this truck. Fresh lobster caught my attention at this local truck. We ordered the half lobster special. 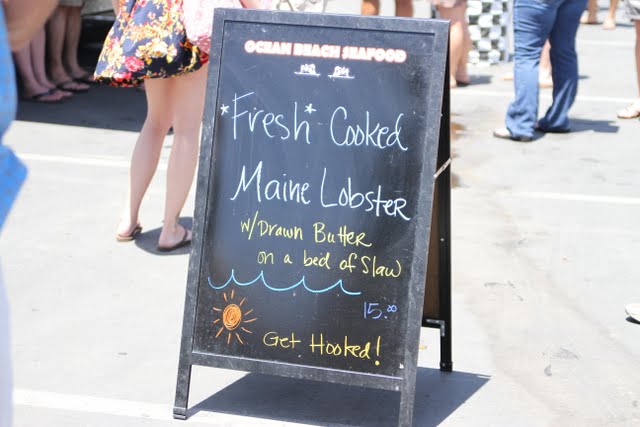 The cooked lobster was literally cut in half down the middle. The problem was that there were no utensils to eat it with. It was pretty easy to get the tail meat out but the rest of the lobster was hard to remove. And it was messy. 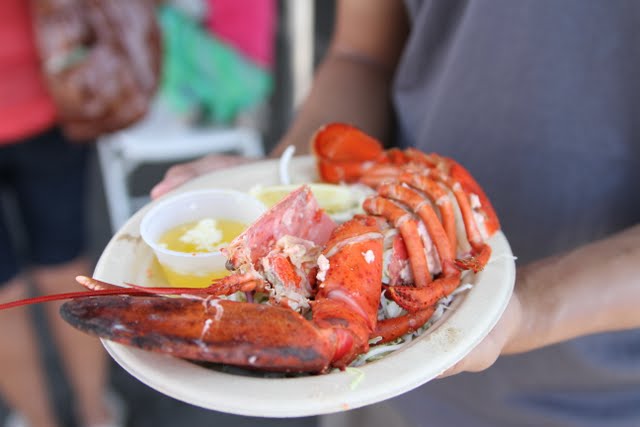 Overall, we had a really good time at the Festival. I had wanted to attend last year but had a schedule conflict. I was happy to see that most of the lines were short so there wasn’t a long wait to get food. We were able to get food at all the trucks we wanted in under an hour. Before leaving, we had to check out a few races. 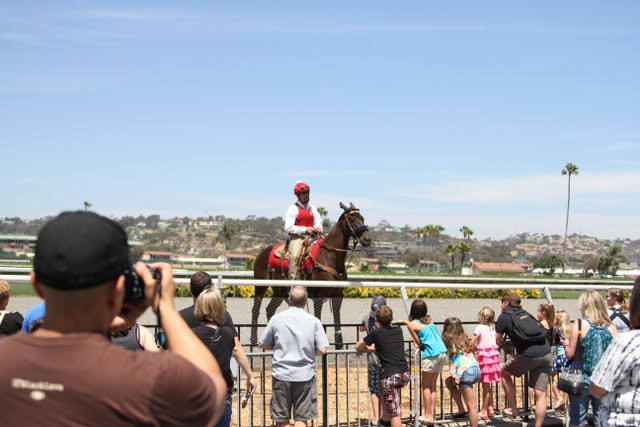 And see the horses. 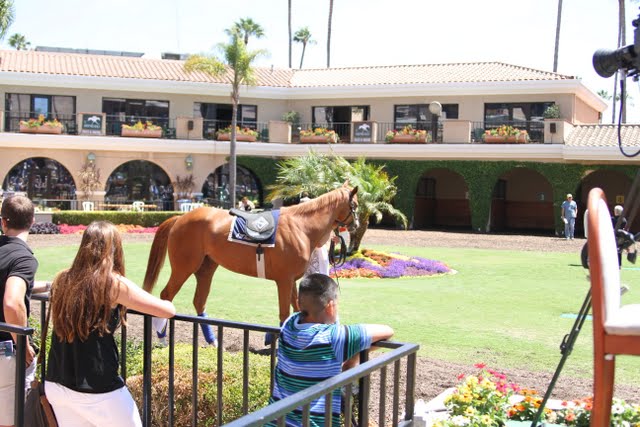 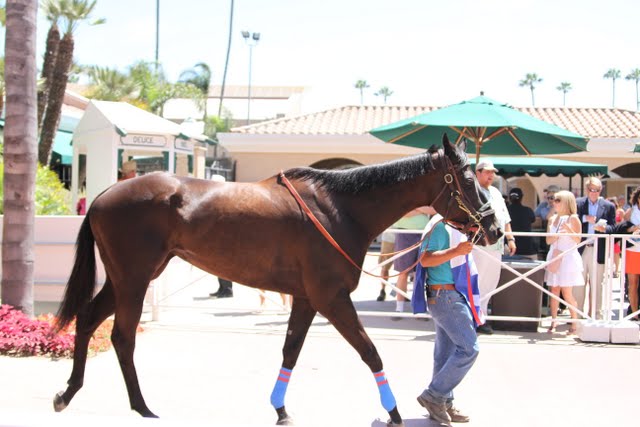 Please note, I was provided with two complimentary tickets to the event as well as some truck bucks to spend on food. I was not paid for this review and my opinions are my own.