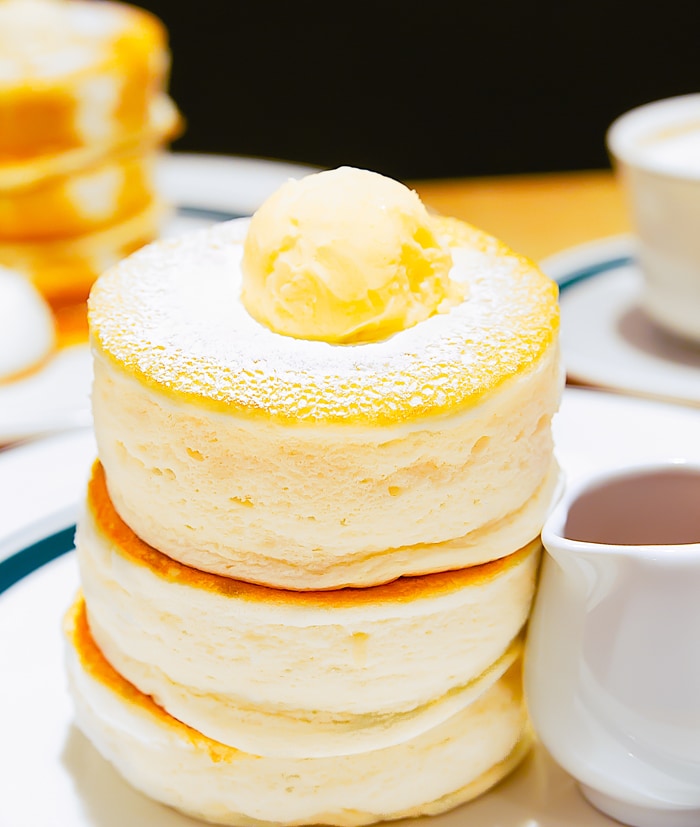 Gram is a pancake chain in Japan with more than a dozen locations and the cafe is known for their premium souffle pancakes. This was one of my favorite bites from our Japan trip. 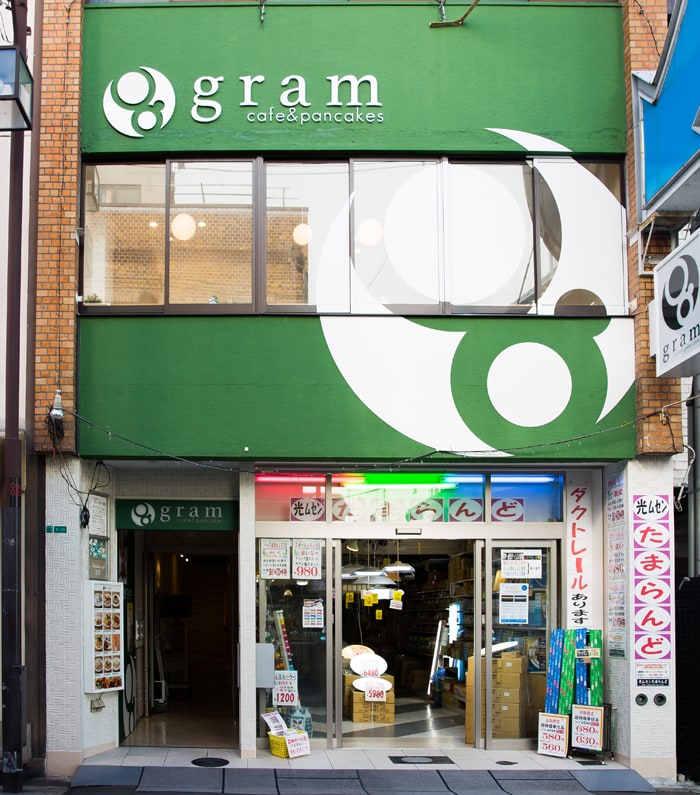 We originally were going to visit a store in Tokyo, but ended up going to one in Osaka instead. The special pancakes take 30 minutes to make, so they limit the times they serve them to three sessions a day (11 am, 3pm, 6pm), and 20 orders per session. They have rules stated clearly when you enter the restaurant, so that you know how to order the special pancakes. 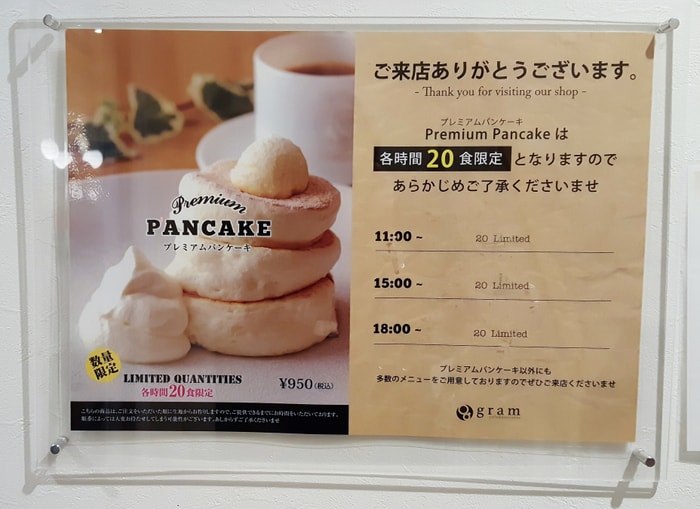 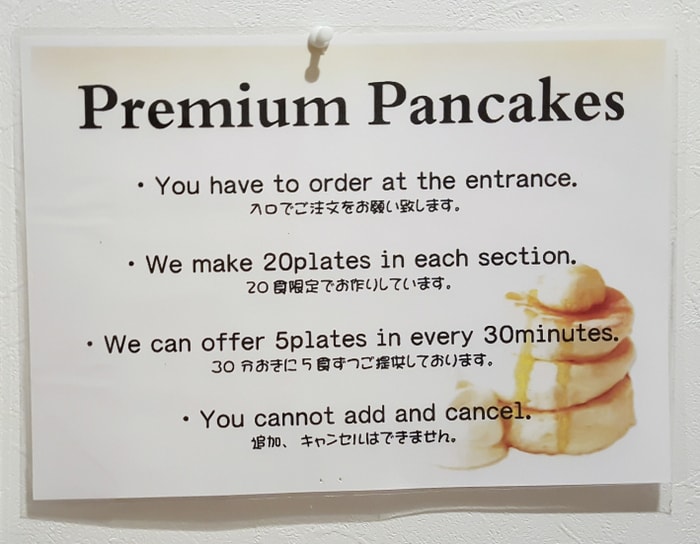 I did think it was strange that a place that serves mainly pancakes doesn’t open until 11:00 AM, but we made sure to get there about 30 minutes before they open so that we’d be one of the first people in line. Since it was a weekday, the line wasn’t too bad and they actually took our pancake order while we were waiting in line, so that when the cafe did open, our pancakes came out almost immediately. 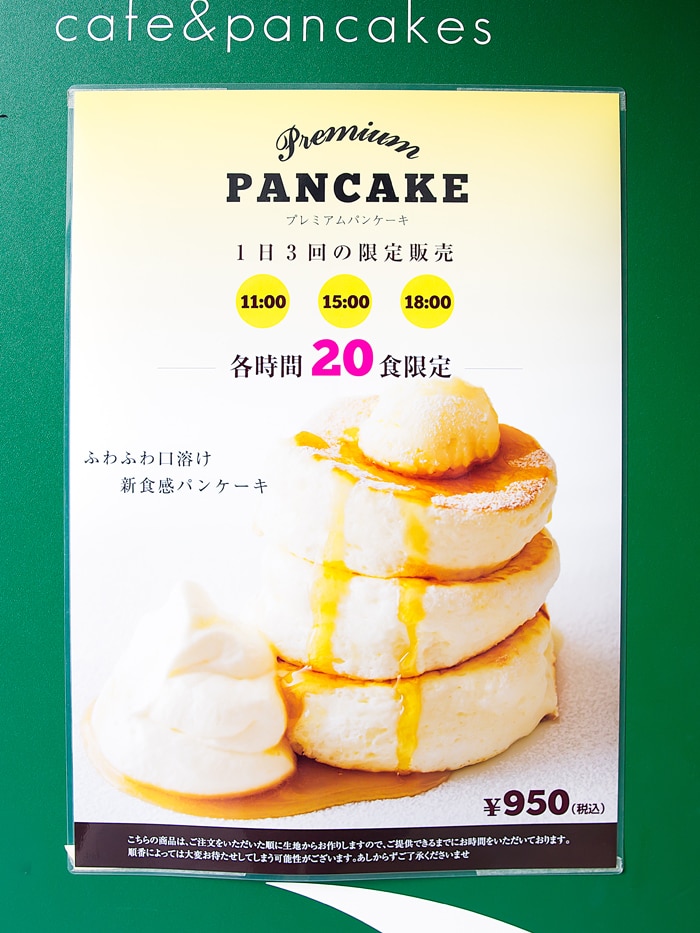 I briefly debated getting something else from their menu but my research indicated that it was best to stick to the premium pancakes. So we placed two orders of premium pancakes along with a latte and a cafe au lait. The cafe has cute and whimsical decor, though the harsh yellow lighting made good photographs difficult. 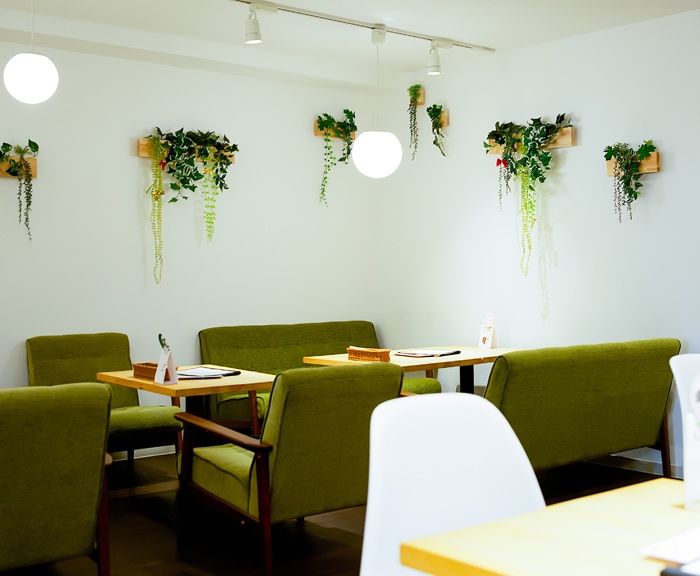 Soon after we were seated, our stacks of pancakes arrived. Each order comes with a tower of three very fluffy pancakes, served with whipped cream, syrup and butter. 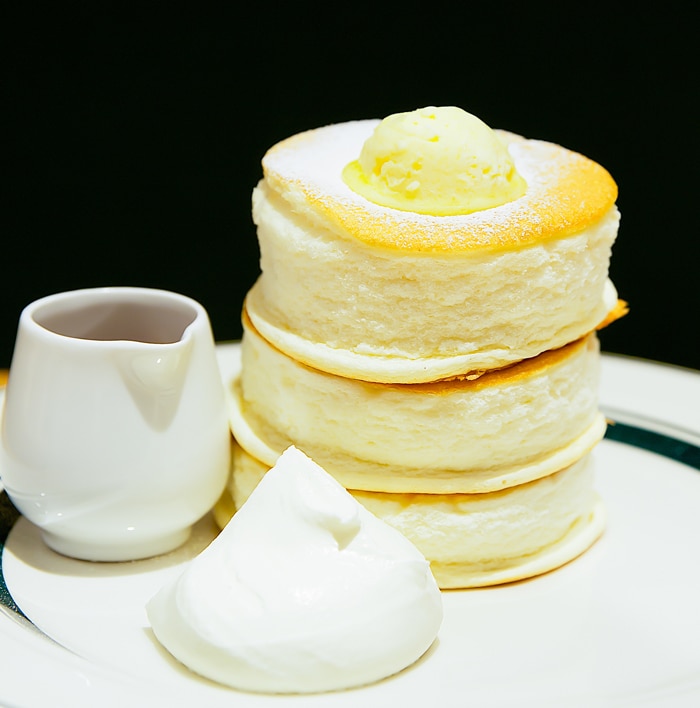 People seem to like to take videos of how the pancakes wobble, but I didn’t really care about that. I just loved seeing how tall and fluffy they were. I rarely use the word floofy (except when talking about bunnies), but these pancakes were so floofy! 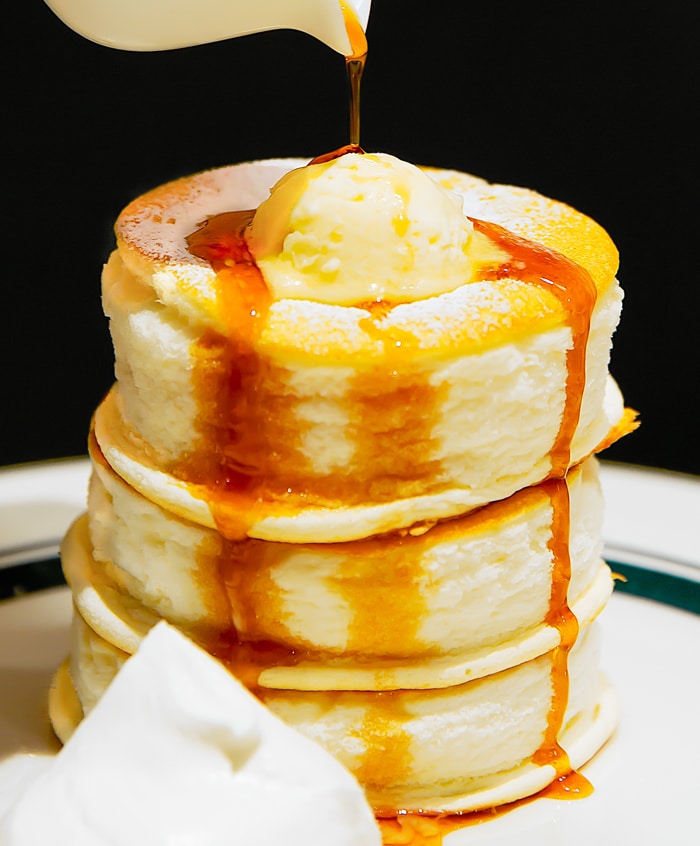 One bite in and I couldn’t believe how fluffy these were! I’ve made several versions of Japanese-style pancakes before including giant rice cooker pancakes and Japanese hotcakes that look like these (recipe here), but these were not like any pancakes I’ve had before.

The texture is very similar to Japanese cheesecake, very airy and soft and almost souffle like. Actually the first few bites had a slight eggy taste, but it disappeared once the pancakes cooled a little and were mixed with syrup. The edges of the pancake are slightly chewy and taste like traditional pancake batter. I don’t quite yet know how they make these, but I do plan on making them soon. I believe it is pancake batter, but perhaps with more eggs and whipping them into a meringue state and then baking the batter in molds. 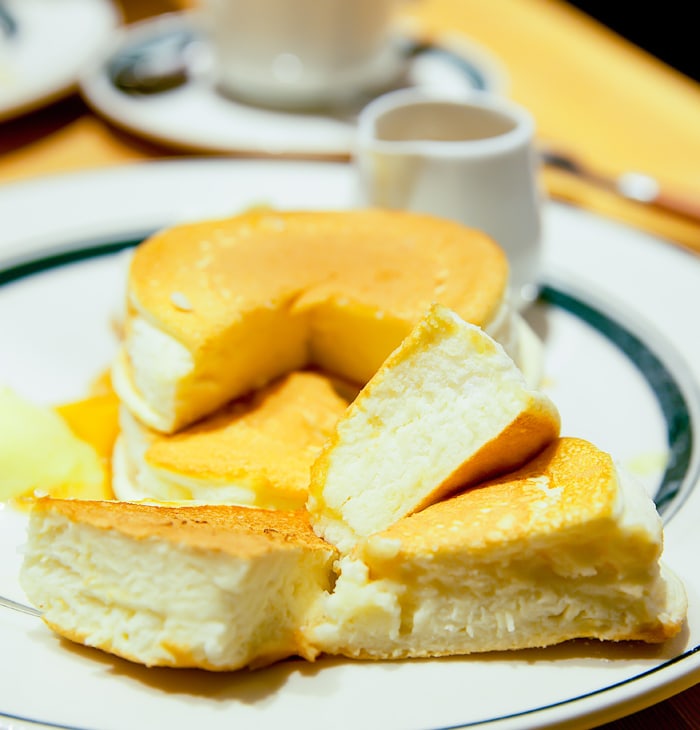 I don’t remember much after the first two-three bites because I basically inhaled my entire plate and suddenly my very floofy pancakes were gone. It’s a very good thing we each got our own order.

Overall, we really enjoyed these pancakes and thought these were definitely worth checking out. I recommend coming on a weekday morning to avoid long lines.