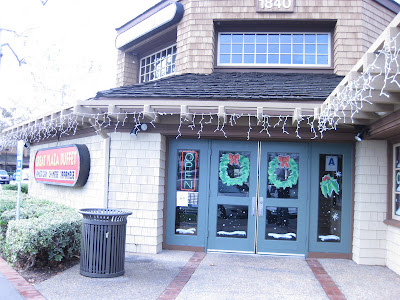 A long time ago, I used to eat at Great Moon Buffet, which is now known as Great Plaza Buffet.  When a bunch of other chinese buffet places started popping up in San Diego, I stopped visiting Great Plaza Buffet.  I noticed the name change as well as coupons for Great Plaza Buffet, and I thought it would be interesting to see how it is after so many years.  With lunch priced at $7.79 (including drink) and a 15% off coupon, it was worth a visit.

The buffet was pretty standard with all the other chinese buffets of this nature.  There is a small sushi section, some stir fry chinese dishes, some American items, soups, dim sum, salads, fruits, soft serve ice cream, and some cakes and cookies that always look like they’ve been sitting out forever no matter which buffet I visit.

I was pleasantly surprised that the sushi section at least looked edible.  While not many options, they had some pretty handrolls with seaweed, sashimi and a few rolls. 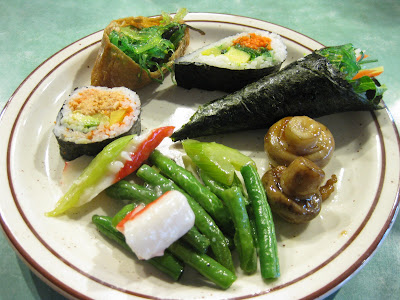 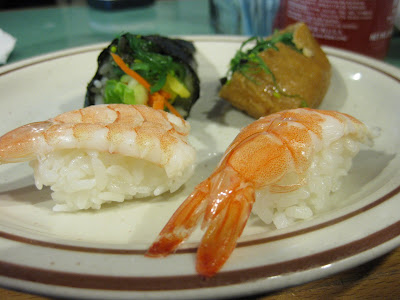 For soup, they had choices of clam chowder, hot and sour, egg drop and wonton.  I went with clam chowder and it was pretty good. 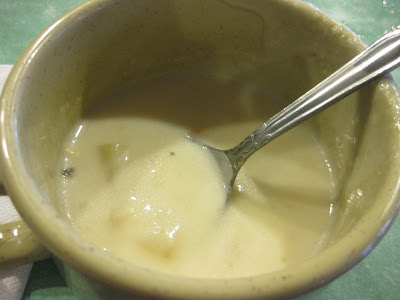 The dim sum selection looked really unappetizing and I didn’t try it.

Compared to other chinese buffets, I thought the chinese dishes were more limited at Great Plaza. 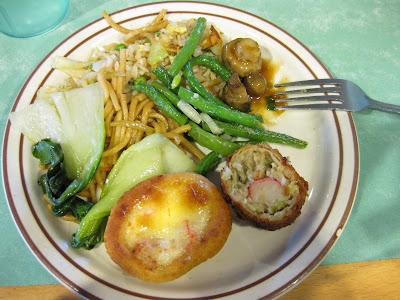 Some of the dishes that I have not seen at other buffets was this crab mayonnaise mix on a donut item.  I found it to be way too greasy and oily though.  The mayonnaise crab mixture is already oily and on top of a fried donut.  I didn’t enjoy it.  They also offered a lobster roll, though there’s no lobster inside. 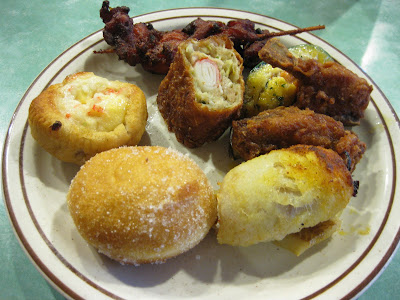 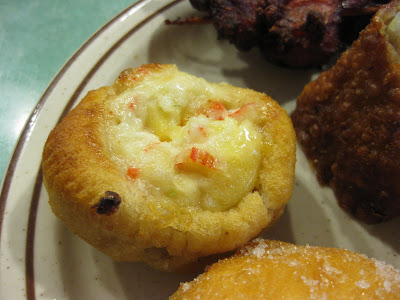 I didn’t really enjoy any of the American offerings.

For the fruit selection, the only fresh fruit were melon slices.  Then there was some canned fruit. 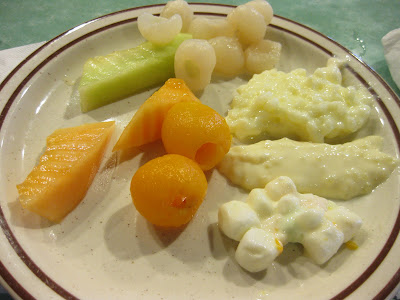 All the chinese buffets seem to have the same dessert selection. The same macaroons, cakes, almond cookies.  I usually like to have a few almond cookies but the ones here tasted soft instead of crispy, not fresh tasting at all. 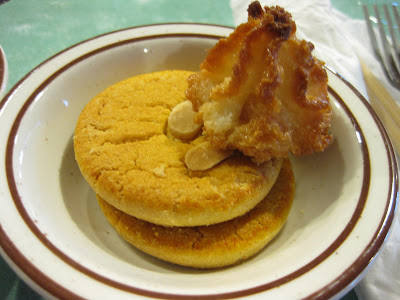 The ice cream was actually pretty good.  Some of the chinese buffets have ice cream that tastes really watered down. 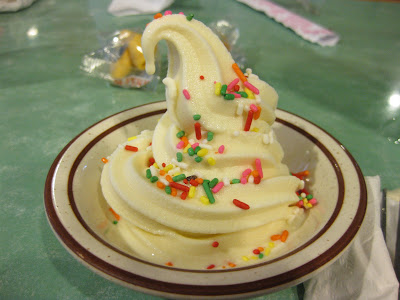 All in all, the buffet was just okay.  It’s slightly cheaper than the other chinese buffets in San Diego, but it also has less offerings.