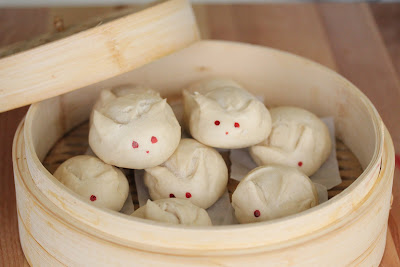 Happy Chinese New Year everyone! Since the chinese follow the Lunar calendar, Chinese New Year falls on a different date each year on the Western calendar. This year, it is on February 3, 2011.

I was trying to go for a simple design, and I envisioned for the long ears to be pulled back. They didn’t come out exactly as I had pictured, but I think they came out fairly cute. There are more details about the recipe and how to make these discussed below.

While Chinese New Year is technically only one day in the US and other parts of the world that don’t really celebrate it, in the parts of Asia that do celebrate it, it is a much bigger holiday, lasting several days.

Businesses and schools have many days off, sometimes up to a week, to properly celebrate the holiday. I’ve only experience Chinese New Year once in Taiwan, but I remember it well. The days leading up to New Year’s eve were full of frenzied cooking in preparation for the big feast. New Year’s Eve is traditionally celebrated with a large family feast, the idea being to bring and gather family together. It is also supposed to be bad luck to cook on New Year’s Day, so enough food must be made for leftovers the next day.

The days following New Year’s Eve were so much fun during the one time I celebrated in Taiwan. For once, no one had to work and my cousins didn’t have to go to school or go to their study prep classes. We spent days just playing games and the adults playing mahjong.

Another tradition is that kids are given red envelopes with money (hong bao) by the adults on New Year’s Day. This is something I miss getting.

The food eaten during New Year’s varies depending on where you are from. In northern China, it is tradition to make dumplings. The dumplings are folded to resemble the money from ancient China, to bring wealth in the New Year. 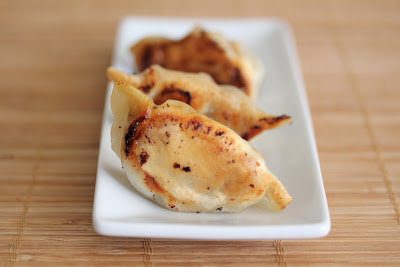 In Taiwan,one tradition is to eat around a pot, similar to hot pot, except there is a hole in the middle of the pot and the food is placed on the sides and already cooked.

Most of the traditional foods found during New Year’s revolves around symbolism for generating luck in the coming year. For instance, one common food is New Year’s Cake (nian gao), a simple cake made of brown sugar and glutinous rice flour which is then steamed. The cake is chewy, like mochi. After it is made, it is usually set to harden in order to easily transport and give to others. To let it be chewy again, it needs to be heated up, so it is usually cut into small squares, dipped in egg and then fried. There are other flavors of the new year’s cake such as red bean, taro, red yeast, but brown sugar is the most common one.  Nian gao literally means “year cake.” However the words sound the same as the chinese words for “year high,” or prosperous year, so it is eaten with the idea that it will bring luck and prosperity in the New Year. 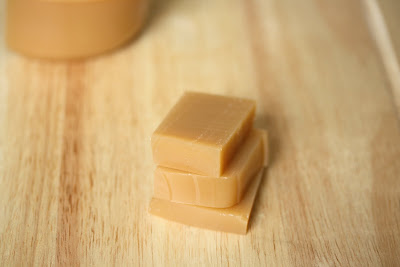 Radish cake is also often made this time of year. It is shredded radish mixed with rice flour and then steamed, and is basically the savory version to New Year’s cake. It is then cut into squares and pan fried. The dish is often served at dim sum as well. 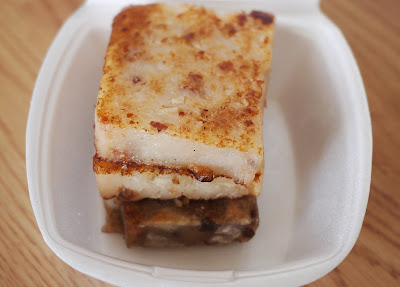 Fa gao, sometimes called Lucky cake or Prosperity cake, is a steamed flour cake that more resembles what we think of when we use the word cake. Fa means to be raised or leavened which describes what happens to this cake when steamed. However, it also mean to prosper, so eating this cake is also supposed to bring prosperity or luck. 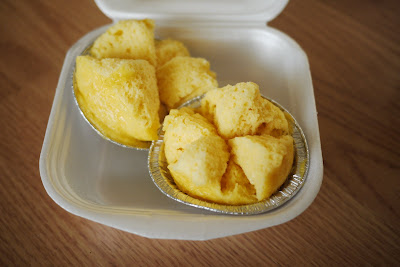 So whether you celebrate Chinese New Year or not, here’s wishing everyone a happy and prosperous year!

For those interested in the bunny steamed buns, I actually started with a steamed bun mix for these. Even though I had successfully made my own steamed mantou buns, I was curious as to whether the mix would be easier or better tasting. There are several steamed bun flour mixes, sometimes called pao flour, available at asian grocery stores. At Ranch 99, I found them near all the other small flour packs like glutinous rice flour, tapioca flour, etc.

The mix wasn’t really any simpler than the mantou I made from scratch. I still had to add stuff to the flour mix, the only thing I didn’t have to add was yeast. I also still had to go through a lot of kneading on my stand mixer. 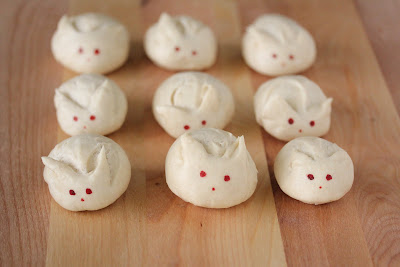 While the dough came out fine, I actually preferred the taste of the mantou recipe I made from scratch. So next time, I won’t buy the flour. If you do try the flour mix, it has directions on the back for what you need to add to the flour and how long you have to knead and let rise, etc. 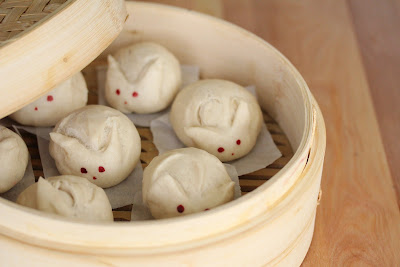 After I was done kneading the dough, I gathered it into a ball and then broke it into about 16 dough balls. I took each dough ball and made a smooth circle and then let them rise for about 20 minutes. You can add filling inside these dough balls, the most traditional is red bean. I actually made my dough more sweet than what the flour mix called for because I didn’t want to add filling to these balls.

Once the balls were done rising, I took a pair of kitchen sheers and I snipped two pieces on the tops of the balls to form laid-back ears. I then put each dough bunny on a small square of parchment paper and stuck it in the steamer to steam for about 15 minutes. After they had cooled, I took a tiny paintbrush and red food coloring to make the eyes and nose. I chose red because a lot of the white bunnies I see usually have red eyes. 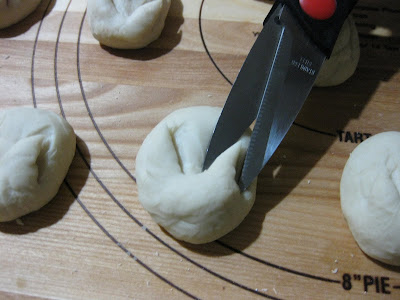 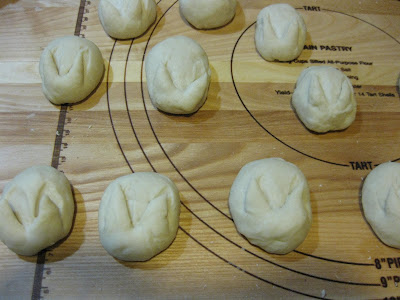 These are easy to make whether you make them from scratch such as using this recipe or from a flour mix. They make great gifts for friends and family too! 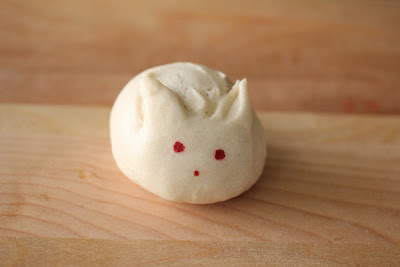