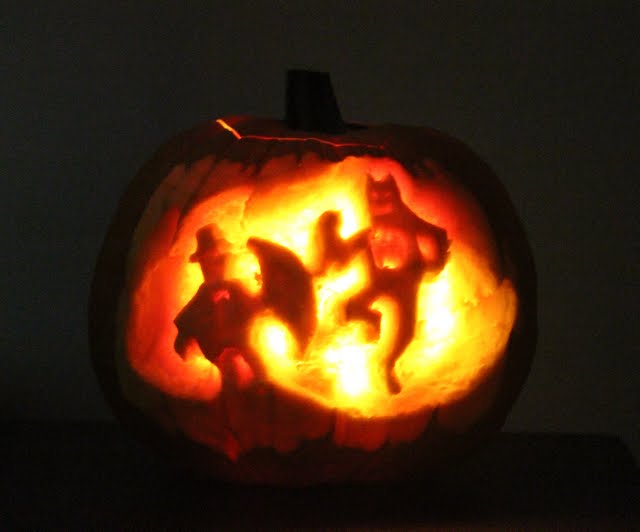 I hope everyone has a safe and Happy Halloween!

DH and I don’t really do much Halloween celebrating, but a few years ago we started up the pumpkin carving tradition. And by we, I mean DH. I just watch and take pictures of the final result. Three years ago he decided to enter a pumpkin carving contest at work despite never having carved a pumpkin.

Since my pumpkin carving experience from childhood had been limited to carving triangle eyes and jagged teeth into a pumpkin, I was pretty surprised that his first carving was this haunting Red Riding Hood Scene. 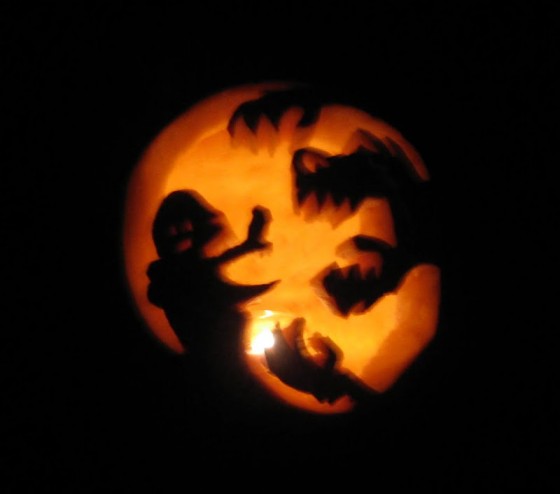 Two years ago, the pumpkin carving contest at work required them to draw on the pumpkins, so he came up with this. 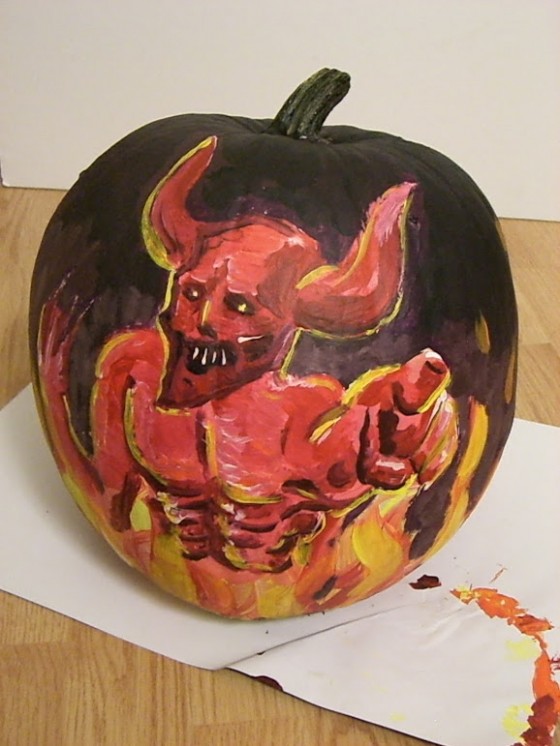 Last year there was no carving contest at work. He entered a random one, but we can’t find any pictures.

This year the theme for the carving contest is super heroes, so he did this Batman and Penguin scene. But instead of just regular carving, he decided to take on 3-D carving. Given his lack of tools or drawing template, I thought he did a pretty good job. 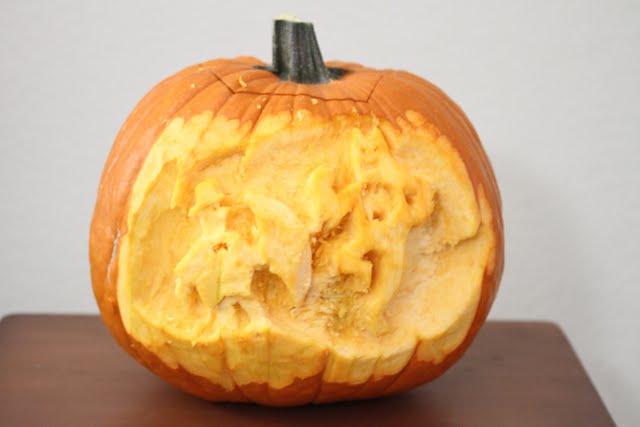 He also carved me my “cute” pumpkin, using my favorite character, Donutella from the Tokidoki brand. A character with donut ears and a donut skirt, how could I not fall in love with her? 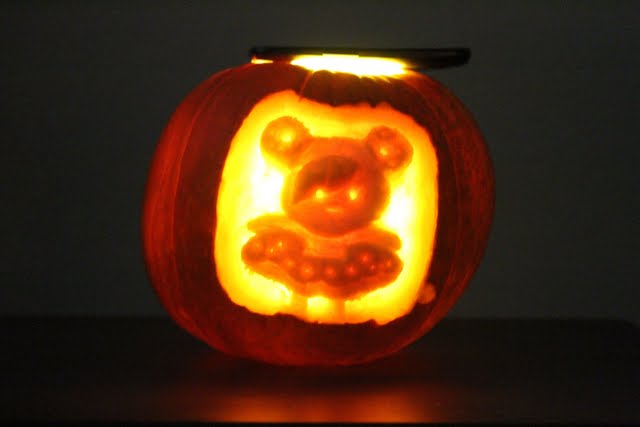 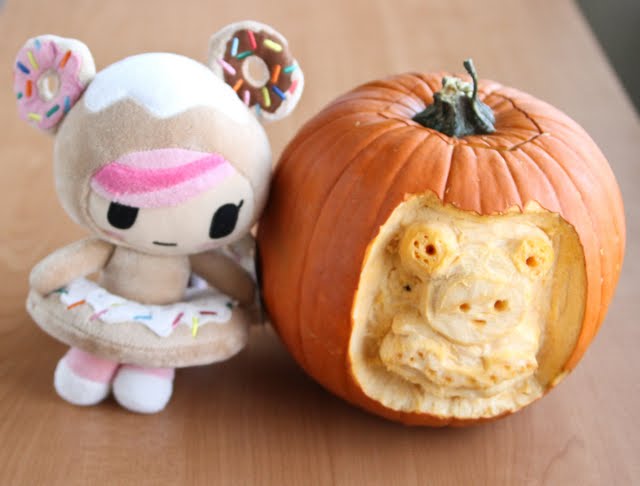 I didn’t bake any Halloween themed desserts this year. Actually, normally I never do. Last year was the rare occurrence when I did two: 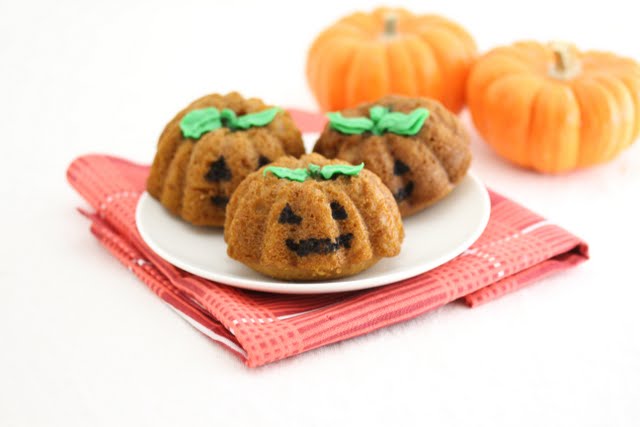 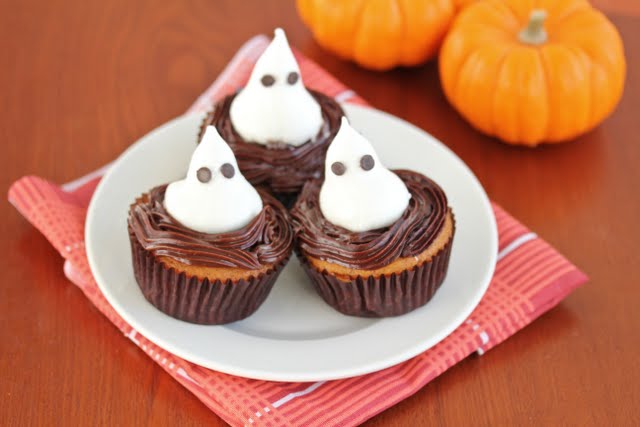