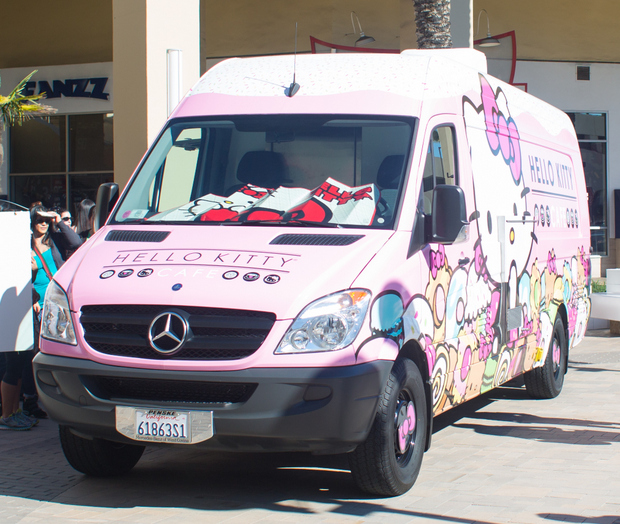 The Hello Kitty Cafe truck made a brief appearance in San Diego this past Saturday. The Hello Kitty Cafe will be opening later this year somewhere in Southern California, but until then, their mobile truck has been making stops to spread its cuteness.

From Eater, I knew the truck would be parked at Fashion Valley for the day. I went with a few Hello Kitty-loving friends, including Jinxi, to check it out. We arrived right when they were planning to open (10:00 AM), but the line was already madness. I’m not usually willing to wait in lines, even for Hello Kitty, but since I had some good friends there, it didn’t seem as bad and it gave us a chance to catch-up. 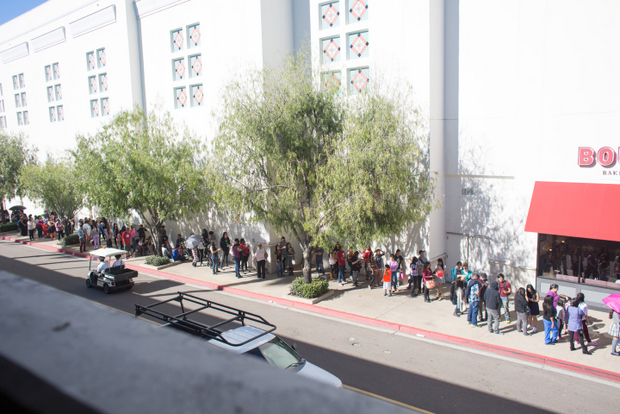 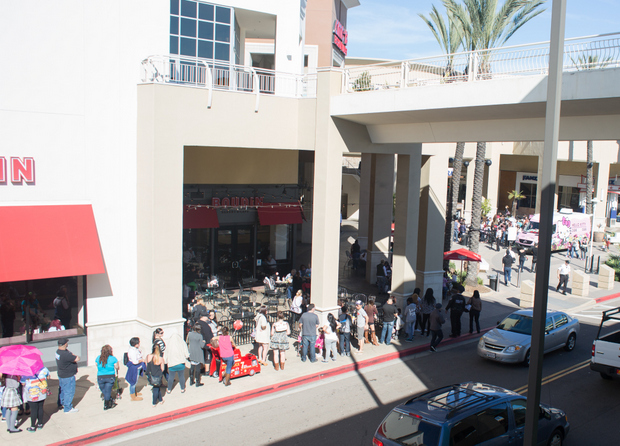 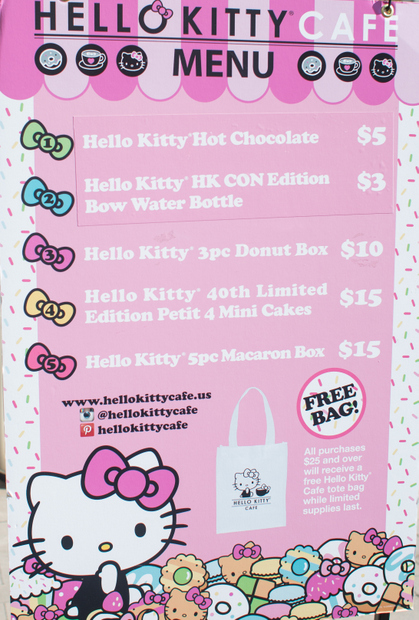 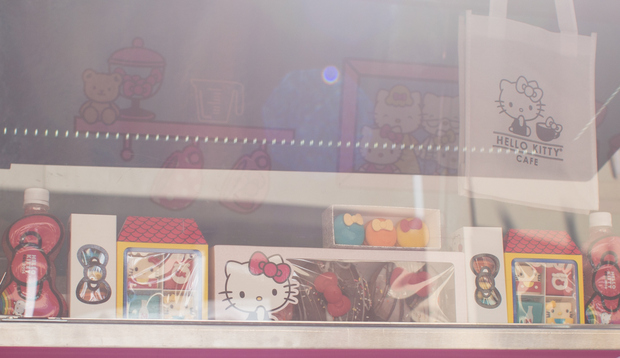 I thought the mini cakes were the most special, covered in fondant, with two of them decorated to look like Hello Kitty characters. If you purchased $25 worth of stuff, you get a free tote.

Since there was no wait for food to be made, the line moved steadily, but it still took quite a while. We ended up waiting 2 hours before we got our stuff!

This is what I ended up with: 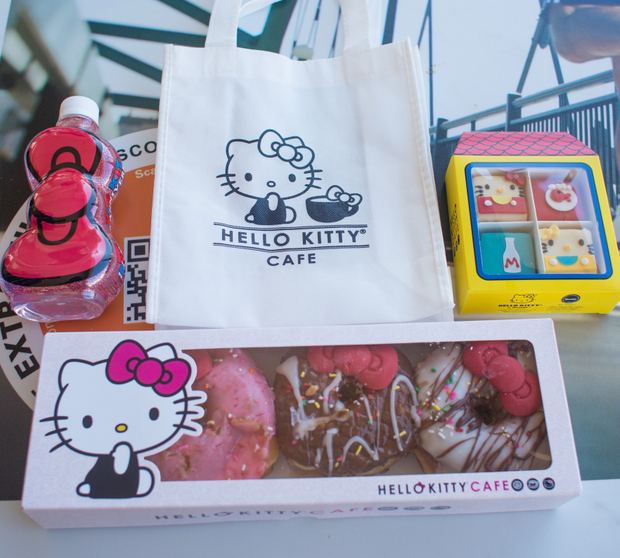 I was a little upset to find the pink donut smooshed. It happened to the others in my group as well. The donuts were light and fluffy and still tasted pretty fresh the next day. They are like your typical bakery frosted donut. 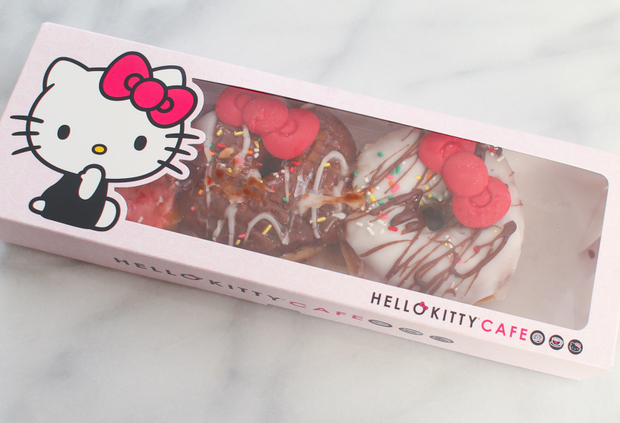 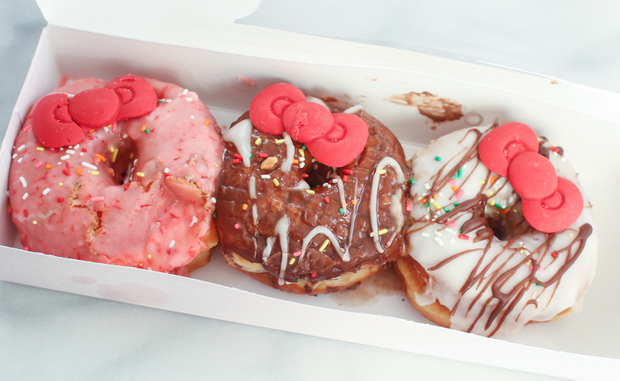 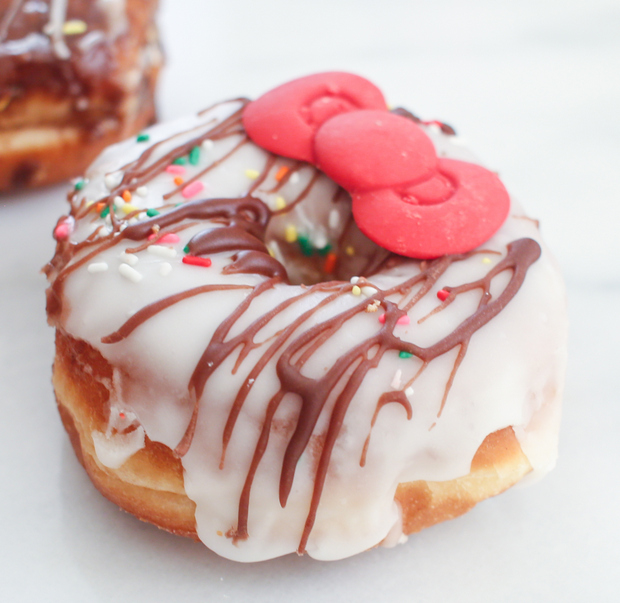 I did not get the macarons. My friends who did said they were good on the first day but the shells dried out a little too much after that and they turned a little crumbly. I did get a water bottle for a souvenir: 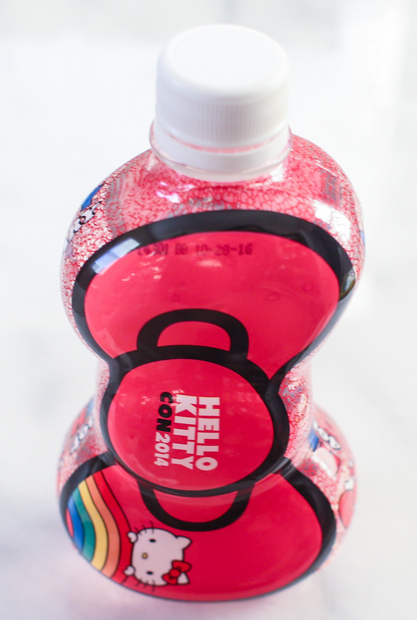 I’m saving the cakes for last and having the hardest time trying to eat them because I don’t want to ruin them. They are just so cute and I want to preserve them forever. 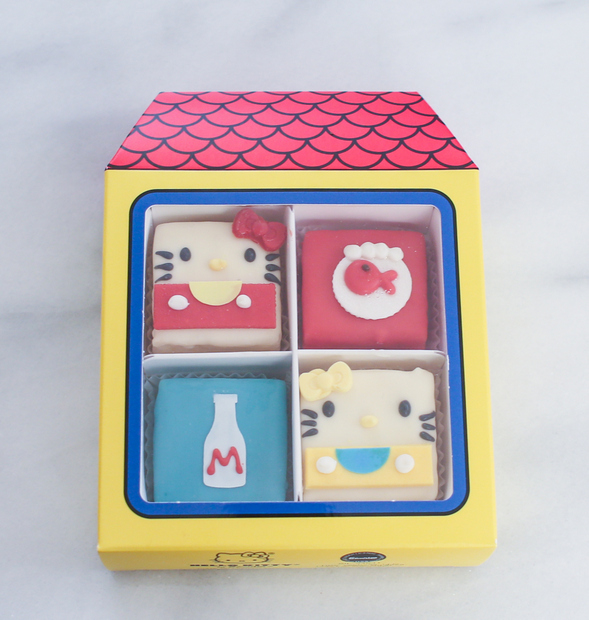 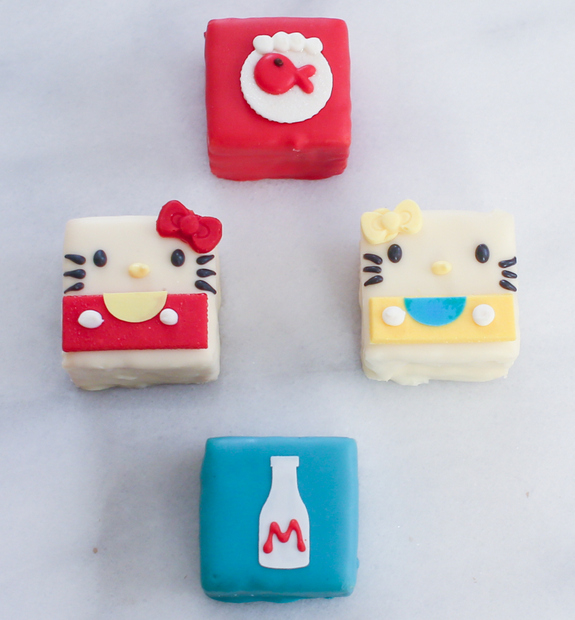 I’m excited for when the Hello Kitty Cafe makes its debut. I’ve seen the ones in Taiwan and they have an impressive array of foods, desserts, etc. I’m hoping that the Southern California one will be just as good. 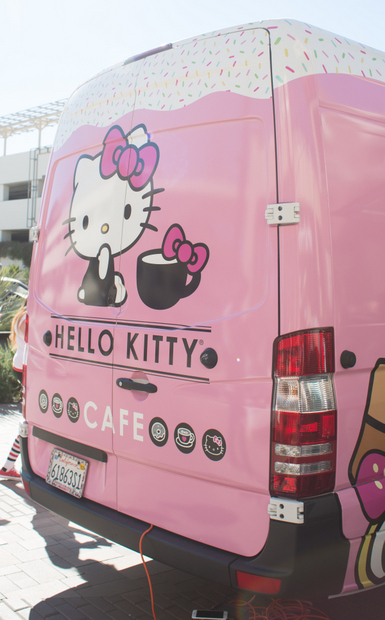