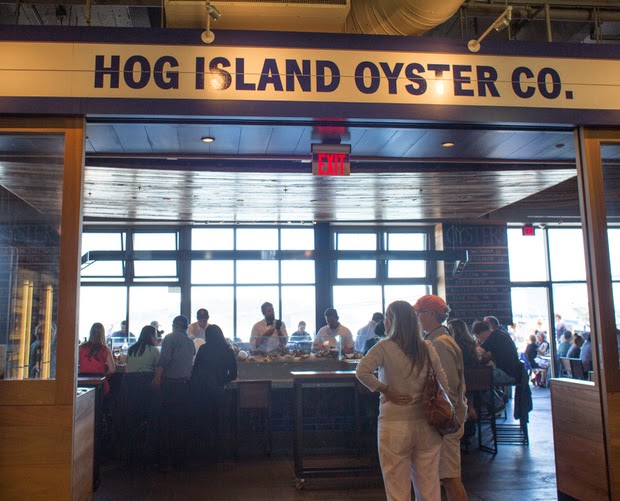 Hog Island Oyster Co. is a popular destination for oysters and seafood, located inside the Ferry Building in San Francisco. 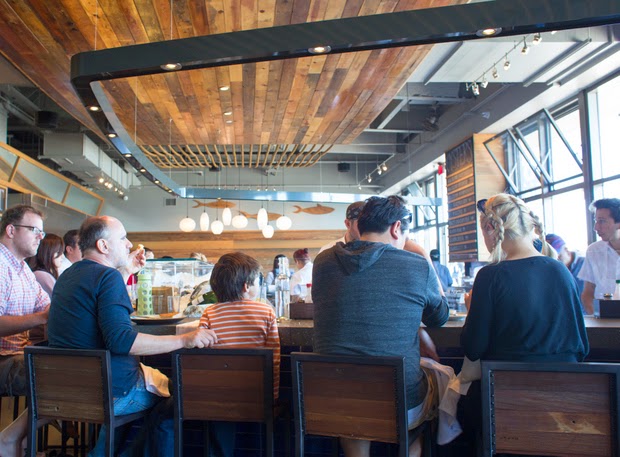 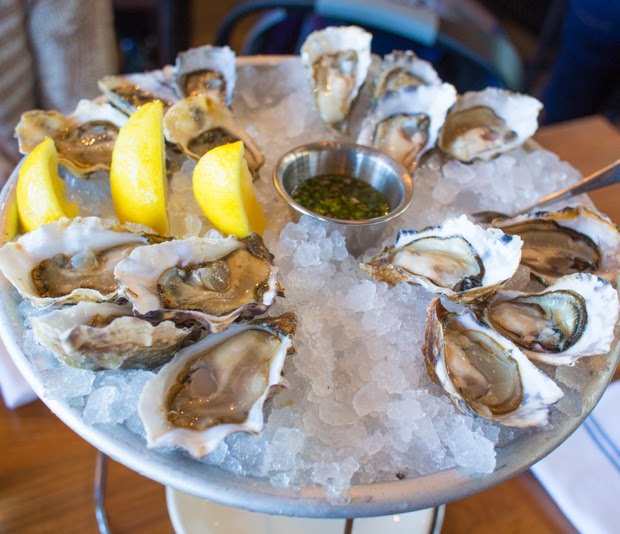 Apparently I forgot to take a picture of the menu or write down the oysters we had. There were about 9 different to choose from. We were hoping for Kumamoto ones but they weren’t on the menu that day. We ended up choosing four different kinds that we were told would have a sweeter finish.

I still feel like an amateur when it comes to eating oysters, but these were definitely the best we’ve had so far. I really do wish I wrote down the names. They all were fresh, and you could distinctively taste the finishes, from creamy, to crisp, to sweet. 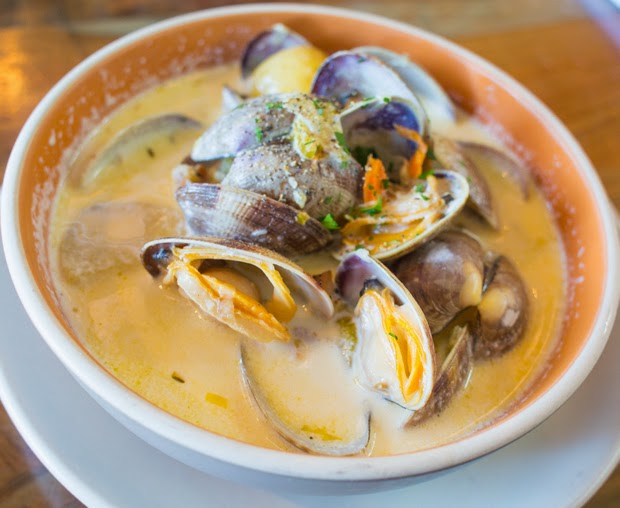 At $14 a bowl, this may be the most expensive bowl of soup I’ve ever ordered. To their credit, this is not your typical clam chowder with bits of canned clams. Instead, the soup is loaded with meaty manila clams. The soup texture is also more of a creamy broth rather than a hearty thick chowder, but it was still satisfying. 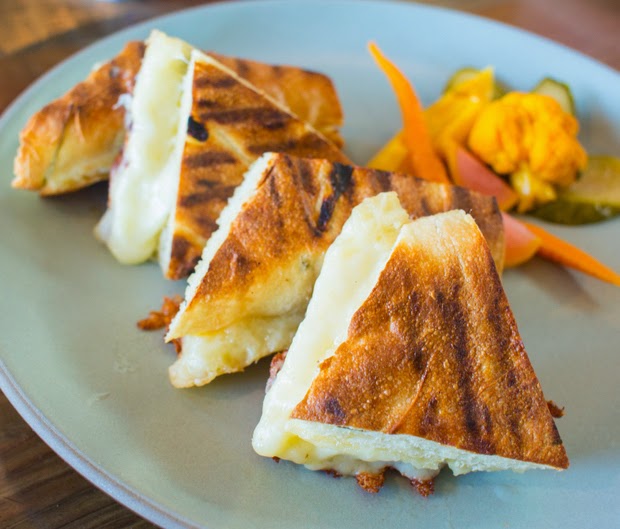 The sandwich is made with Cowgirl Creamery’s cheeses and pairs well with the clam chowder. 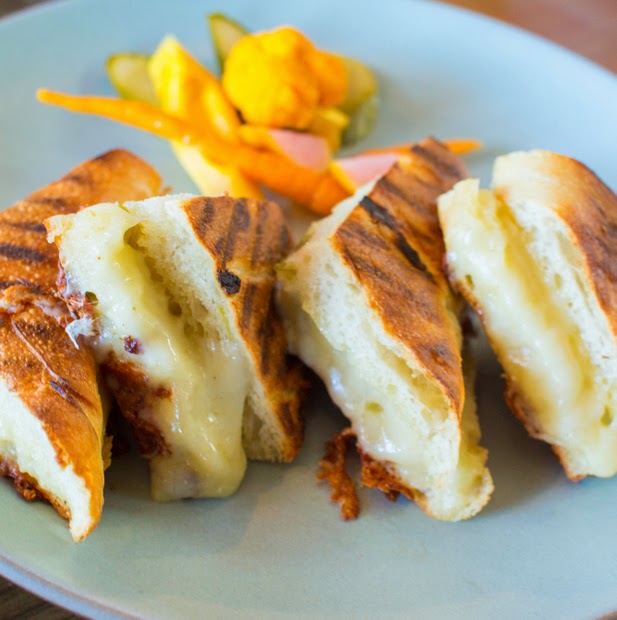 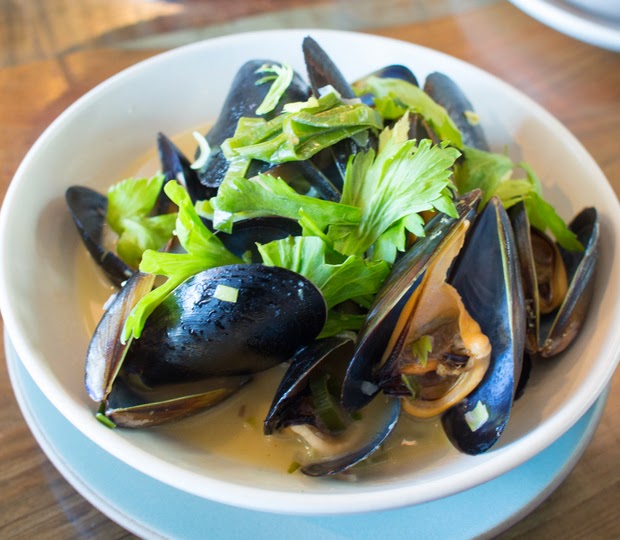 The just barely cooked mussels were tender and retained some of the briny sea flavor. They were bathed in a buttery wine sau

View from the back of the restaurant while we waited in line. They don’t take reservations so I advise you to come early to avoid a long wait. 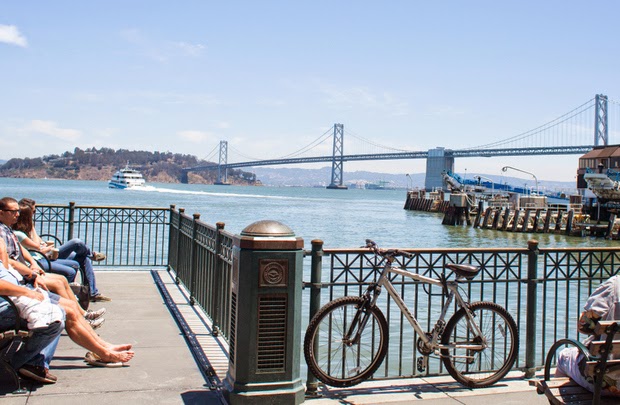 Overall, we had a good time here. It’s a little on the expensive side, but that’s a given for this touristy area. The food was good though, especially the oysters, and it’s definitely a highlight of the Ferry Building.