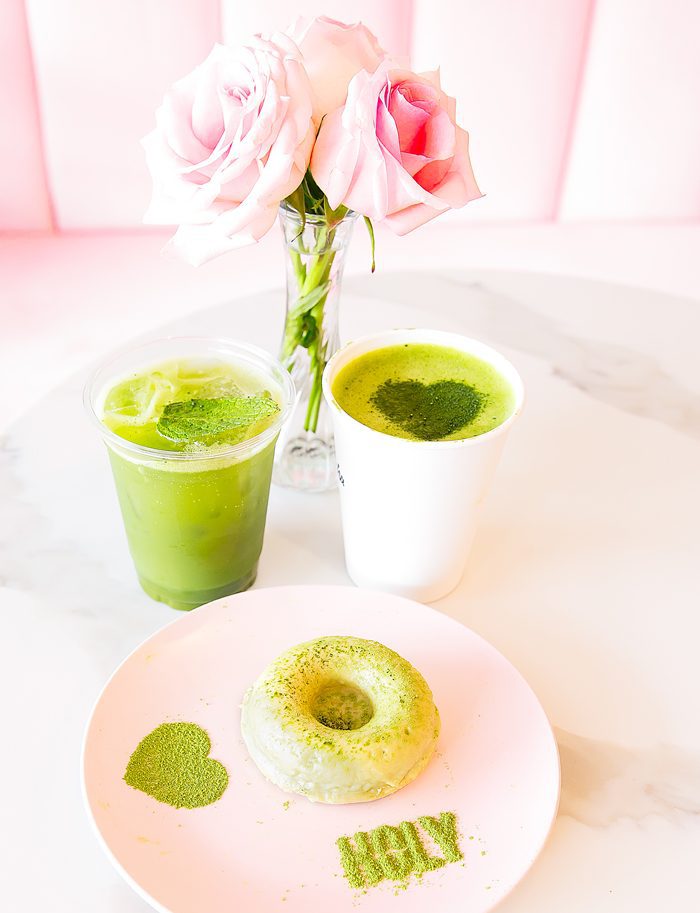 I love all things matcha, so I was especially excited for the opening of this new cafe. 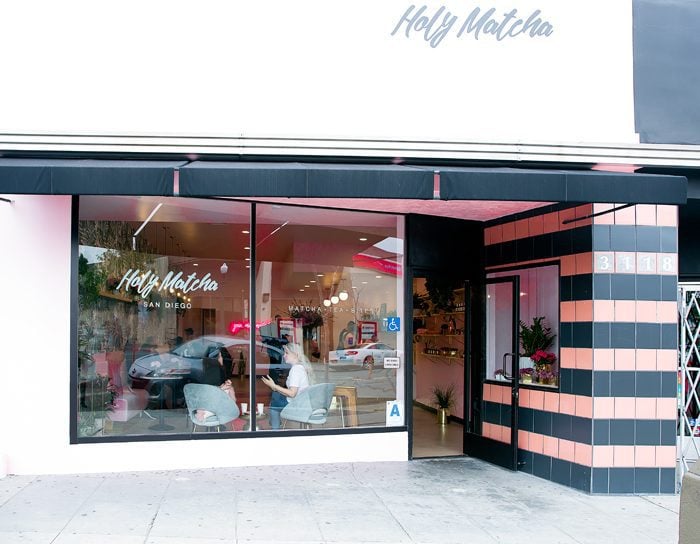 The blush pink interior is a beautiful contrast to the naturally green matcha. 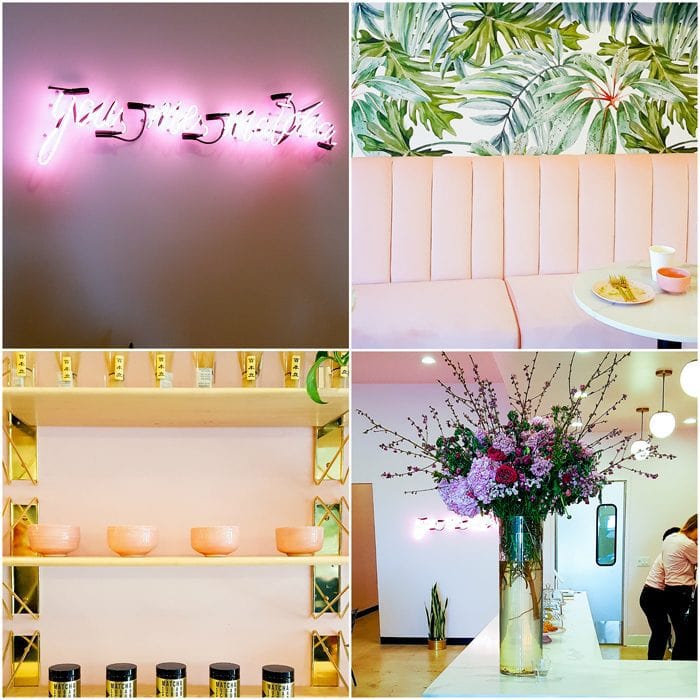 I was a little surprised at how crowded it was when I popped in. The cafe was filled with people eager to take photos of themselves against the pink seats or with the neon sign. 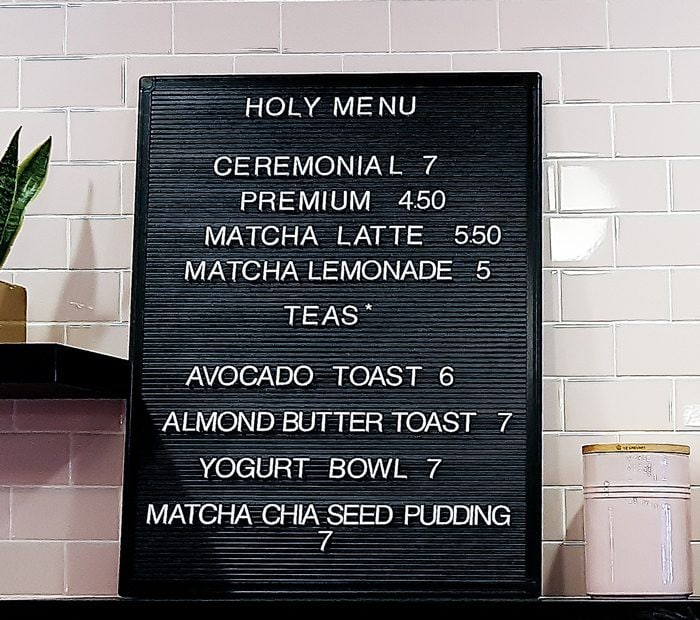 Drinks are made to order and we watched as the employees painstakingly prepared each drink starting with the traditional method of making matcha tea by blending matcha powder with water using a bamboo whisk and vigorously mixing by hand until frothy. 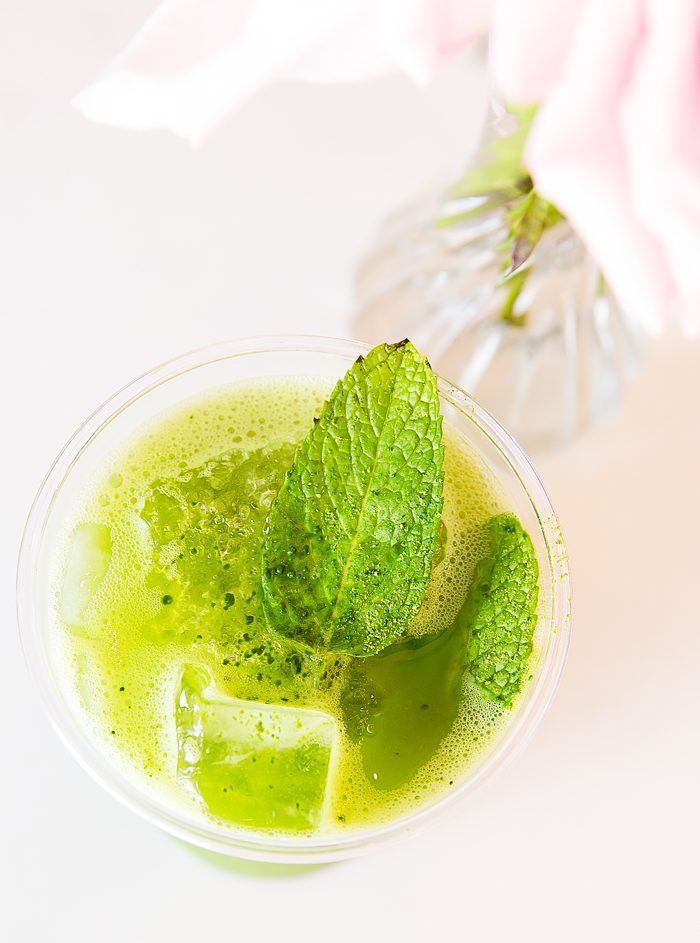 All the drinks were served unsweetened, which I was a little surprised by. While I appreciate the desire to stay true to the matcha, I did feel like this needed a little sweetness. The combination of bitter matcha with tart lemon juice was just a little too much for me. 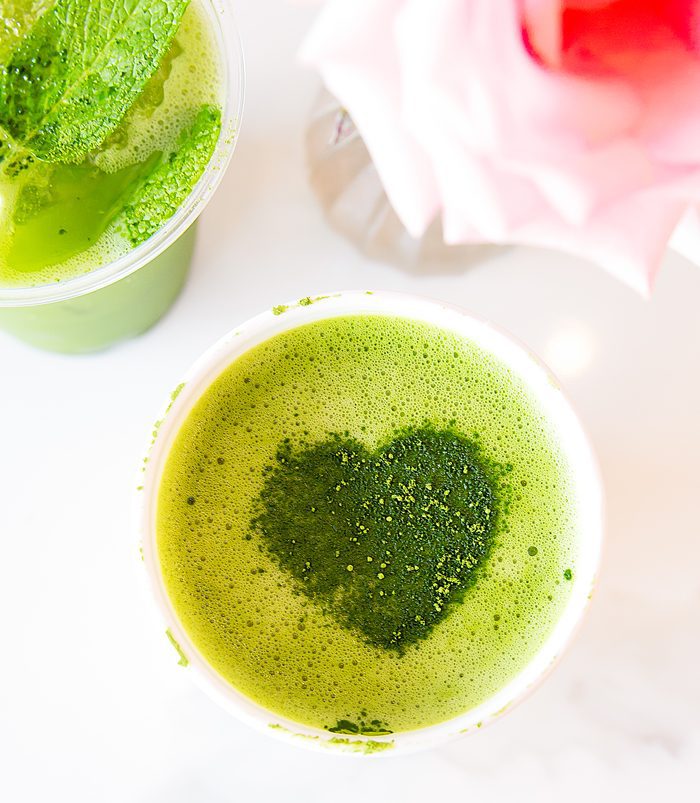 I adored the little heart decoration. Again, this drink is served unsweetened. We asked if they had glass cups, but were told that all drinks are served in paper cups except for the ceremonial tea which is served in the traditional ceremonial cups.

While I preferred this drink over the first one, it wasn’t quite what I was expecting. Perhaps it was the coconut milk, as I’m used to using whole milk in my lattes. 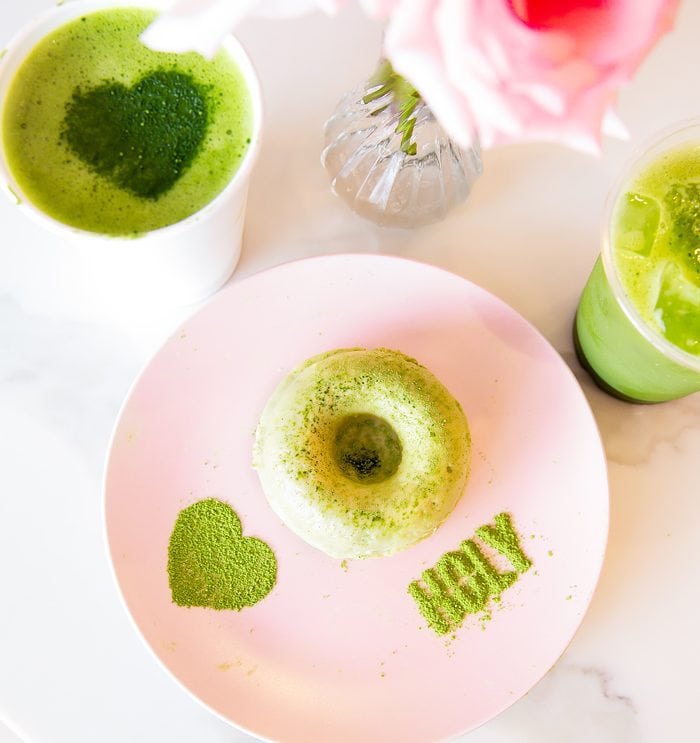 How cute is this plating? They had an array of matcha flavored baked goods and I couldn’t resist trying the vegan matcha donut. While the donut was quite moist it was also too sweet for my personal preference.

Overall, I want to come back after this cafe has had its official grand opening and a chance to settle in and perhaps tweak some of their menu items. The staff was extremely nice and it’s such a lovely space. I do like the concept a lot even though some of the drinks and food didn’t match my personal tastes.