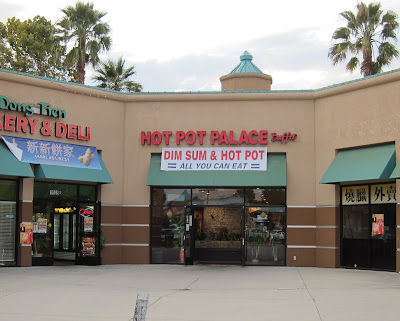 This past weekend we celebrated my mom’s birthday.  We were initially going to attempt to check out Kome in Daly City, a place that opened about a year ago and we attempted to try around the holidays but weren’t willing to wait two hours.  I did some research and apparently it is still crazy packed on weekends, with an average of an hour and a half wait. We tried to make a reservation, but they only take reservations for a party of 15 or more.

So after some researching, we came across Hot Pot Palace Buffet, which opened a few months ago. There were a couple of things that seemed interesting about this place. First, everyone is given an individual hot pot. There are also eight soup bases to choose from. In addition to all you can eat hot pot, they also serve a selection of hot foods including several dim sum items. 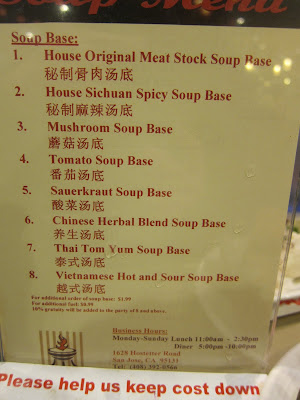 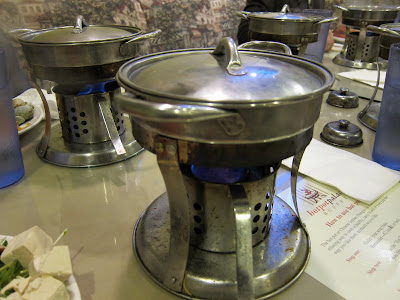 I chose a chinese herbal broth. It was similar to the one served at Little Sheep. 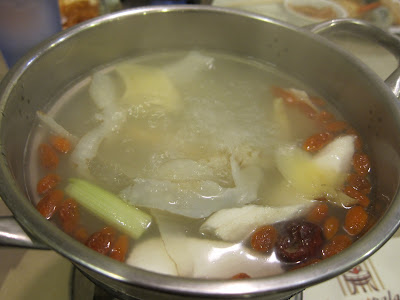 Here’s the mushroom broth and the spicy sichuan broth. 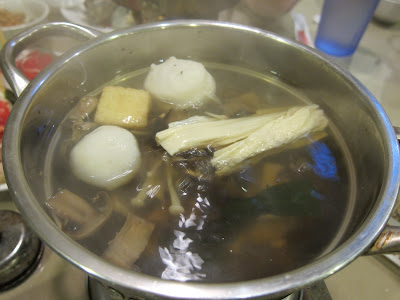 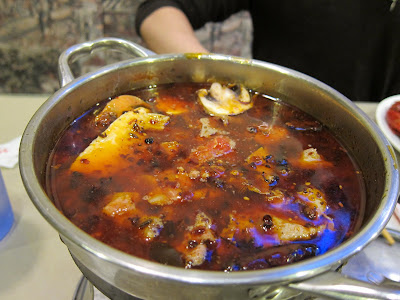 The nice thing about individual hot pots is that you can control what goes in and everyone is responsible for finishing their own portions. There tends to be a lot of nonclaimed items in a group hot pot. 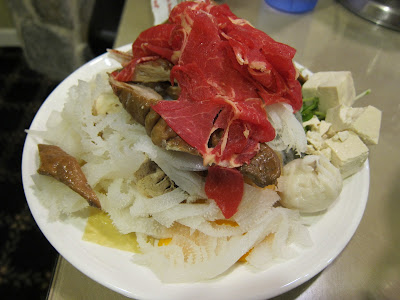 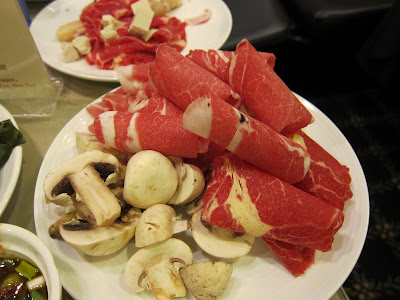 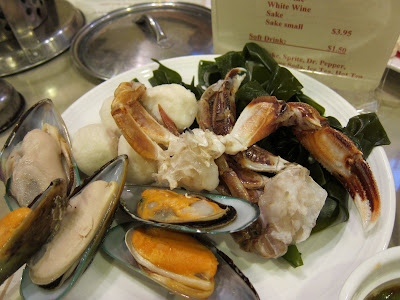 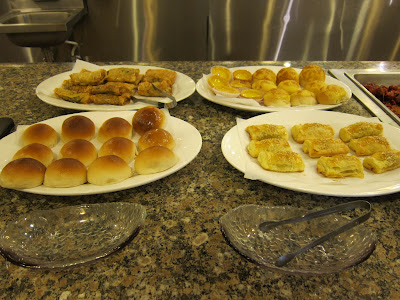 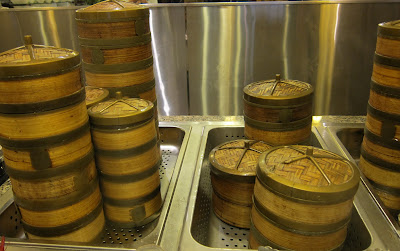 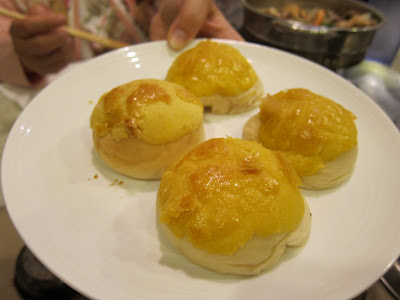 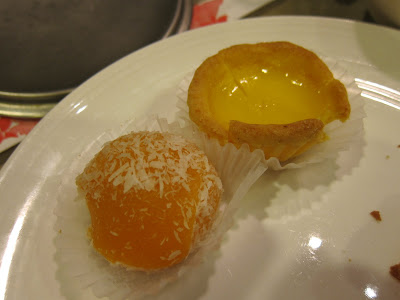 They had a couple of “American” items that made me laugh because they came straight out of Costco: bagel bites, corn dogs and dinosaur chicken nuggets. I’ll admit it, I had to have a corn dog. Other hot food items included clams and crayfish. Here’s some plates of food from my group that I took pictures of: 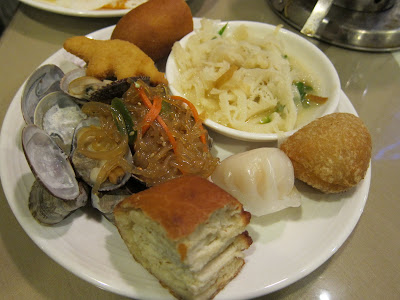 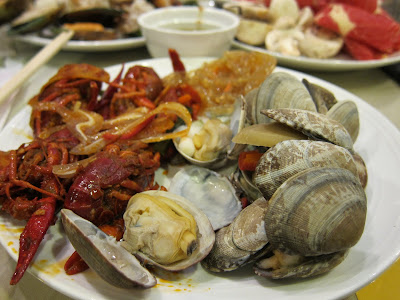 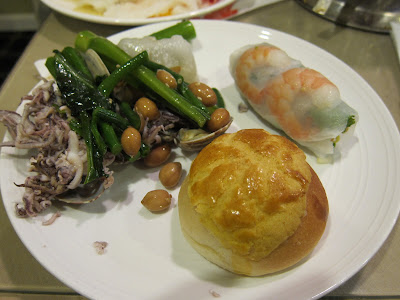 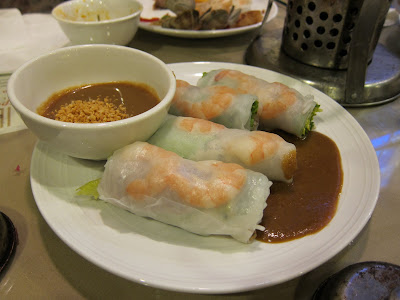 For dessert, they offered some cakes which I didn’t try and shaved ice. 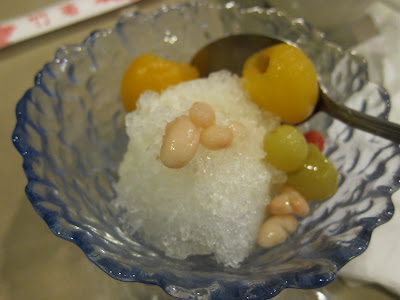 I had a good time here. The buffet items were generally of higher quality than typical chinese buffet spots and I liked the all you can eat hot pot. Inevitably, there was the comparison of this place to Hot Pot City. Hot Pot City does have more hot pot items for dinner and it also has the grilling section which this place does not offer. But I like how it offers other hot food items and I like the individual hot pots.