I have an obsession with hotels and airplane food. I do a lot of research before our trips and take a lot of photos of everything. I haven’t really had time to share all of those photos, but I’m going to attempt sharing them more regularly.

During our visit to London in the spring, we stayed at Hoxton Hotel.

It’s a hip hotel with a popular downstairs bar. When we first arrived, the lobby area was so busy, I thought I was at the wrong building. 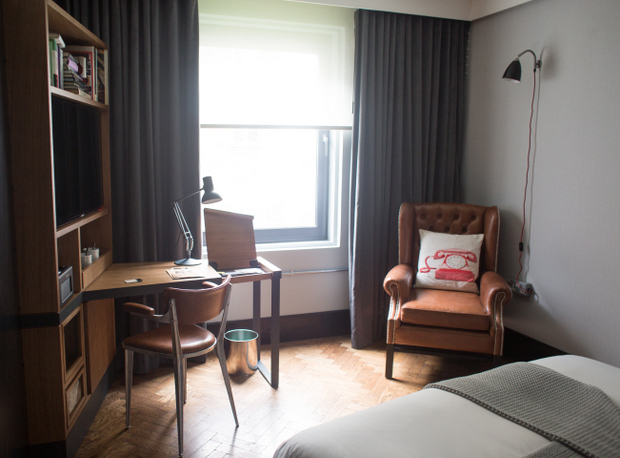 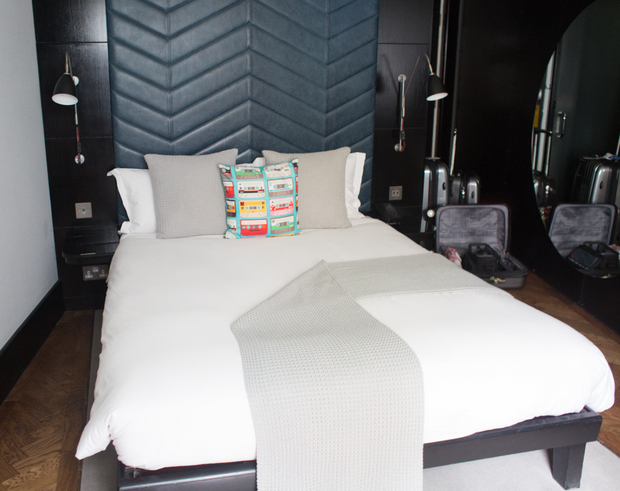 Once we checked in, our room was pleasant. The space is minimal, but that’s how most hotels are in Europe. It had everything we needed though: a bed, tv, fridge, desk, coffee and tea set. 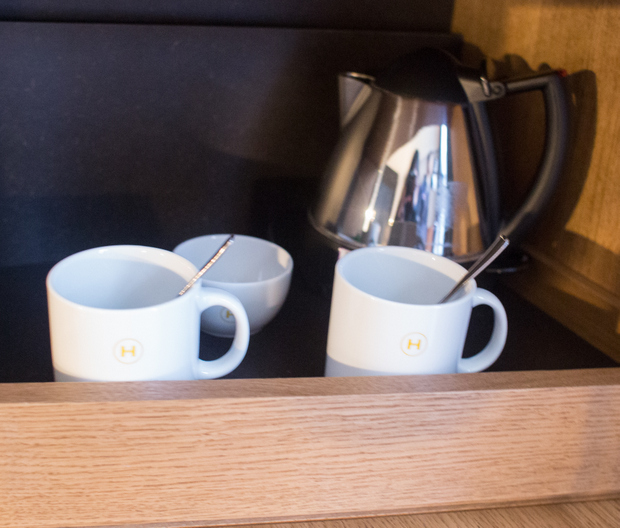 Everyday, our fridge was filled with two bottles of complimentary water and a bottle of milk, which was really helpful. Normally, I drink coffee in the morning, but since we were in London, I drank tea with milk every morning. 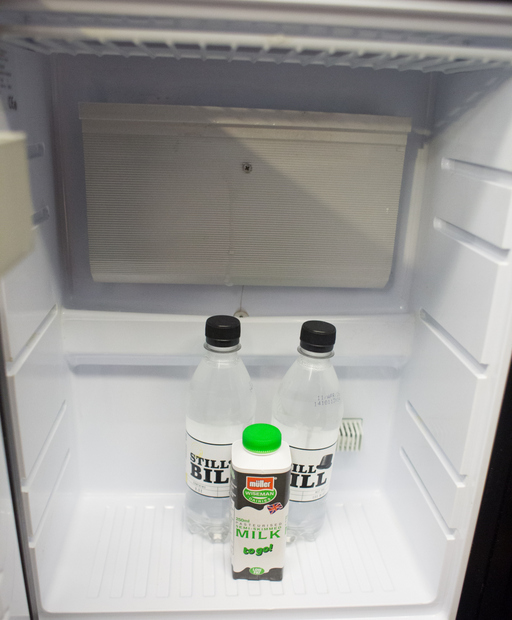 Another nice perk which I loved is that they provided a small complimentary breakfast. The night before, you put this paper bag on your door. The next morning, it’s stuffed with fruit, granola and yogurt, and juice. It’s nothing elaborate, but it was a nice touch, and we really looked forward to it every morning. One morning, they were late, and Mr. K was really distressed that there was nothing at the door yet. 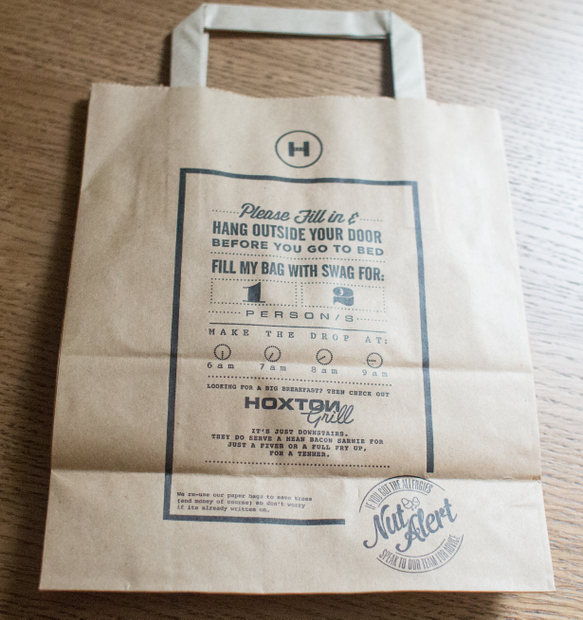 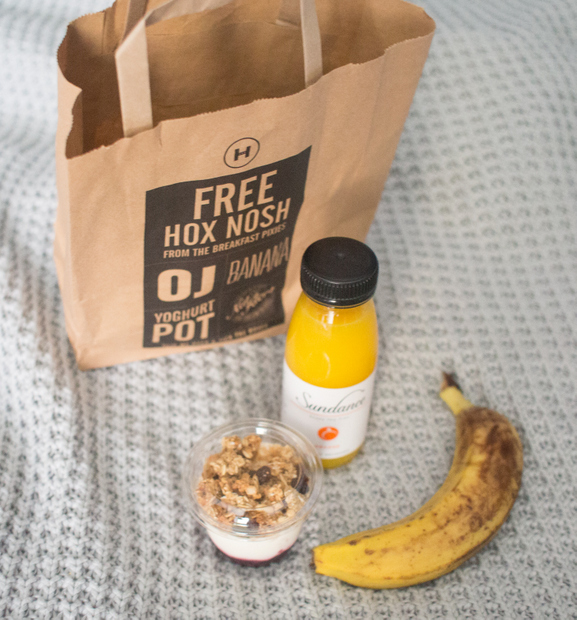 Another really nice amenity was the shower. I didn’t take any photos, but they had rainfall showers heads here! If I had only known rainfall showers existed before this trip, I would have seriously considered installing one in my house. It’s basically as it sounds. The water falls directly down from the ceiling and it hits every part of your body evenly. No need to shift around to get in the direction of the shower head. It makes showers much more efficient and relaxing.

The hotel was pretty centrally located as well and there was free wifi. The staff was always friendly too. Despite the loud bar area downstairs, we’d definitely consider staying here again.