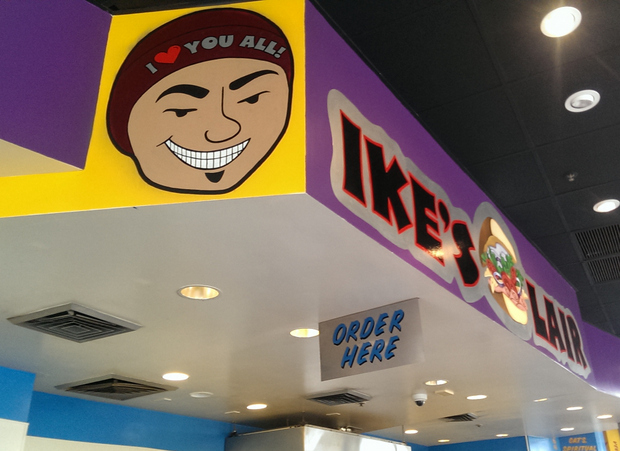 Ike’s is a popular sandwich chain that originally started in San Francisco. As a result of its overwhelming popularity, it now has several locations in Northern California and a one in Southern California. I tried their sandwiches on a recent trip home.

Because they are so busy, you can’t even call in an order during peak hours. Luckily, we were eating a late lunch, so we were able to phone in our order and pick it up. 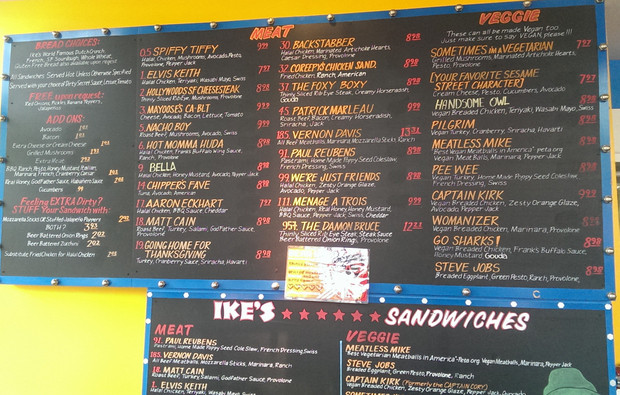 There are dozens upon dozens of sandwiches to choose from, with most of them priced between $9-10. The sandwiches all have very unique names and there is a good variety of vegetarian options. For each sandwich, you can choose between wheat, sourdough, French roll, or Dutch crunch (a white roll with a crackly top that is commonly offered in the Bay Area). The Dutch crunch is by far their most popular bread.

I’m sorry I forgot to take a picture of the Dutch crunch bread. I was with my family and only had a few moments to snap pictures as everyone was starving. 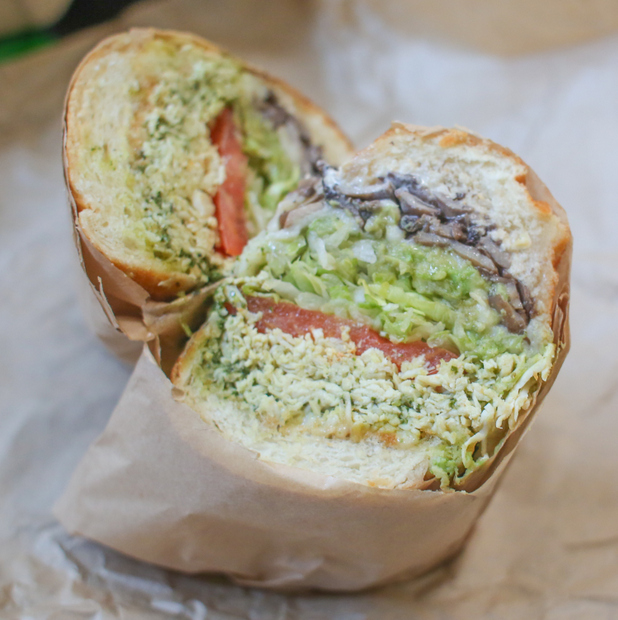 Each of the sandwiches are served with their “dirty secret sauce.” It’s a creamy, bold and flavorful sauce that makes the sandwiches quite tasty. Unfortunately, it can also soften the bread if not eaten right away. This sandwich was massive, but between the avocados, mushrooms and the sauce, this sandwich bread got quite soggy. 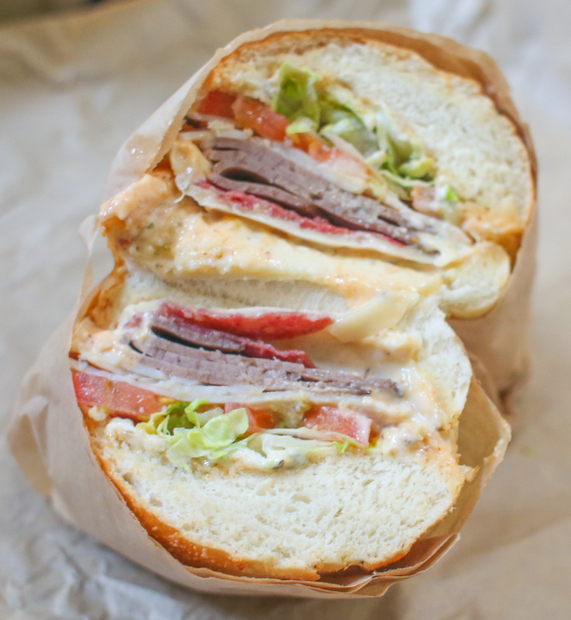 Godfather Sauce, Provolone, Roast Beef, Salami, Turkey. This is their most popular sandwich and my personal favorite. It held up quite well on the French roll. 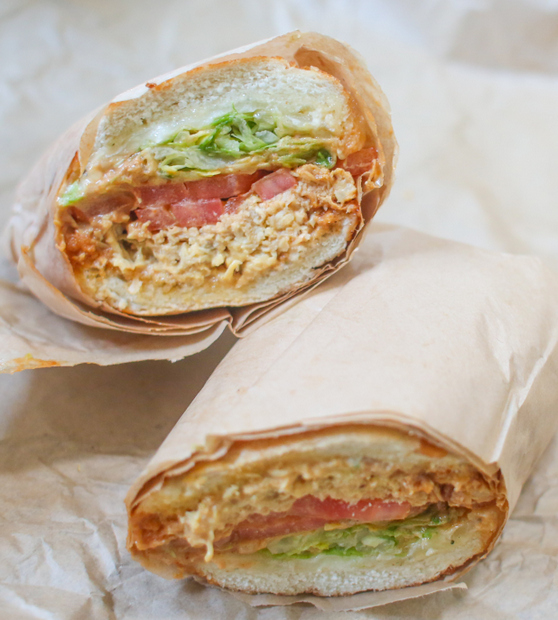 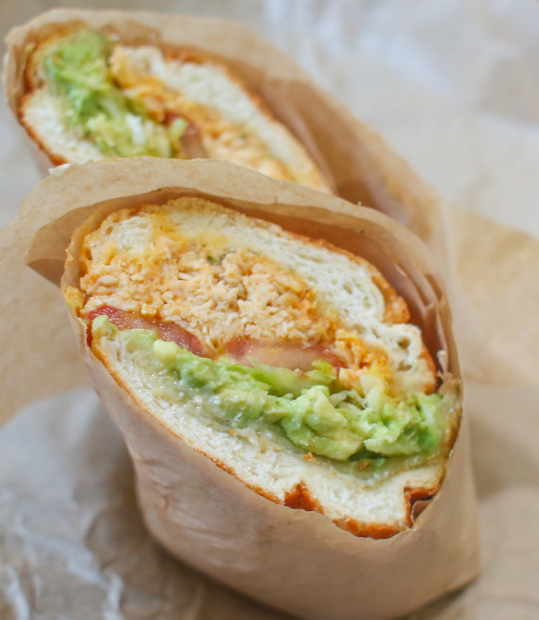 Overall, I thought the sandwiches were pretty good here. I was slightly disappointed though because after all the hype, I was expecting something more. While I would eat here again, I wouldn’t go out of my way to visit.