These easy egg bites are inspired by Starbucks sous vide egg bites but they are made in the Instant Pot. The egg bites have the same velvety texture and are perfect for an on-the-go breakfast or your weekly meal prep. 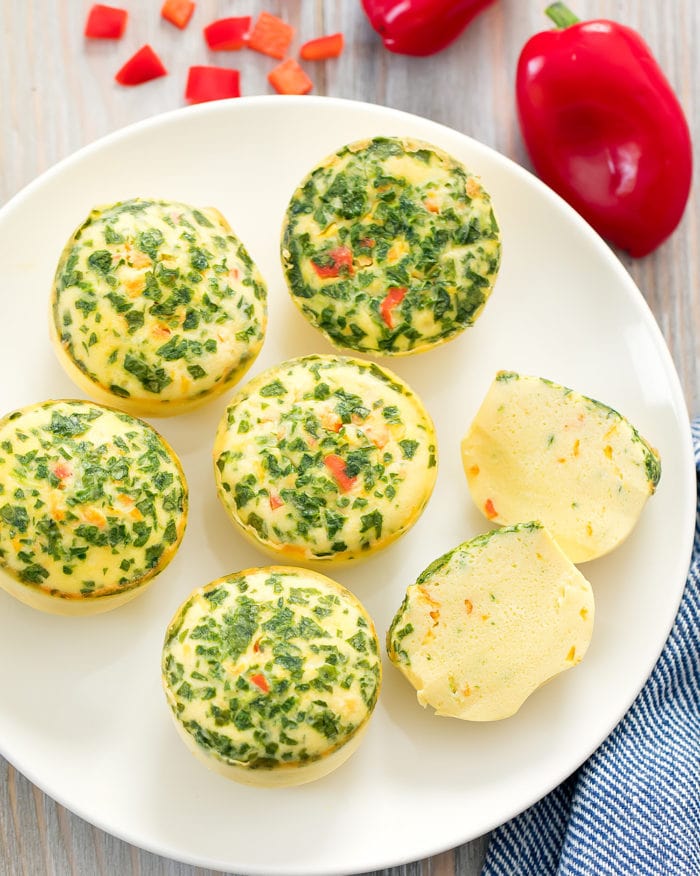 Last month I was obsessing over Starbucks sous vide egg bites. I love the velvety texture of the egg bites achieved through sous vide cooking. They remind me of my omelet muffins, but taken to a whole new level. I was planning on making my own version at home with my sous vide cooker but then I came across several recipes that use the Instant Pot instead. This got me quite excited so I decided to try the Instant Pot versions instead since they cook so much faster.

Pressure cooking is not the same as sous vide cooking. They are pretty much complete opposites. But by blending in some additional ingredients into the egg batter, the end result is pretty darn close. These eggs have that same velvety texture I fell in love with when I tried the Starbucks version. And the homemade version is much cheaper. 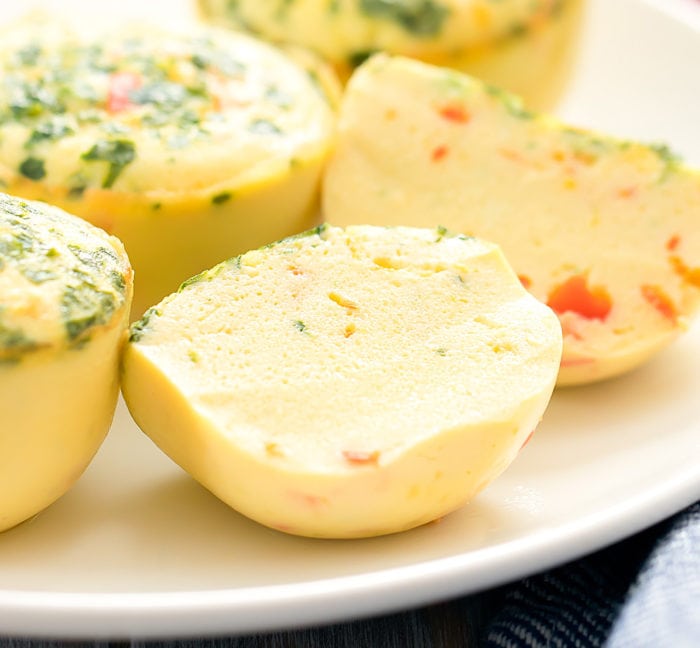 In addition to owning an Instant Pot, you’ll also need a silicone egg bites mold and lid to make these egg bites. 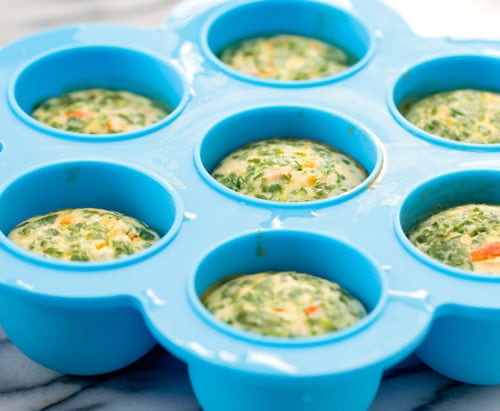 Using the same basic egg base recipe, you can change the flavor combines with different hard cheeses, vegetables and proteins. My favorite ones to make are the first two listed, which are shared in the recipe box. Here are the ones I’ve made so far: 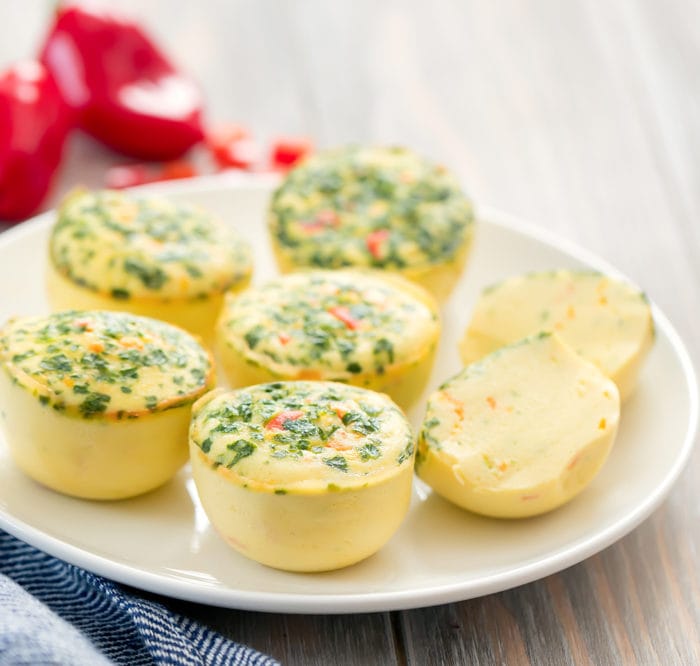 *Some of the product links contained in this post are affiliate links. Much like referral codes, this means I earn a small commission if you purchase a product I referred (at no extra charge to you).

Recipe now updated with video! You can also find all my recipe videos on my youtube channel. 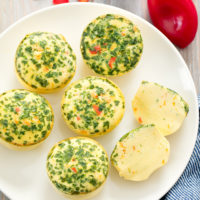 Servings: 7 egg bites
Prep Time: 10 minutes
Cook Time: 8 minutes
Course: Breakfast
Cuisine: American
Inspired by Starbucks sous vide egg bites, these egg bites are made in the Instant Pot and have the same velvety texture. They are easy to make and are great for an on-the-go breakfast or your weekly meal prep.
Print Pin Rate