I know many of you enjoyed Boyfriend's Philippines' posts. I found myself constantly trying to hold in the laughter when reading them.  For a while now I've been trying to figure out how to have him be able to continue to contribute to the blog.  He didn't want to write real food reviews.  When he was writing the Philippines' posts, he was always pretty stressed out writing them.

Many of you may know that Boyfriend is an Artist.  While he doesn't get to do it full time for a living, he spends most of his free time sketching, reading up on improving his art skills as well as drawing for a webcomic.  The webcomic is written by his friend, and drawn by Boyfriend.  Sometimes, Boyfriend pitches an idea, which his friend rejects.  I've encouraged Boyfriend to start his own blog because I think he is pretty funny.  I suggested that through his blog he can include his sketches, his ideas, his own comics, or just rants and such.  He finally started his blog recently, though he hasn't yet debuted it yet.  When I was reading some of the entries, I couldn't stop laughing, and that is where I got the idea for this column for him to write.

Boyfriend usually accompanies me on my food shopping trips.  While I'm shopping, he's busy finding all these weird and funny things that he snaps pictures of and then sends to his friends.  Apparently there's quite a few funny stuff to be found at Asian markets.  He's been writing about those pictures in his blog, so I have asked him to include a funny food photo post on Fridays. For the debut, you get a double post!

On
our normal venture to the local Japanese grocery store, there’s plenty
of random things for sale that I don’t understand. In this particular
instance the thing for sale probably isn’t exactly emphasized by the
visuals. I can’t read Japanese so I can just guess that they’re selling
plunger hats. 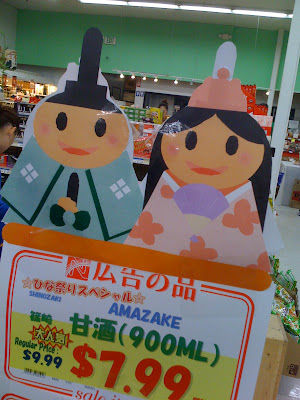 I’m also suspicious of what the gentleman is holding in his hands… or does his shirt just open up at the middle?

I
don’t know what it is about monkeys that make things more interesting,
but monkeys do amazing things just like humans except they’re animals.

The secret to marketing monkeys is probably having them do certain
things, cute things such as dancing in little suit or driving cars,
even giving you a sponge bath. What? too far? You can’t judge me till
you’ve stolen a monkey and had it give you a sponge bath, then and only
then can you judge…

This tea tastes so much better having been picked by monkeys. When
I’m not busy wasting time, I’m taking these random pictures waiting for
my girlfriend shop for the necessities for example my dinner. A real
woman knows when her Man will only poison himself with his own cooking
and not even realize it. Sorry women, I’m taken. 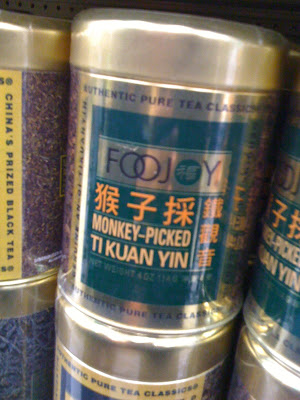