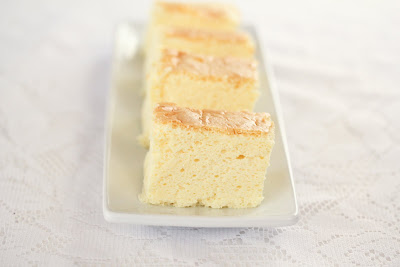 I used to really love cheesecake, but I could never eat more than a few bites because it was so rich. Japanese cheesecake, on the other hand, is the opposite. It is super light and pillowy soft. The texture is like a souffle and the cream cheese in the cake makes it melt in your mouth. 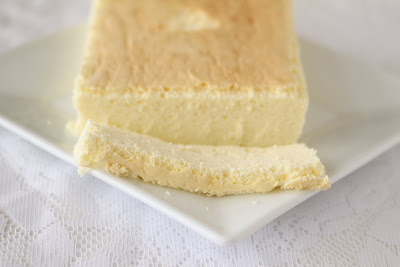 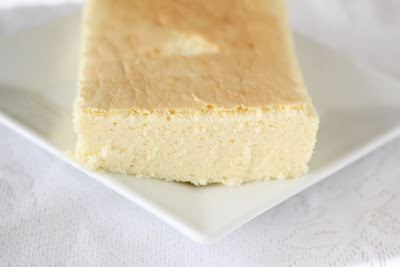 Not too long ago, I saw a recipe for a Japanese cheesecake on Christine’s Recipes. I had seen Japanese cheesecake recipes before but had been afraid to try them. I especially was afraid to bake the cake in a water bath, which is required. Christine explained everything in such detail that I had the confidence to try it out (and the water bath isn’t really that scary). 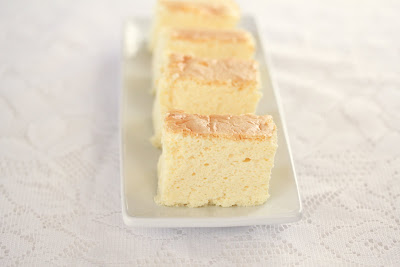 I worried that the cake would fall flat and collapse in like my castella cake attempts, but luckily it didn’t. The cake did shrink a little, but it’s supposed to. It came out really light and creamy. It wasn’t exactly like the previous Japanese cheesecakes I’ve eaten in the past though. The ones I’ve had are more cake-like. This cake was good, it just wasn’t exactly what I was expecting. I’ll probably check out a few more Japanese cheesecake recipes to try to find one similar to the ones I’ve eaten before, but this recipe is a keeper.

I am pretty happy with my first attempt and will try this again. You can view the recipe here. 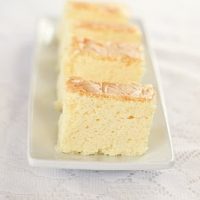 Did you make this recipe?I'd love to see it! Mention @KirbieCravings and tag #kirbiecravings!
Posted in: Cakes, Recipes
2 Comments // Leave a Comment »