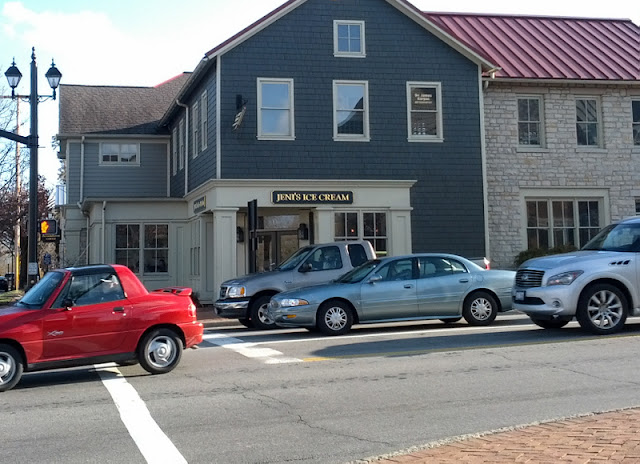 This week, I spent a very quick 24 hours in Ohio. Most of those hours were already accounted for so I didn’t have much time to explore, but I knew I could manage one quick stop and I was determined to make that stop Jeni’s Ice Cream. 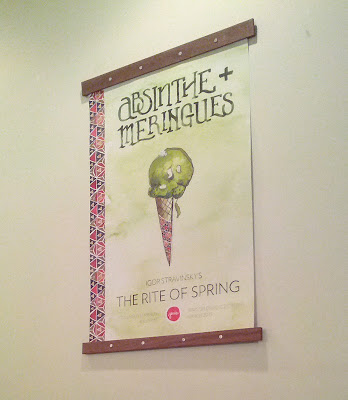 Jeni’s Splendid Ice Cream is one of the most well known creameries in the country. They are famous for their creamy consistency and wild flavor combinations. For those not in Ohio, they do ship their ice creams across the country and about 700 stores carry Jeni’s ice cream. For those of you in San Diego, I discovered that recently Bristol Farms in La Jolla began carrying certain flavors. There is also a best selling cookbook. 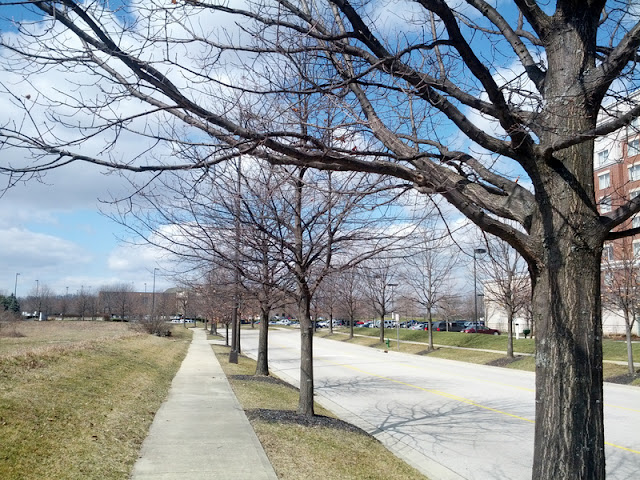 Despite wearing double layers, a thick winter coat, scarf and hat, this San Diego gal was not prepared for Ohio’s chilly weather. Every moment outside felt like being inside a large freezer with constant blasts of tornado-like winds. But that did not stop me from wanting ice cream.

According to the locals, ice cream is very big in Ohio. You can’t walk more than two blocks without finding a premium ice cream shop, which would explain why Ohio is the home of both nationally known Graeter’s and Jeni’s. 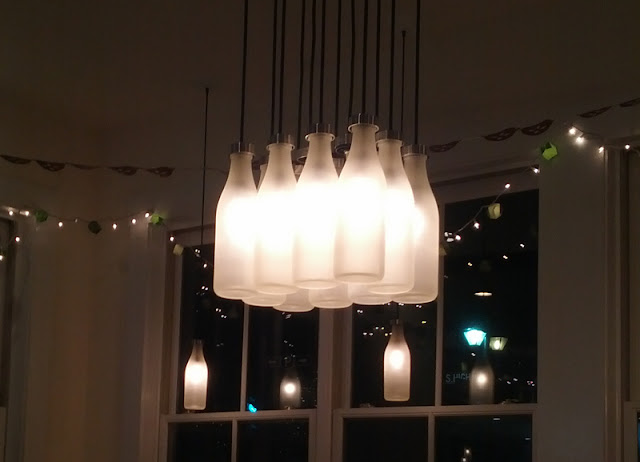 I was delighted to find that there was a Jeni’s shop only about a mile from my hotel and was all set on a late night visit after my dinner plans ended. However, during dinner, Jeni’s came into the conversation and the locals highly recommended that our out-of-town group make this unscheduled stop, especially since it was right across the street from the restaurant we were dining at.

Luckily, Jeni’s is open until 11pm. So off we went. We braved the cold for the quick brisk walk across the street, which seemed much longer when walking against the strong chilly winds, and then were engulfed in warmth upon entering. Once inside, there was a dizzying array of flavors to choose from. The employees were patient, letting us sample spoonfuls of whatever flavors we were curious about before finally settling on a flavor or two.

There were a ridiculous amount of flavors I had never heard of or would never had dreamed of like absinthe + meringues, goat cheese with red cherries, banana cajeta, cherry lambic sorbet, savannah buttermint, just to name a few. 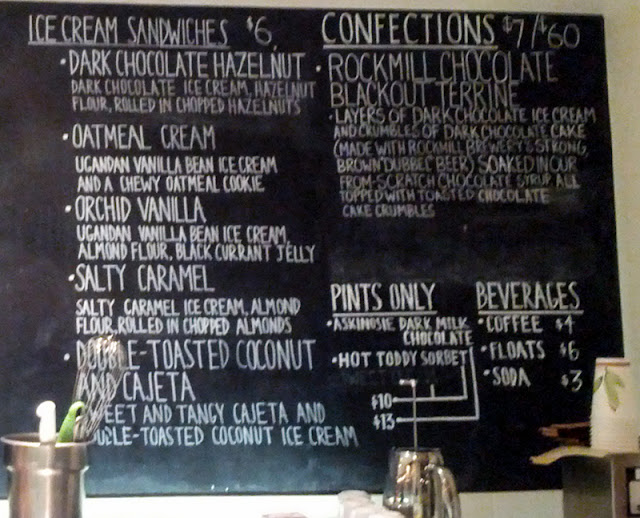 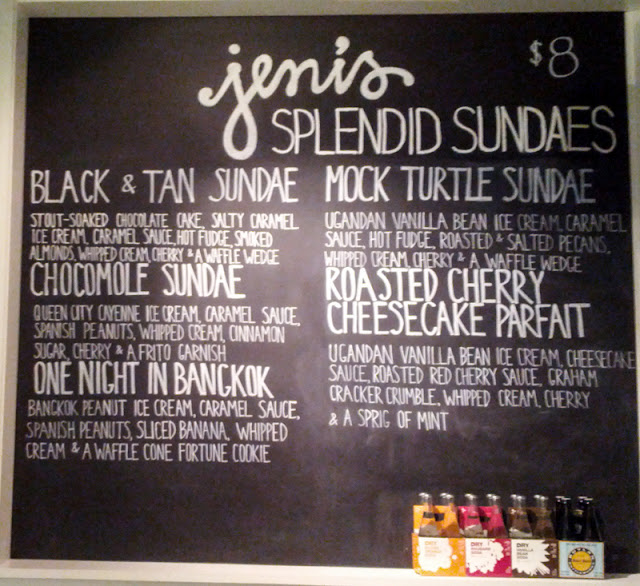 A small costs $4.50, which allows you one big scoop or two small half scoops of different flavors.

In the end, this is what I chose: 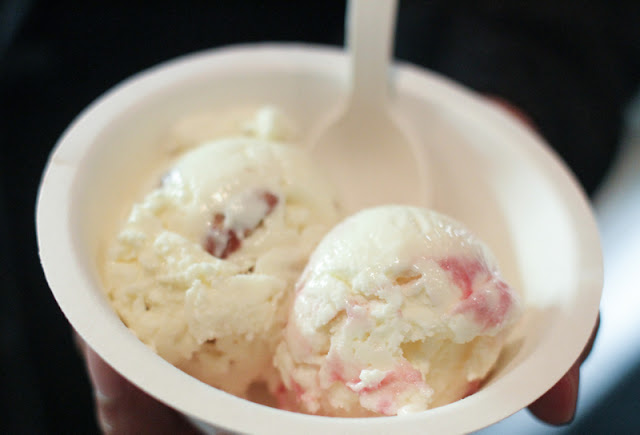 I loved the unique flavor of goat cheese as a sweet ice cream. Goat cheese has such an intense flavor so the acidity of the red cherries helped to balance that out.  I’m a sucker for alcohol laced ice creams and really enjoyed the whiskey and pecan mixture too. 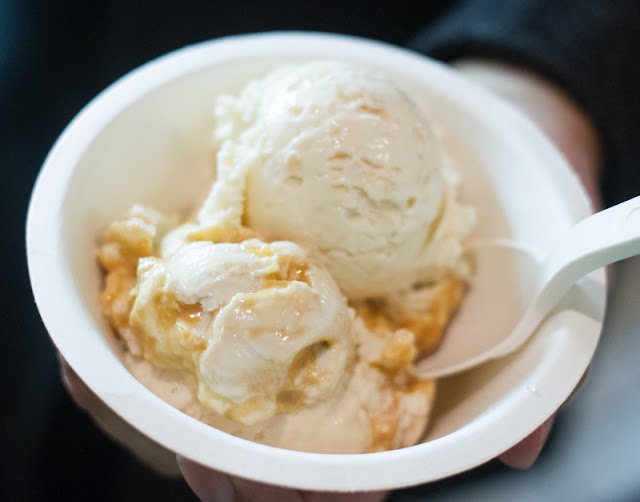 My favorite flavor though was probably the banana cajeta. I’ve had banana ice cream before, but their use of fresh bananas was so refreshing. It wasn’t just blended bananas, but you could actually taste the fresh banana chunks in the creamy concoction. It was swirled with caramel sauce, making it even more delectable.

The double toasted coconut was quite good too, especially if you’re a fan of coconut. You could definitely tell that the coconut flakes had been toasted, as they added a nutty flavor to the ice cream.

Jeni’s ice cream lived up to the hype for me. I was so happy with the ice cream and only wish they had a shop in San Diego. I know that some flavors are available for purchase in San Diego and you can also buy them online, but the packed pints just don’t have the same feeling as eating it from fresh made batches at the store.

Prior to our visit, I had already purchased two pints from Bristol Farms and while I had enjoyed the ice cream, I had not loved it. Part of that may also have been the flavors I chose at random. Now after eating it properly at Jeni’s store, I am absolutely in love. Hopefully I’ll get another opportunity to go back. My visit was far too short and the town of Dublin, where I spent most of my 24 hours, seemed like such a cute place to visit.