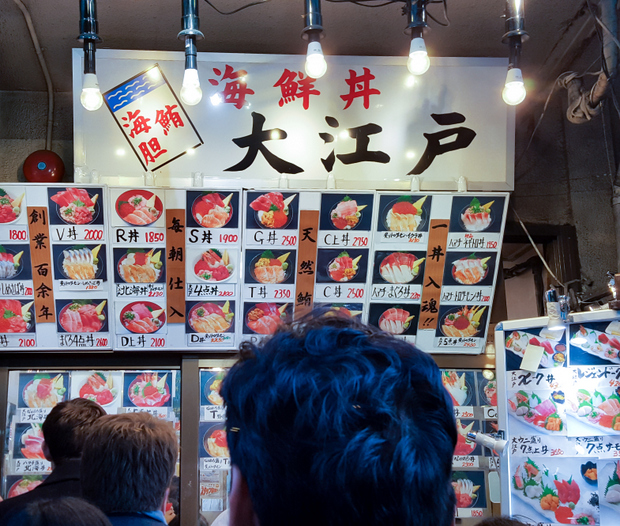 Our first official meal in Japan was at Kaisen-don Ooedo (海鮮丼 大江戸), where we had sushi breakfast. One of the most visited attractions in Tokyo is Tsukiji Fish Market for their famous tuna auction. Surrounding the market are many shops and vendors, and small sushi restaurants. I’ll be covering Tsukiji Market and the other outer vendors in another post, but this one will focus on the sushi breakfast tradition. (It wasn’t possible to take a good photo of this stall as it was crowded with people.)

With the restaurants having just gotten their fish, it’s a tradition to eat at one of the nearby restaurants for sushi breakfast while the fish is still incredibly fresh. Many of the restaurants open as early as 5 AM. The two most popular ones in the area are Sushi Dai, followed by Daiwa Sushi. After much research and discussion with people who braved Sushi Dai’s line, I decided against trying it. People line up for an average of 4 hours, and it’s recommended you line up around 1 AM to eat there at 5 AM. And everyone I knew who had done it said it really wasn’t worth the wait– that the sushi was fresh but there was better sushi in Tokyo that didn’t require such a long wait. 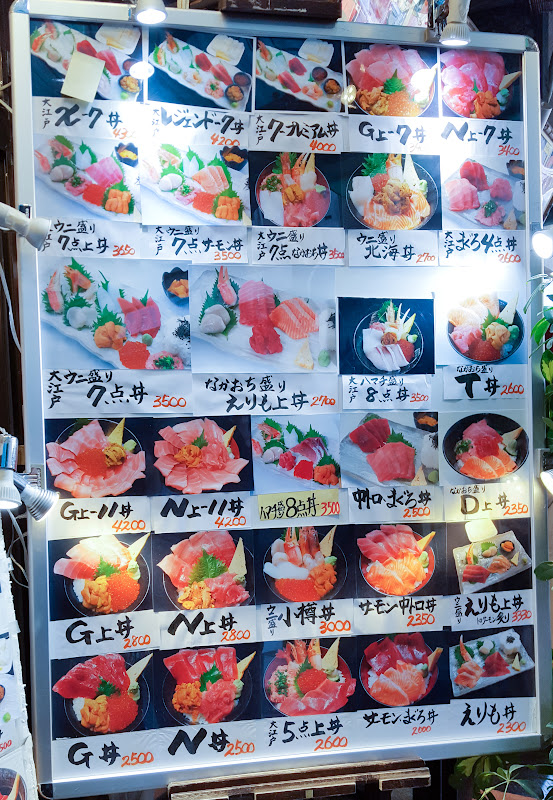 We arrived in the area a little before 5 AM and scoped out the different restaurants. Many had lines too long for my hungry empty stomach or no line at all which also made me suspicious. Finally, I chose Kaisen-don Ooedo. It had a decent line and good reviews. The tiny stall, like most of the other sushi vendors in the area, only seats about 8 people at a time, so we ended up waiting about 30-40 minutes. The menu is displayed through colorful photographs, which is what drew me to the stall in the first place. 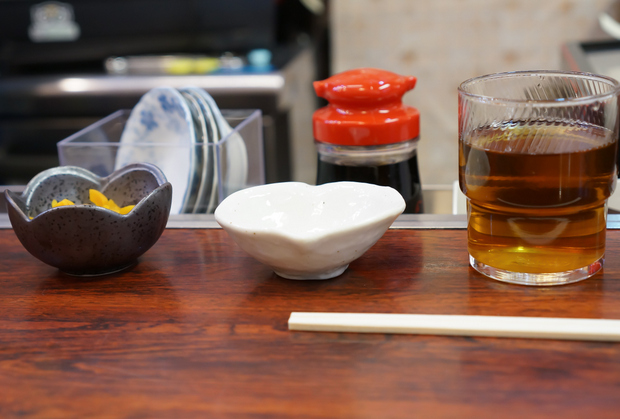 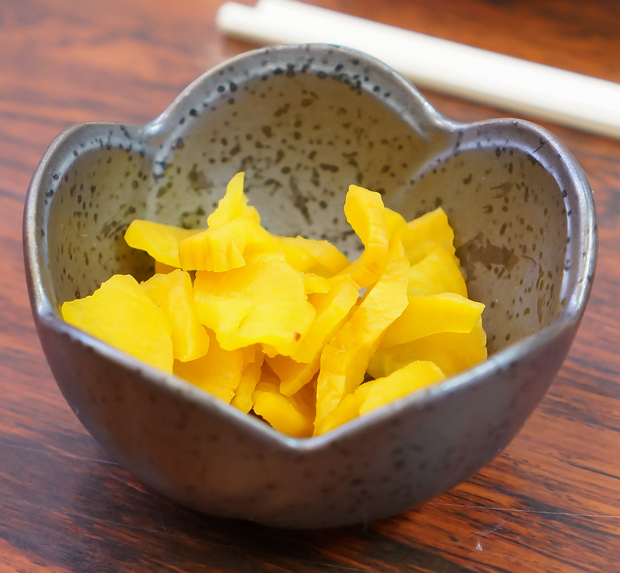 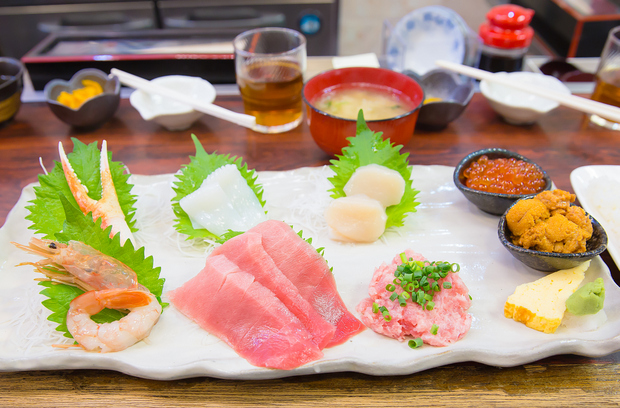 This is one of the largest combinations offered and it was Mr. K’s choice. It had 7 different kinds of fish and also came with a large plate of pressed and seasoned sushi rice balls, if you wanted to make your own nigiri. I forgot to take a photo of the rice but now I wish I had. I think there was enough rice for each piece of fish and Mr. K actually ate the entire plate of rice after he finished his fish.

All the fish was incredibly fresh and we especially liked the tuna belly and uni. 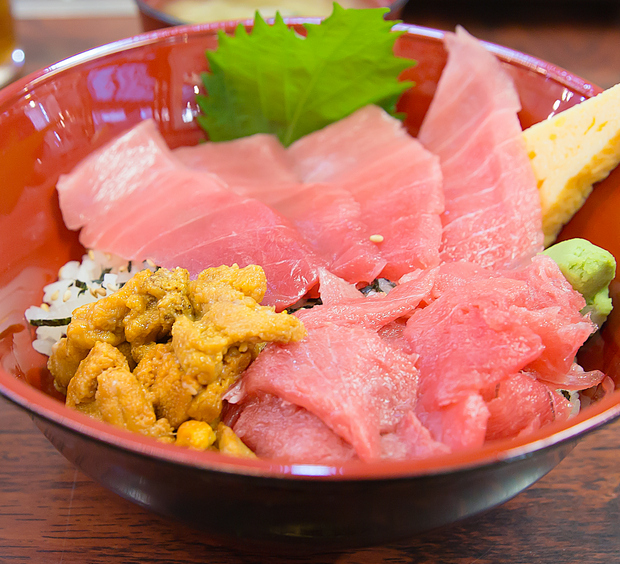 I chose one of their kaisen don (sashimi rice bowl).  This was made up of tuna, uni and rice. The uni was wonderfully cold, sweet and creamy. It also came with a bowl of miso soup.

Overall, we had a decent meal here. The sushi is very fresh but it’s not the most amazing sushi we’ve had. It was a little pricier than I expected (3500 JPY for the sashimi combo plate and 2800 JPY for the sashimi bowl). However, it was fun to experience the sushi breakfast tradition at least once during our trip and we had fun exploring the other market vendors after, which I’ll share at a later time.