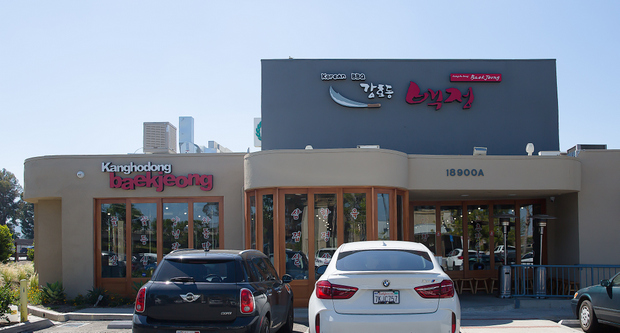 A few months ago, my friends took me to Kang Ho Dong Baekjeong and it’s now my favorite Korean BBQ spot. The popular Korean BBQ restaurant chain is owned by Kang Ho Dong, a South Korean celebrity and former wrestler and the chain has been well received by food critics and the public. In the US, it has locations in Los Angeles and New York.

When you sit down, there are already some basic complimentary banchan dishes placed at your table. These includes kimchi, pickled daikon, bean sprout salad, and more. I didn’t take photos of all of them, but there is quite a large variety and you can see the photos on their website. 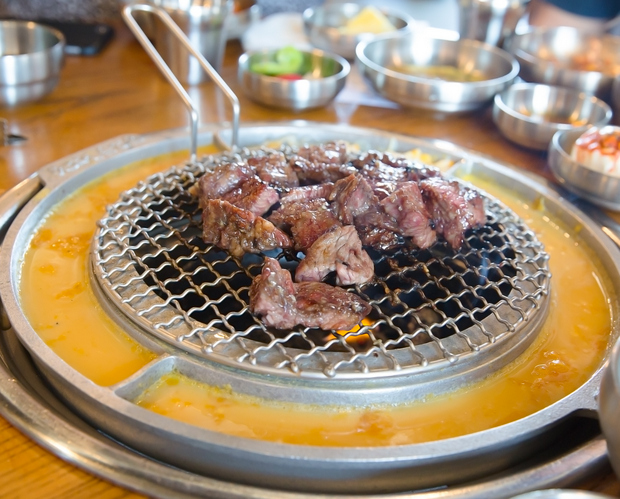 One thing you’ll notice right away, is the moat that surrounds the grill in the middle of your table. This is possibly my favorite part of the experience. This area surrounding the grill is divided into compartments which they add different items to: raw egg batter, cheese corn, and vegetables. As your grill heats up and starts cooking the meat, it also cooks the food inside each of the cavities. The meat juices also drip down into these cavities, creating some deliciously flavorful cooked egg, melty cheese corn, etc.  Genius! 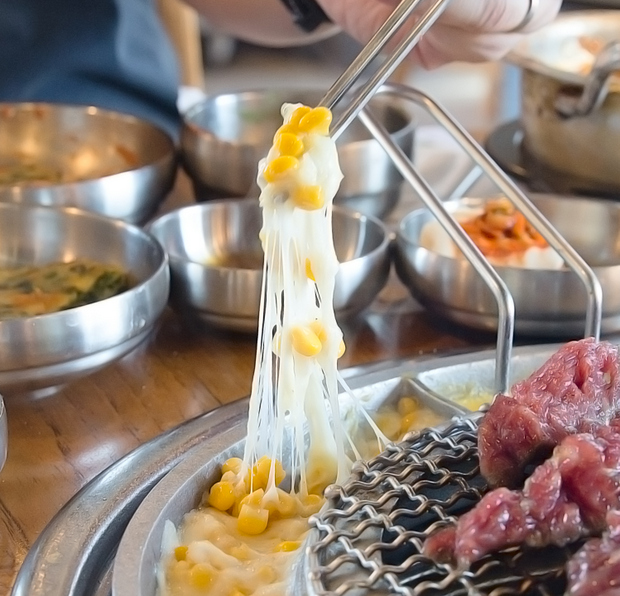 It’s not all-you-can-eat here. Instead, you order off a menu. The most popular items to get are the meat combo sets, which can feed a few people. We ordered a small beef combo and small pork combo and it was enough to feed our group of five. Free with the combination are even more premium banchan dishes including steamed egg, cheese corn, soybean paste stew or kimchi stew. 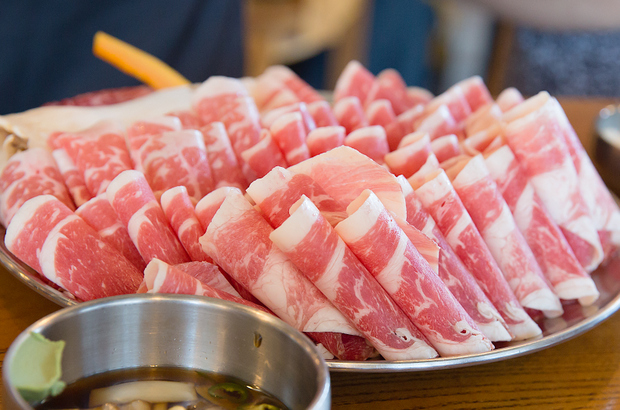 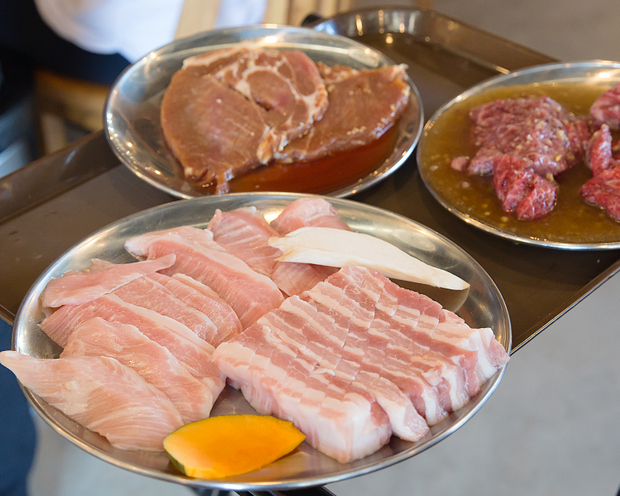 The meat quality is noticeably better than what you’ll find at the AYCE restaurants. The servers also cook everything for you, so you don’t have to do anything. They switch out the grids often, using different ones for different cuts of meat. 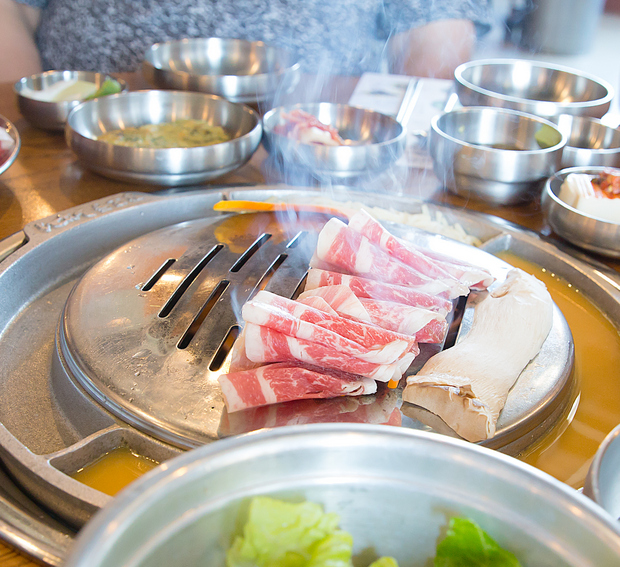 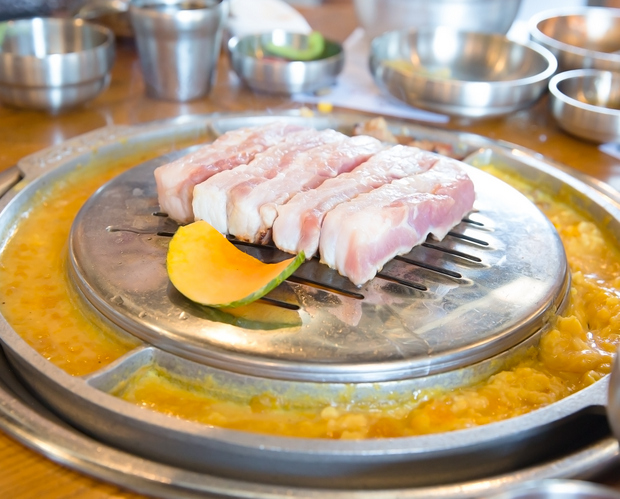 We also ordered a shaken dosirak. It’s basically a Korean-style lunch box with rice, meat, kimchi and egg. It’s brought out and shaken in front of you before serving. 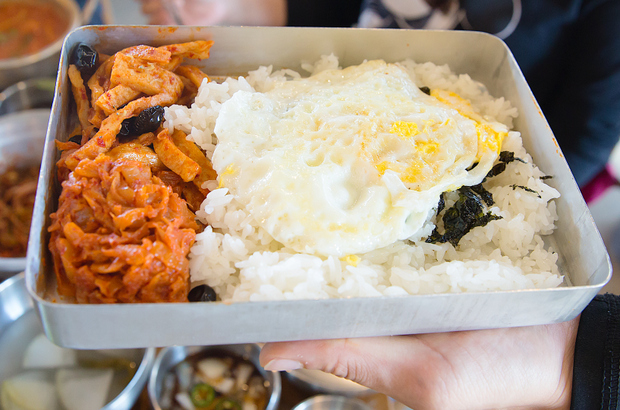 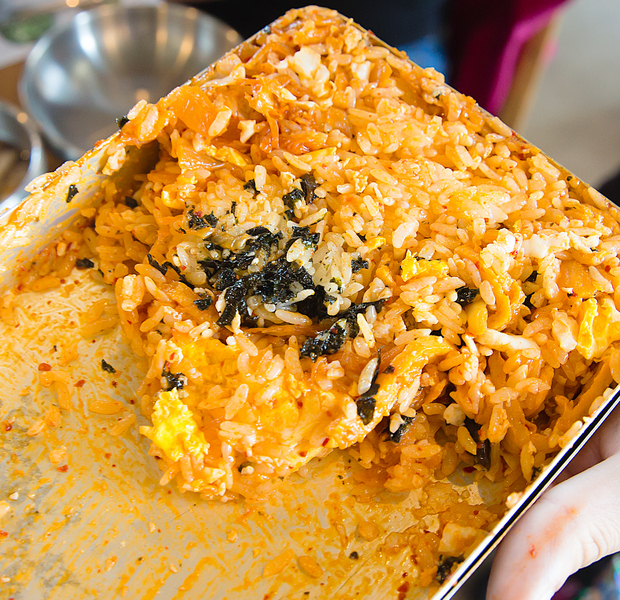 I enjoyed eating the meat selection we had, but what I really loved were the sides. 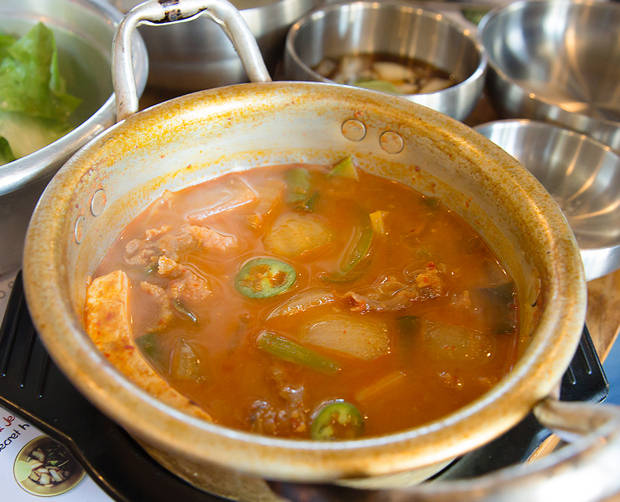 I ate a lot of the soybean stew, tofu, and other side dishes, but my absolute favorite was the cheese corn. I’ve had cheese corn at other Korean BBQ restaurants, but never quite like this. Because it’s in that moat area, it stays hot and melty throughout your entire meal, as well as taking in all the flavors from the meat. I couldn’t get enough of this stuff! 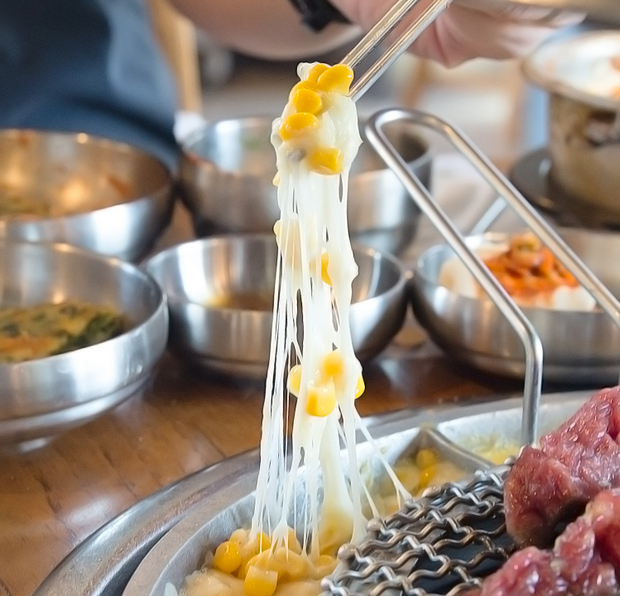 I’ve seen some people dump out some of the other compartments so that they can double up or triple up on the corn. I might do that next time as I didn’t really need the grilled vegetables and our egg didn’t cook evenly.

Overall, we had a great meal here and I usually don’t get excited over Korean BBQ, but I really enjoyed this place. They don’t take reservations so it’s best to get here early or be prepared for a long wait. The most popular location in LA is the one in Koreatown. We actually went to the one in Rowland Heights, which wasn’t as bad of a wait.