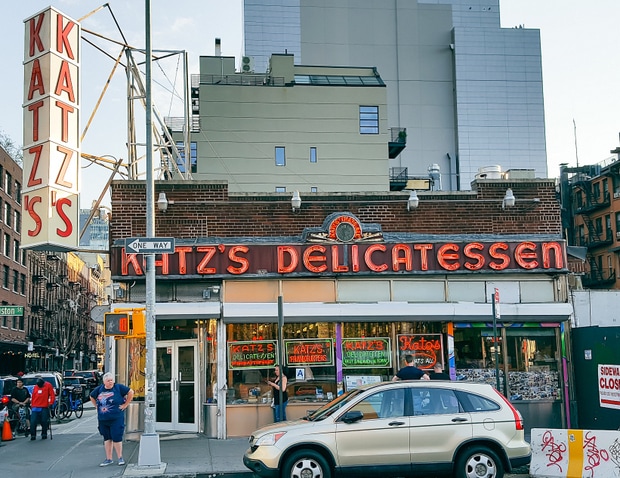 A trip to New York City wouldn’t be complete without a visit to the iconic Katz’s Deli. Famous for their pastrami sandwiches, the deli has been around since 1888 and was also the setting for one of the most well known scenes from the film “When Harry Met Sally.” 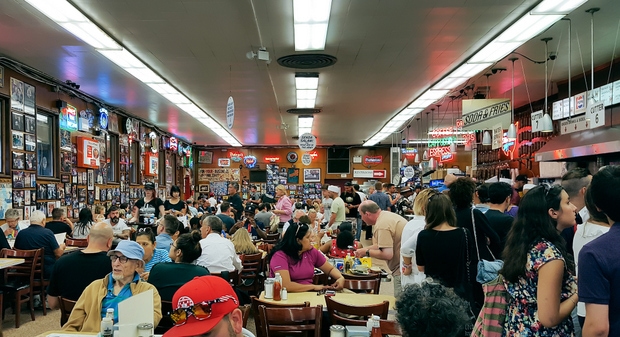 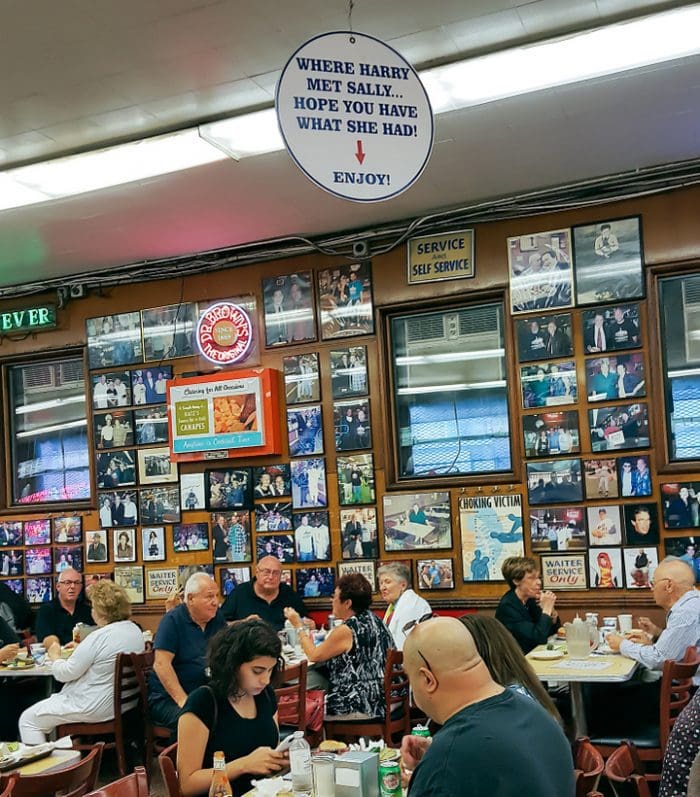 When you enter for the first time, the atmosphere might be a little overwhelming. You’re handed a ticket and then given very little direction after that. You’ll see a number of cutting stations. All of them are open and you can choose to stand in whatever line is the shortest. Once it’s you’re turn, you place your order. The cutter will ask for your ticket and write down your order on there before handing the ticket back to you. 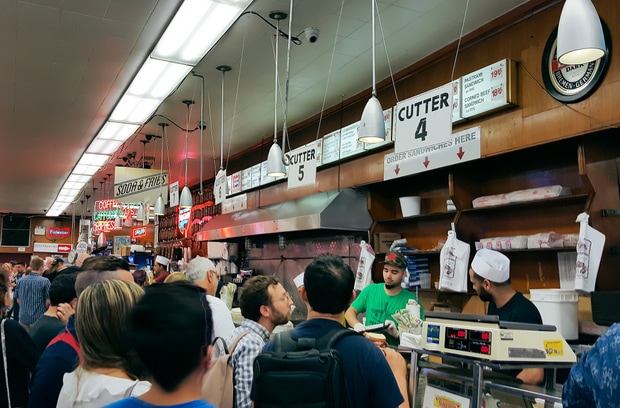 If you’re lucky, they’ll slice you off a few samples while they prepare your order. Once it’s ready, you take your tray and find an open table. The back wall is covered with photos of all the famous people who’ve eaten here. Make sure you hold onto your ticket throughout your meal because they will ask for it at the end when it’s time to pay. When you’re ready to leave, you can head to the front if you’re paying cash, or to to the back if you’re paying with a credit card.

The menu offers a lot of deli staples, but we were here for one thing only: the pastrami sandwich. 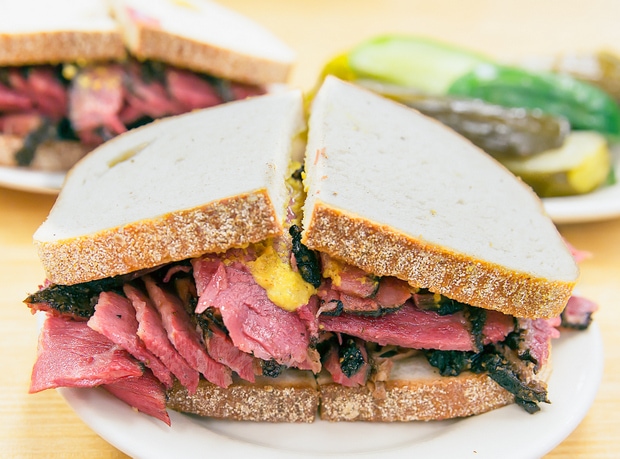 The sandwiches here are huge. Served on fresh rye bread, piled high with thick slices of pastrami and a smear of mustard. It’s simple, no-frills, but it works. I normally don’t like rye bread, but the rye and pastrami really do work well together and it’s about the only time I’ll eat rye bread. The star here, is the pastrami. Moist, tender, smoky, with hints of spices and herbs. The sandwiches also come with a side of pickles. 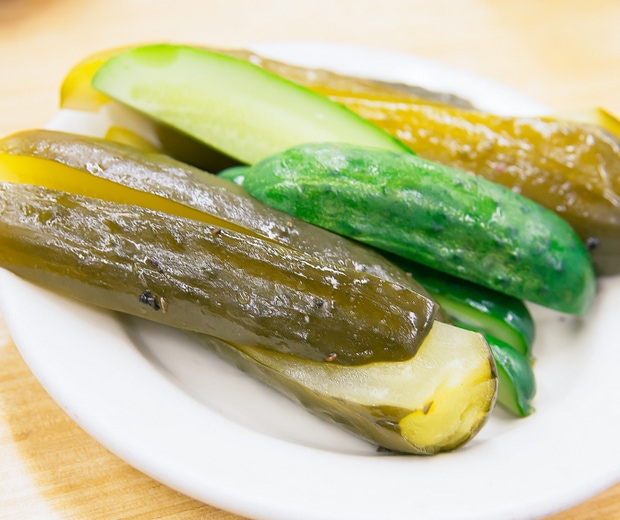 We ordered two sandwiches, thinking that one would be enough to share and we would still have some leftovers for later. But before we knew it, we’d polished off both sandwiches. 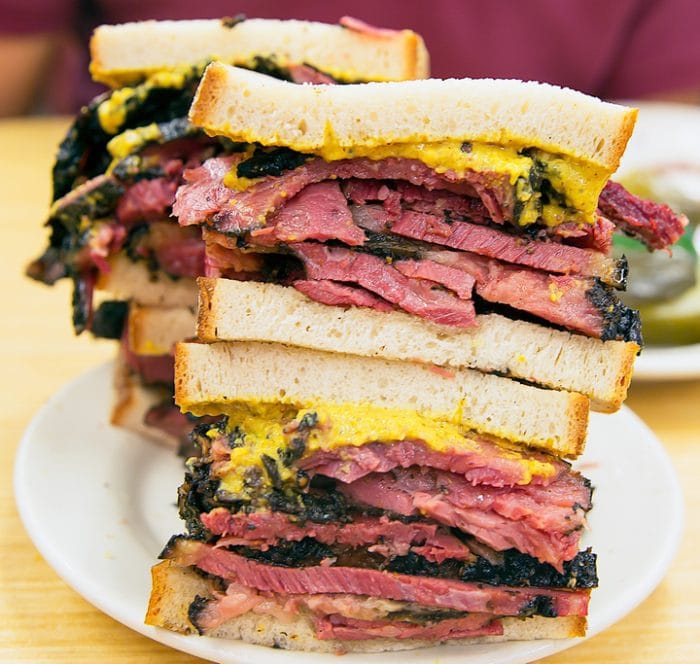 Yes, that’s right. We ate all of this. Our stomachs seem to be able to eat so much more when we’re on vacation.

Saddened by the thought that we wouldn’t have any leftovers, we ended up getting back in line to order one to-go. I was hoping to go to another station so that the cutter wouldn’t recognize us, but of course the one with the shortest line was the same station we had originally ordered from.

The cutter didn’t say much, but did ask us where we were from and then nodded with an amused smile when we told him, as if that explained why these two crazy people were back in line already.

Overall, Katz’s Deli did not disappoint.  They still make the best pastrami sandwiches I’ve ever eaten and if you’re visiting NYC, I definitely recommend giving them a try.