Whenever I make roadtrips to Monterey Park, one of my "must-stop" placed is Kee Wah Bakery.  I enjoy the pineapple bread here and the sponge cakes.  But most of all, I enjoy the egg tarts.  The egg tarts here are huge, the biggest I've seen sold at any bakery. And they use a crust that I rarely find anymore.  It'not the flaky crust usually found at dim sum places or the super sweet cookie crust.  It is more like a pie/tart shell crust that is only the tiniest bit sweet.This is my favorite crust for an egg tart, and the kind I used to be able to find easily, but now rarely see.

I have known for a while that Kee Wah has a location in Milpitas.  Whenver I am back home at my parents, I have looked for it when we go out to eat in Milpitas but never made it a priority.  However, on my last trip home, I had a very strong craving for egg tarts.  Since we were in Milpitas eating lunch, I decided to look up the address for Kee Wah.  It ended up being in a plaza we frequent for meals when in Milpitas, but the sign was very small and it was on a side of the plaza I haven't been to before.

One step inside, and I was filled with the smell of sweet chinese breads. 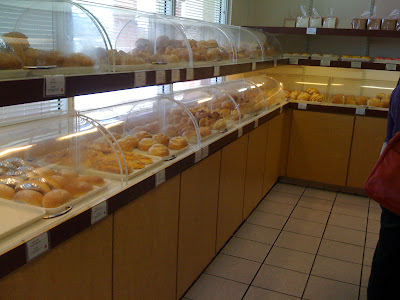 The pineapple breads here are still the older, traditional ones that now are usually labeled "Hong Kong" style.  They have the crusty cookie layer on top of the bread. 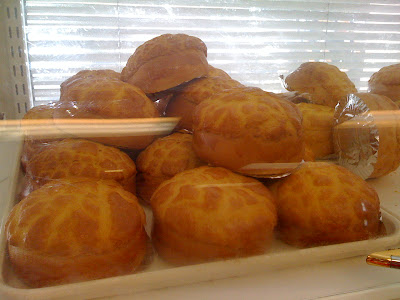 I spent a couple of minutes browsing the small shop to check out the breads the had.  I wasn't very hungry for breads though. And I didn't want to buy these because even though they looked so tasty, I knew I wouldn't have time to eat them until the next day, when they likely would not taste as good.  Plus I was planning on visiting 85C in a week.  You can find my post on 85C here. I was really only here for the egg tarts.

When I got to the counter to see the egg tarts, I was immediately a bit disappointed.  These egg tarts were the size of standard bakery egg tarts, not the oversize ones I am accustomed to from the Monterey store.  I decided to buy a few anyway to try them out. 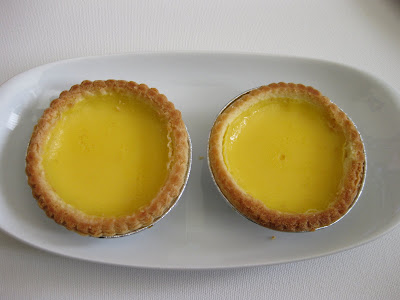 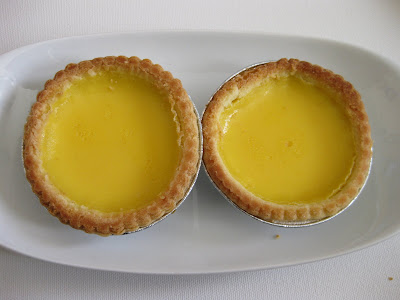 Unfortunately, not only are the egg tarts here smaller, but they don't taste as good as the ones in Monterey.  The filling was alright, but the crust was the main problem.  The crust here was more like a pie shell.  I like the one that is in-between a pie and a tart in terms of texture, with a pie shell being a bitter softer and a tart shell being a bit more like a cookie.  This crust was soft and very buttery flavored.  It didn't go well with the egg custard at all.  It was too bad.  I was excited at the idea of being able to stop by this bakery whenever I'm in the area, which is quite often when I go home because this plaza has lots of restaurants, along with one of the Fantasia locations.

Here are some more pictures of the breads and pastries: