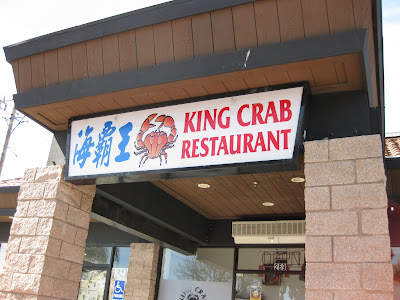 On my recent trip home, my family went to check out King Crab restaurant which is celebrating it’s ten year anniversary.  In honor of its anniversary, it was offering a lot of seafood dishes at very reasonable/cheap prices. 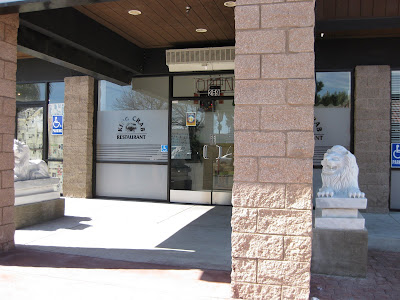 In fact, even the entrance to the bathroom had  a frosted door: 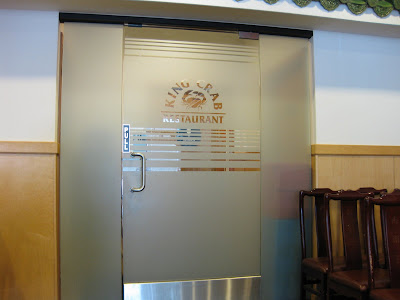 The restaurant is fairly big.  We got there pretty late in the day, so there wasn’t much of a crowd.  It resulted in really great service.  Some of the best service I’ve had at a chinese restaurant.  They even changed our plates several times.

First, we started off with a healthy soup. 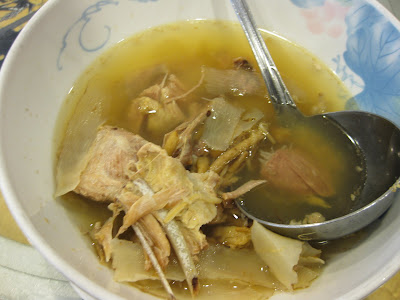 The soup had already been divided up before I could take a picture.  However, here you can see the insides of the soup. It’s a chicken soup with a lot of different chinese herbal items like ginseng.  The ginseng gives the soup a bitter taste, but I don’t mind drinking it as I know it’s good for your health and immune system.

Next came a steamed chicken with ginger and onion.  The chicken was tender and had subtle flavoring. 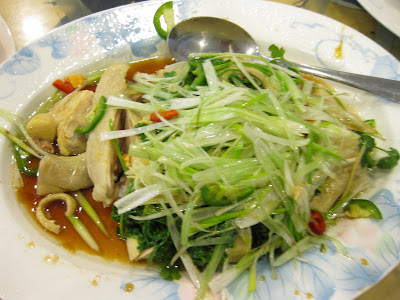 Next, we had chinese broccoli with geoduck clam.  This was one of my favorite dishes.  It was made with a slightly spicy sauce.  The clam was chewy and tasted fresh.  Often when I have this dish, it doesn’t have much flavor.  The spicy sauce really helped bring out the taste of the clam. 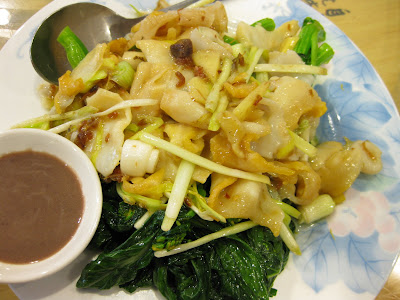 Next we have a deep fried flounder.  The flounder was slightly ont he small side compared to some of the deep fried flounders I’ve had at other chinese restaurants, but it tasted good.  It was fried enough that you could eat the little bones on the sides. 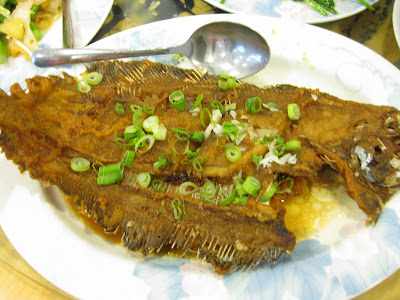 Next we had a sauteed chinese green vegetable, snow pea shoots (dou miao).  Taste-wise this dish was pretty simple.  It seemed to just be stir-fried with salt and oil  It didn’t really stand out. 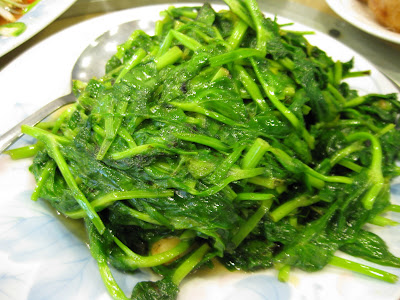 Next we had a clam dish.  The soup/sauce base was sour and spicy, a little bit like a Thai tom yum soup.  The flavor of the broth didn’t really get into the clams.  They tasted kind of bland. 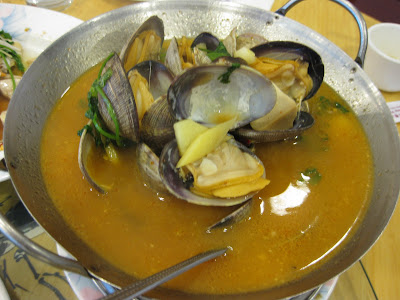 Next we had lobster lo-mein.  One of the favorites of my meal. The lobster was fresh and cooked with a ginger-type sauce.  It was a pretty large lobster, more than 1lb.  Can you believe this dish was only $9.99?  Buying a live lobster costs more than $9.99/lb at the grocery store. 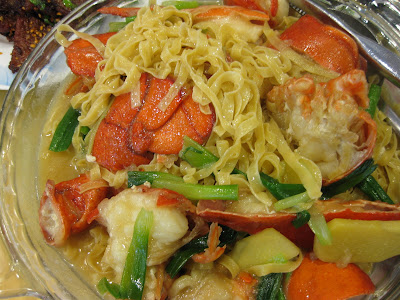 Next we had a beef short rib with fried garlic sauce.  Nothing special about this dish for me, though I liked that there was a lot of meat on the bones rather than just a lot of fat. 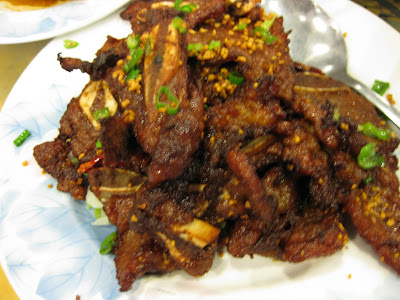 Next we had a crab with ginger sauce.  The crabs were a bit on the small side, but the flavor was pretty good. 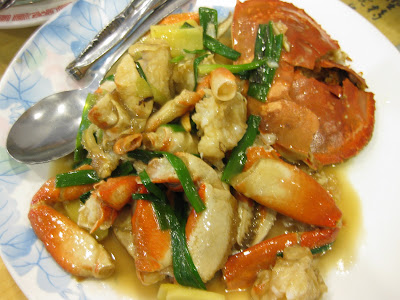 Finally, we had fresh abalone! I haven’t had fresh abalone before.  It came in these beautiful shells and were cookied simply with some garlic.  They cost $6 each which my mom said was a really good deal because it costs about $6 each at the grocery store.  The fresh abalone is extremely tough and chewy.  Abalone I’ve had from the can is already pretty chewy, but this was a whole new level of chewy.  it was pretty hard to cut the abalone.  I like chewy things though, so I didn’t mind the texture.  I enjoyed the fresh abalone. 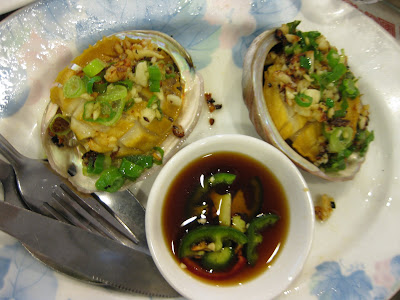 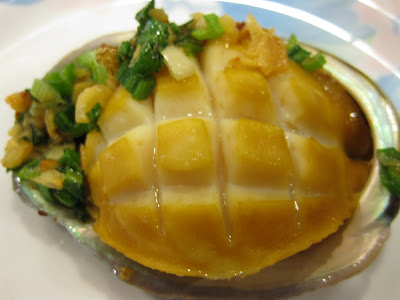 For dessert, we were given a small piece of coffee flavored tofu pudding.  Basically, like almond tofu except coffee flavored.  I thought this was a bit small for dessert and wished for something bigger, like a bowl of red bean soup. Oh well. 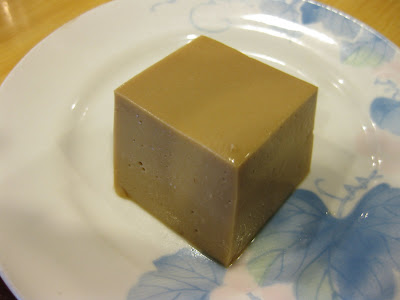