As many of you know, one of my obsessions is trying out as many different flavors of Kit Kat chocolates as possible. In Japan, there are nearly a hundred different flavors, with more new variations being produced every year.

I recently tried a few which I wanted to document before I forget. I’ve now tried more than 30 different ones.

One of the sweetest bloggers, Kay of Never Turn Down a Cupcake, was generous enough to share her recent stash from Japan. I also found a couple more at my local Japanese grocery stores in San Diego. 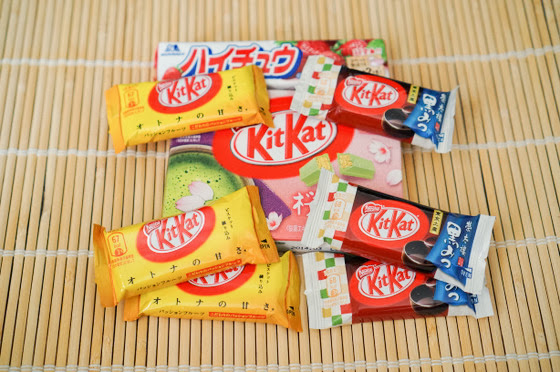 I’ve tried molasses and sakura once before, but it was really fun to revisit them. I love the sakura packaging. They sold it last year at the Japanese markets in San Diego, but I haven’t seen any this year. The kuromitsu I haven’t seen in the US, only in Japan.

About a month later, I was at Nijiya and spotted passion fruit. Every once in a while, some of the new Japanese flavors will reach the US and I was really excited to see this was one of them. So of course I had to get a bag. 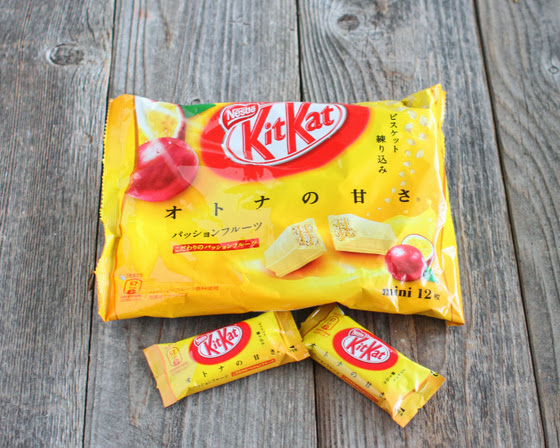 I also found strawberry at both Nijiya and H Mart,. There’s been quite a few strawberry variations, but I hadn’t yet tried this specific one. 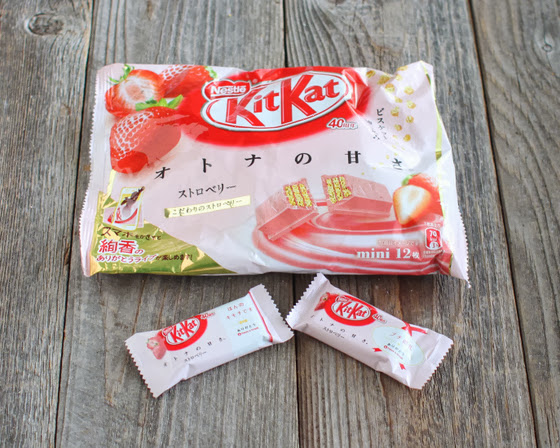 The strawberry one was surprisingly tart. It had little pockets of sour crystals and I didn’t quite love this one as much, but it was fun to try.

My other Kit Kat adventures can be found here, here, here and here.

Hope everyone is having a great weekend!