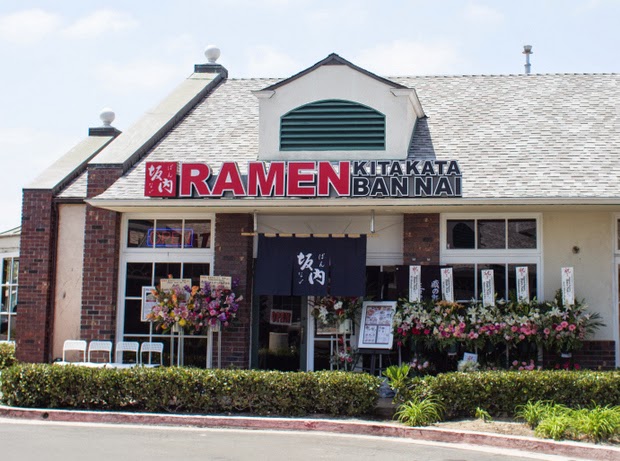 Kitakata Ramen Ban Nai, a chain originally from Japan, recently opened a location in Costa Mesa. While visiting friends over the weekend, we went to try out this new spot. 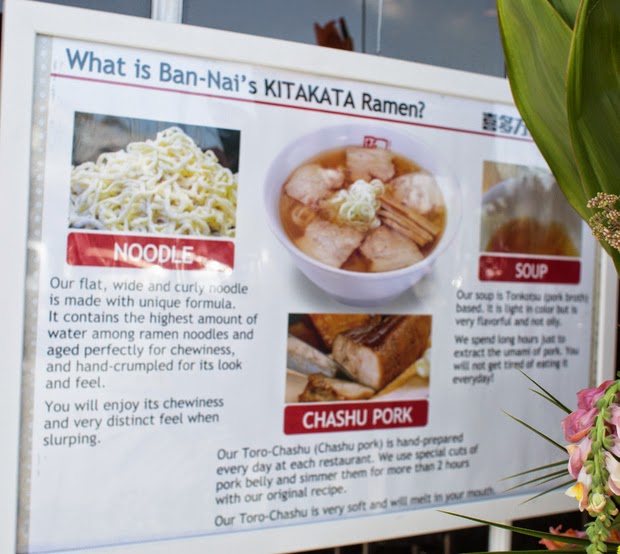 There are three things that they highlight about what makes their ramen special: the handmade noodles, the lighter broth, and their “toro-chashu” that apparently melts in your mouth. You can also find more details about their process and history on their website. 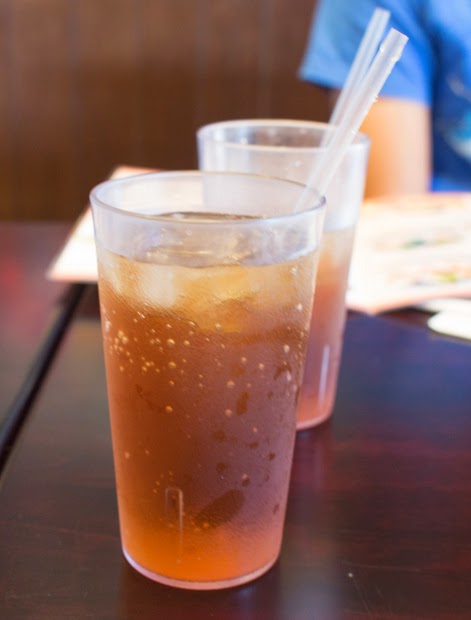 They serve a complimentary cold wheat tea, which we all got. 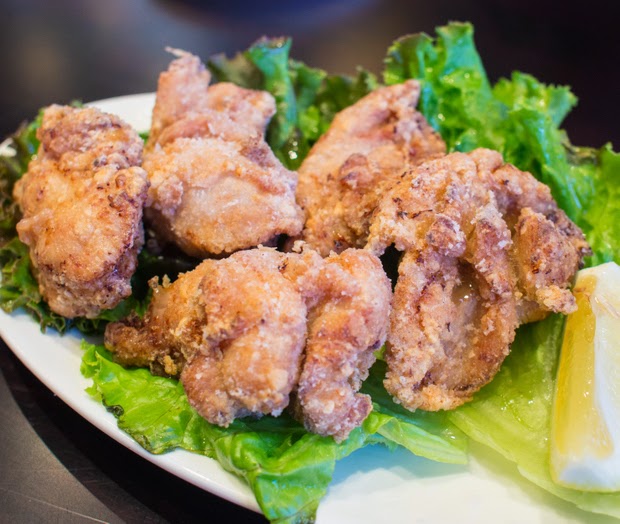 We started out with this appetizer. The batter is lighter than most versions of Japanese karaage I’ve had, but I actually quite enjoyed it. The chicken pieces did stay moist and juicy. 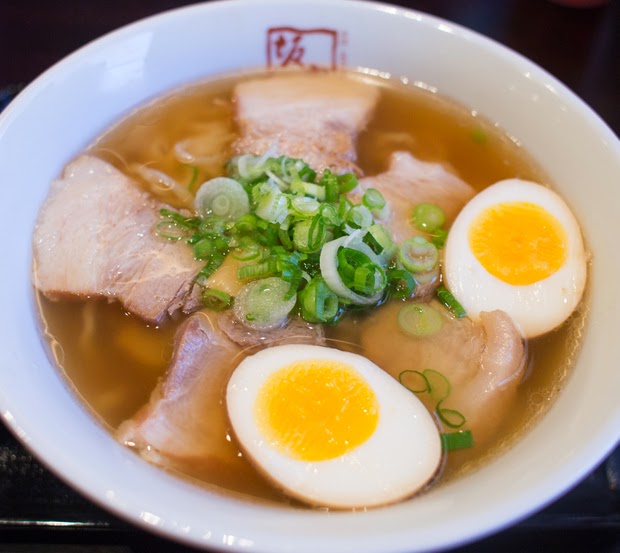 This was my order. I added the seasoned egg for $1 more, though next time I’ll probably skip it. I prefer a very creamy yolk, but this one was cooked a little too much for my liking.

Now, breaking down the big three characteristics they highlight:

Broth: The broth is noticeably less oily than other styles of broth made from hours of stewing pork bones. I did miss the heartier pork bone flavor and I also found it quite salty once the broth started to cool.

Noodles: My favorite part was the noodles. They are hand crumpled noodles are slightly wider and curlier than most ramen noodles. The wider surface area and wavy shape seems to pick up the broth better and the slight bouncy texture is such a pleasure. These were some of the best ramen noodles I’ve tasted to date. 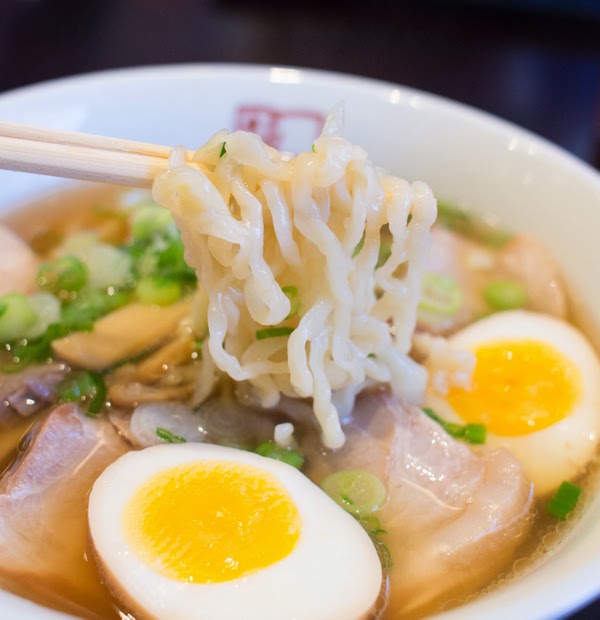 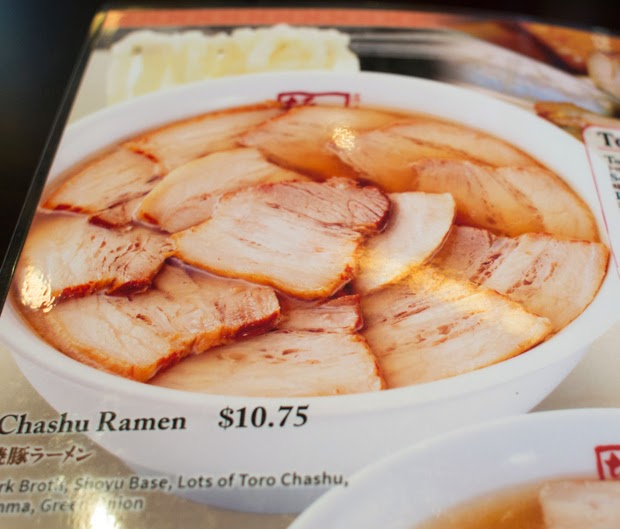 Mr. K chose this one after seeing this picture from the menu which had the entire bowl covered. To our great delight, his came out just like the picture. There are noodles hidden underneath, though Mr. K actually wished he had more noodles. 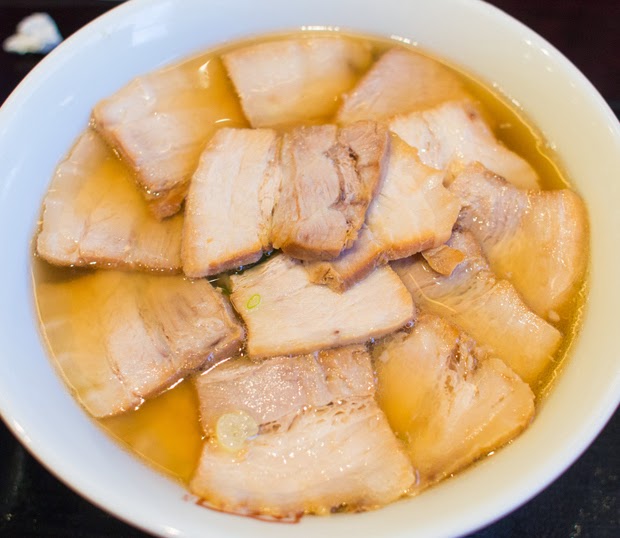 One of my friends got the same order as me. My other friend got the Kitakata ramen but added the umami chili for $1 extra. He actually let me take a photo of it but while editing my photos I realized my photo is completely blurry. It was presented as a side of a chopped green chili mixture which he could then add into his ramen. He liked the chili, commenting that it had one of those slow burn sensations.

Overall, we enjoyed checking this out. While I didn’t love the broth as much, I really loved the noodles and the chashu was pretty good too. It’s worth a try if you are in the area. Tip: it’s a small shop so come early to avoid a wait.