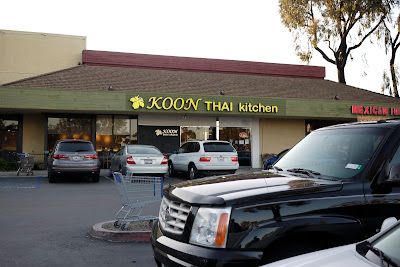 Recently Koon Thai Kitchen opened on Convoy Street in the same plaza as Nijiya market, and taking over the location formerly held by Curry House.

I have found it remarkable how quick the turnaround is for restaurants in this plaza. For most restaurants, I see a sign that it will be opening soon, and then have to wait months and months before it finally opens. But in this plaza, it seems that as soon as I see the sign for the new restaurant, it opens within the same month.

First, I want to make clear, I don’t have a lot of experience with Thai food. I didn’t eat it growing up. The first time I had Thai food was after I moved to San Diego for college. I’ve heard that in general, San Diego does not have very good Thai food options. Even with my limited experience, I’ve felt the same from the places I have tried. So I was a little apprehensive about checking out Koon Thai. 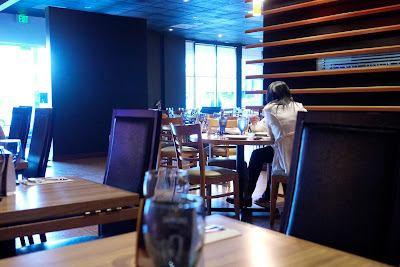 The walls inside Koon Thai are mostly black. I did like the signs with Thai writing. As a side note, I had no idea what Thai characters looked like until recently. I actually learned what they looked like because a Thai blogger had linked one of my posts to his site. I was curious as to where the traffic was coming from and when his page loaded, I was completely confused. I told FH, “this blogger seems to be writing in Egyptian hieroglyphics.”  On a whim, I showed the site to my brother. Since my brother’s best friend is Thai, he immediately recognized the characters. 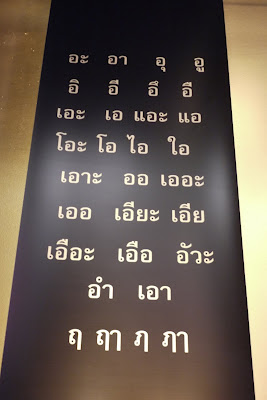 The restaurant has been split into two dining spaces, making it appear smaller than it is. As I perused the menu, I got a little more excited about the place. I liked seeing more than the usual popular “Americanized” Thai dishes on the menu. (Not that I don’t like the Americanized dishes. We order pad thai, thai fried rice, etc every time.)

We tried to mix it up, ordering foods we were familiar with and ones we weren’t. 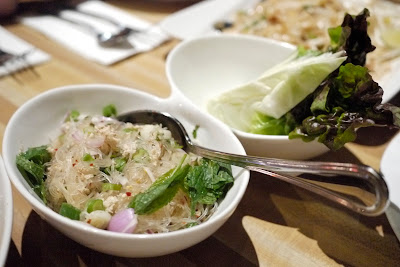 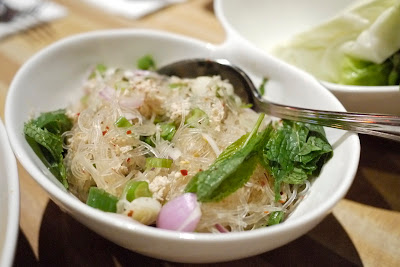 I really liked this dish. I loved all the flavors and the spiciness. It was served with some lettuce and cabbage leaves. I wish they had given us more lettuce leaves. I also wish they gave bigger chunks of cabbage because the wedge of cabbage we were given was very narrow. 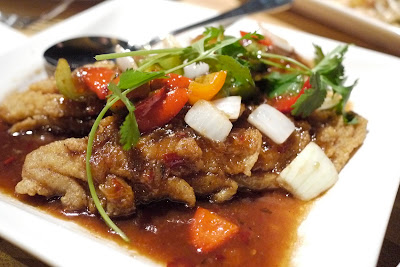 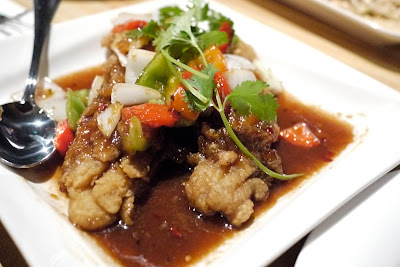 I’ve tried this dish somewhere else before, and it tasted similar. I’m not sure if this is how it is supposed to taste, but I liked it. When I read the description, it reminded me of a chinese dish: “porcupine fish” which is also a fish dish that is fried and served with sweet and sour sauce. The fish is made to look like a porcupine. It seemed like the two large fish fillets we were served here were also cut to resemble porcupines. 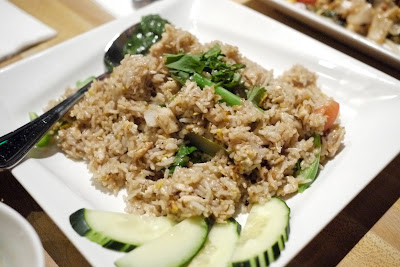 I was a little disappointed with the quantity. Usually fried rice dishes are much bigger since rice is a cheap ingredient. 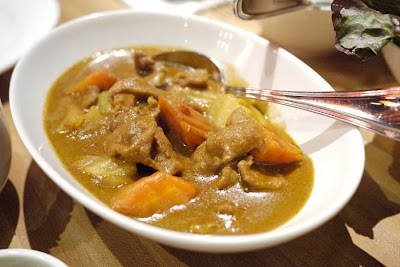 I’ve never had this curry before. I was surprised that it looked a lot like chinese and japanese curry. 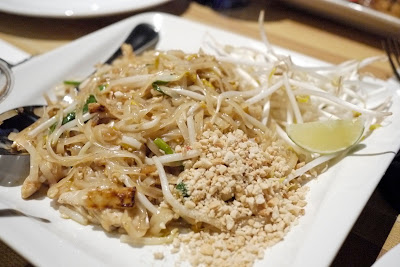 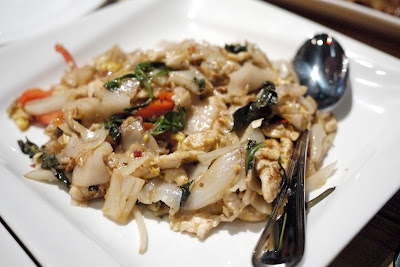 I enjoyed this dish. The noodles were still a little chewy and I liked the use of fresh chili and basil.

For dessert. we had a mango sticky rice. I liked the generous amount of mango slices we were given. The mango was sweet, the sweet sticky rice was good too. 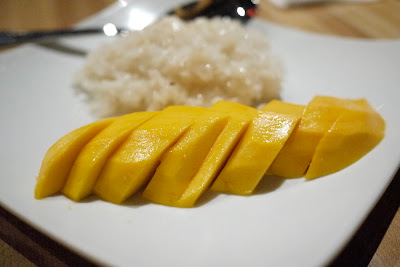 Overall, we liked the food here. My biggest criticism was that I thought the portions were a little too small.  While probably not as authentic as some place like Sab-E-Lee, I think it is better than a lot of the other Thai places we’ve visited in San Diego.

The restaurant also offers some lunch specials which are available Monday through Saturday. I will have to come back to check out the lunch specials.