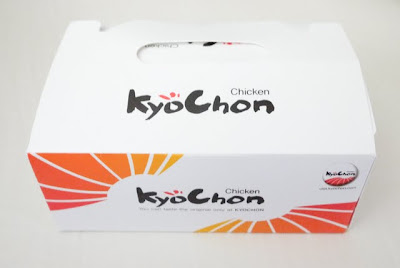 Over the long weekend, we made an impromptu trip to Kyochon in Cerritos, which is the closest one to San Diego. I know I previously posted about Kyochon, but since we tried more items this time and went to a different location, I thought an updated post would be nice.

Wings were on our mind over the weekend and the only wings we could think of having were Kyochon wings.

I know it sounds crazy that we drove so far for wings. We actually did some other eats along the way, so it wasn’t a completely crazy idea. 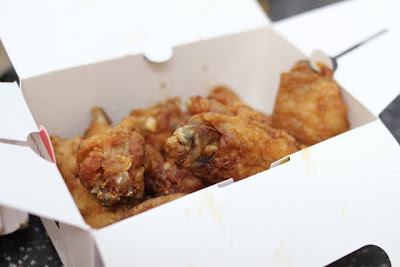 Kyochon is a famous chain that sells korean fried chicken. The wings are extremely crispy because they are fried twice, which eliminates the fat chunks attached to the skin.

Not only are the wings extremely crispy, but the marinated sauce has a great flavor. Their signature flavor is the soy garlic wings. The smell is strong enough that when we left the wings in the car, we could smell them even as we approached the car. 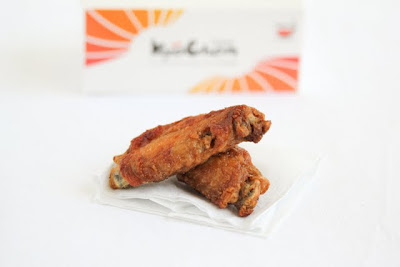 The one in Cerritos is actually located in the Cerritos mall food court. I thought it was an odd spot and was a little apprehensive that the quality wouldn’t be as good. When we approached, there were wings and chicken tenders available for sampling. Considering the wings cost almost a dollar a piece, giving a whole wing as a sample was pretty generous.

There were no plates even though we chose to dine in at the mall. Instead, we were given open little boxes, making picture taking a little hard. 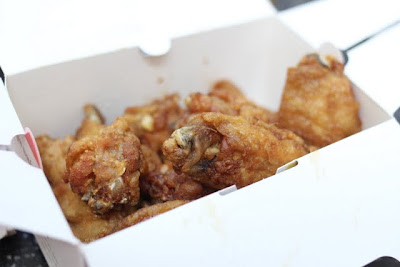 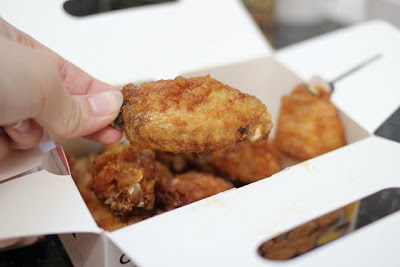 They were as good as we remembered. Thin, translucent crispy, with a strong garlic soy flavor. 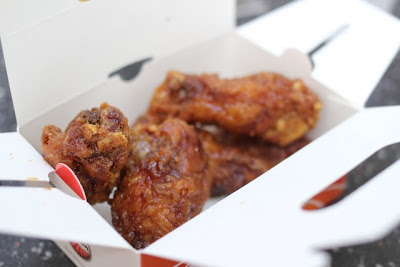 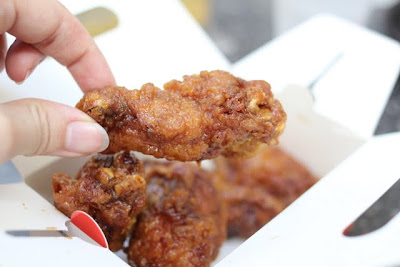 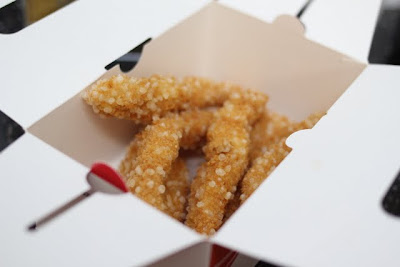 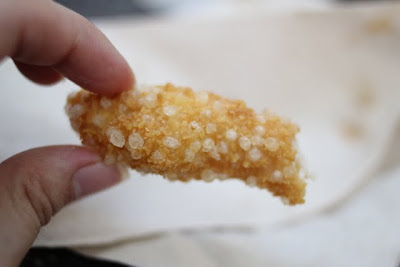 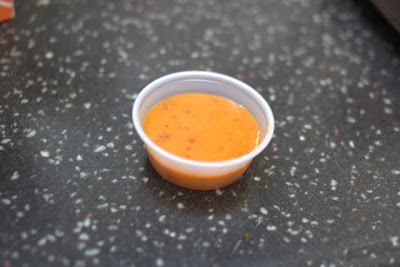 Kyochon also offers some healthier options like grilled wings, but we didn’t try any.

After we had our fill of wings, we decided to take some home to go for our bbq the next day.

One of the things I really liked about this location was that the staff was super friendly. When we placed our order, the lady pointed out that if we did the catering order instead (starting at 50 pieces), it was actually cheaper than us placing our individual order for 40 pieces.  The other thing I liked was that this mall court option was a lot less crowded compared to when we dined at the one in Korea town.

One of our fears was that the wings would not hold up as well for the bbq. Indeed, the next day the wings were no longer crispy. But after putting them in the toaster oven, they got crispy again, though of course they weren’t as good as fresh fried wings. They were still better than any other wing offerings though.