After trying out Nothing Bundt Cakes last weekend, I had to stop by Lapperts Ice Cream, which is located in the same plaza.  You can read my previous posts on Lapperts here and here.

Whenever I go to Lapperts, I have been informed by the staff that Lapperts is a chain of ice cream stores that exist mainly in Hawaii and is one of the biggest in Hawaii, with a few locations in other parts of the US.  And that the ice cream at the San Diego location comes directly from Hawaii.  I've been informed by someone at Lapperts Hawaii (a separate chain), that they are the only ones that exist in Hawaii and that Lapperts Ice cream is based in Richmond, CA.  I'm not really sure what is going on.  I checked out both websites which only confused me more.  But I did also learn there appears to be some legal litigation/dispute between the two companies.

Lapperts has a variety of "Hawaii" flavors you won't normally find elsewhere.  Normally, I get the macadamia nut with vanilla ice cream or the toasted coconut ice cream.  But this time, I wanted to try some of their other flavors.

I ended up trying the lychee, coconut, and guava cheesecake.  Each of the three ice creams used an ice cream based which was very fluffy and delicious.  A very different base from their vanilla, macadmia nut, kona coffee and other Hawaii flavor variations.  I'm not sure how they got the ice cream to be so fluffy.  It almost seemed like it was whipped.  The lychee had real pieces of lychee in it.  I didn't have a picture because I got a scoop of half lychee and half guava cheesecake and the lychee is on the bottom. 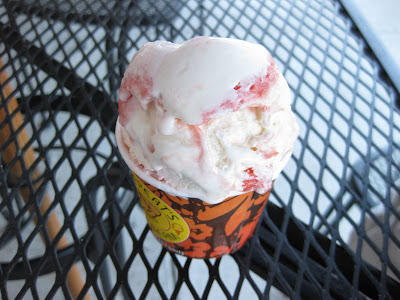 Of course, I also had to get the Dole Whip.  I never can seem to get a good picture of it.  They always stick a spoon in the top before I can say anything, and so that ruins the top of the swirl.  Plus it was so hot in Poway that it melted pretty fast. 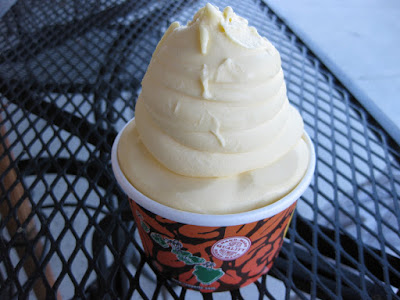 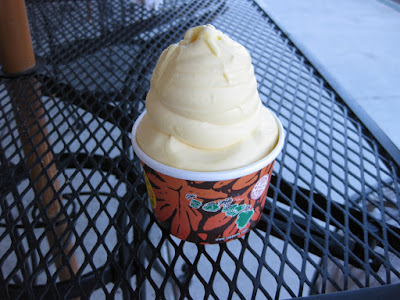 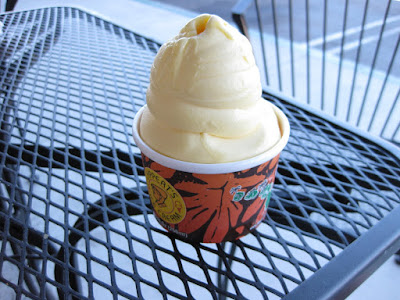 The Dole Whip is a pineapple sorbet that supposedly doesn't add any other sugar or other ingredients.  Made of pure dehydrated pineapples, creating a healthy treat.  It definitely tastes richer in pineapple flavor compared to other pineapple sorbets I have had.  This is the same Dole Whip that you can get at Disneyland.  Yum!

When I got home, I opened up my pint to take some better pictures of the guava cheesecake. 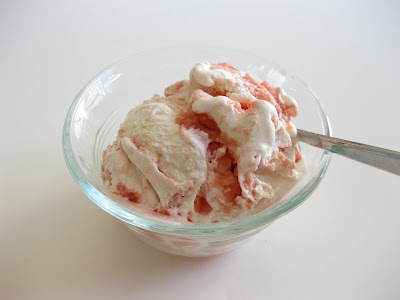 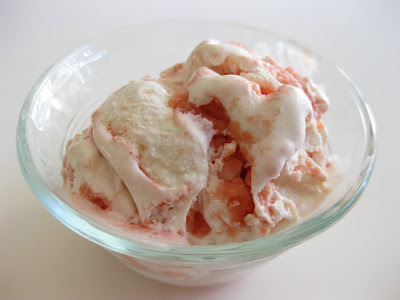 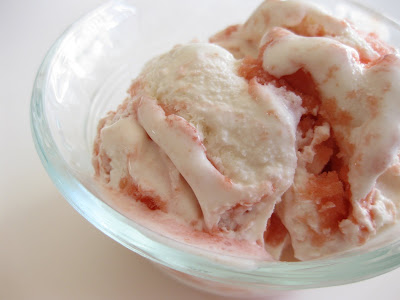 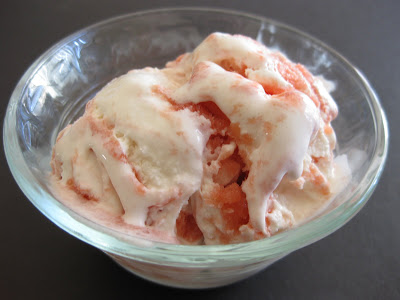