A few weeks ago, I wrote about tasting the hand pulled noodles and beef noodle soup at Mama Liang’s House, a small popular chain  in LA and the  Bay Area that is known for its beef noodle soup, beef pancake rolls, and Juan cuisine.  You can read more about Juan cuisine in my previous post.

When I tried their new location in the Bay Area, I left feeling satisfied but not overly impressed. However, after a few weeks of sitting around in San Diego, which is sadly devoid of hand pulled noodles and good beef noodle soup, I was craving Mama Liang’s hand pulled noodles like crazy.

So when we had some errands to run in Costa Mesa, I made plans to check out the Mama Liang’s in Irvine, called Liang’s Cuisine. To my surprise, when I looked it up, the reviews were mixed, whereas the one in the Bay Area had rave reviews.

It was cold and rainy when we arrived so I forgot take a picture of the front.  This location was a tiny hole in the wall spot, which I also found surprising. We immediately spotted it though because despite the plaza being full of restaurants, it was the only one with a crowd outside waiting.

Luckily, we were able to get a table right away. A steaming bowl of beef noodle soup sounded perfect in the cold weather. BF decided to try something different and went with the beef dry noodles. We also ordered some spicy wontons.

One thing I noticed on this occasion is that there are a lot more dishes offered on the order sheet than are listed on the menu. I was afraid of trying one of the dishes on the order list though, thinking it likely isn’t very good if it’s not on the menu.

Our food arrived much more quickly than at the other location. The noodles were wide, thick and chewy like I remembered them. The broth though, was a lot saltier compared to the other place we had visited. 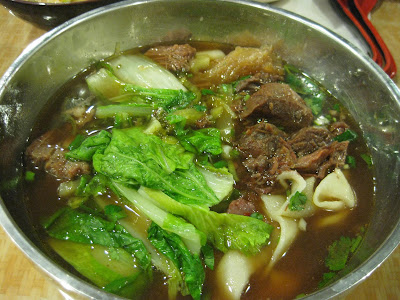 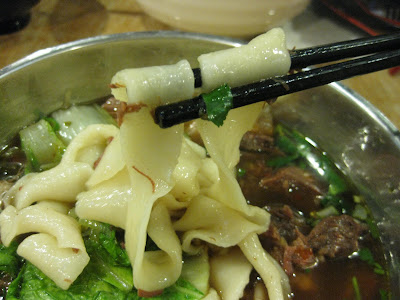 BF’s dry noodles were served with marinated beef slices. He thought the sauce was really really salty and he could barely eat it. 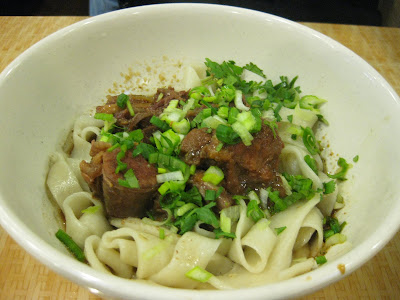 The spicy wontons were just okay in my opinion. Nothing special. 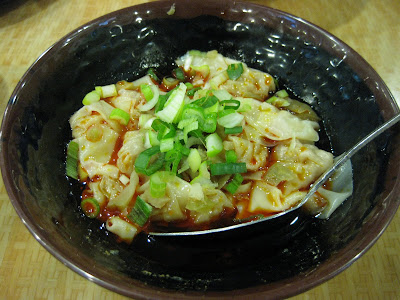 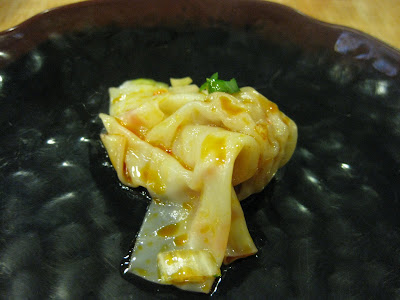 I was surprised at how different this location was. Overall, the food was too salty and I don’t think we will be back. I did think the servers were really nice and friendly though.

There was one amusing incident. At a lot of these small shops, the assumption is always that you speak chinese and so they will speak chinese to you when you walk in and only switch to English if it becomes apparent you don’t speak chinese. I’ve always thought it was amusing that they even speak chinese to BF. Usually it’s not an issue since I do all of the ordering.

On this particular night, while we were waiting for our food, BF had his sketch pad out and was sketching away. When the waitress came to give us our food she spotted the drawing pad and asked to see it, except she said it in chinese. Before I could translate, BF got the gist of her request and handed over his sketchbook. Since he had responded, she then began continuing to carry a conversation with him in chinese. To my great amazement/amusement, he seemed to be able to guess what she was saying by her gestures and he would respond in English and they carried on like that for quite a while before she finally switched to talking to him in English.

It was definitely the best part of the dinner experience. I’m disappointed that the food at this location is not as good as some of the others. Hopefully things will improve.