Little Caesars recently debuted a Soft Pretzel Crust Pepperoni Pizza. I usually see a lot of advertisements before these new items come out, but I surprisingly didn’t hear anything about this one until I started seeing reviews. 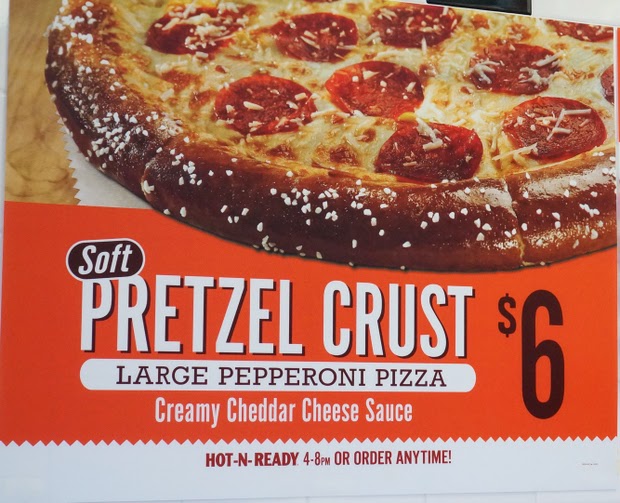 The reviews I read were pretty positive and at only $6 a pie, I thought it was worth a try. 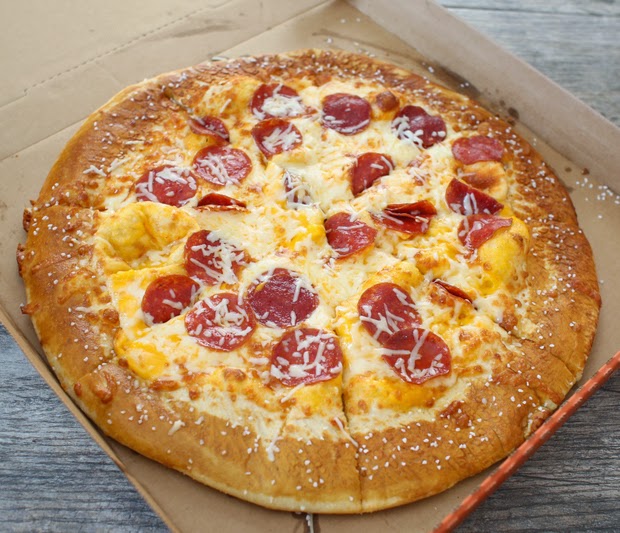 When I first opened my box, I was disappointed in the appearance. With a quick glance, it does look like a soft pretzel crust, but it was quite flat, with the crust edges barely rising above the rest of the pizza. I imagined something puffier. 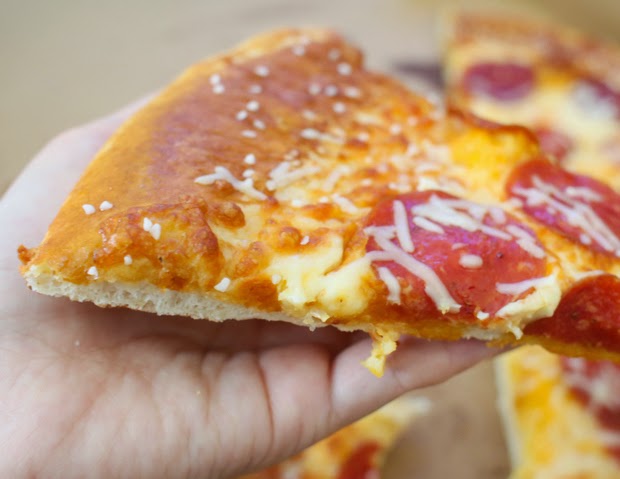 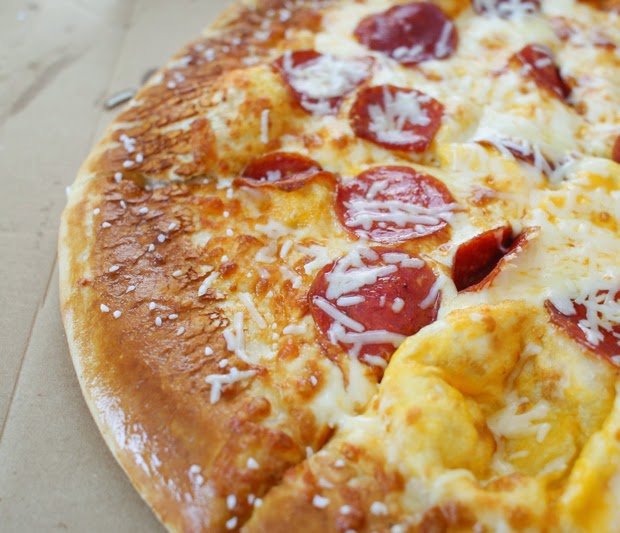 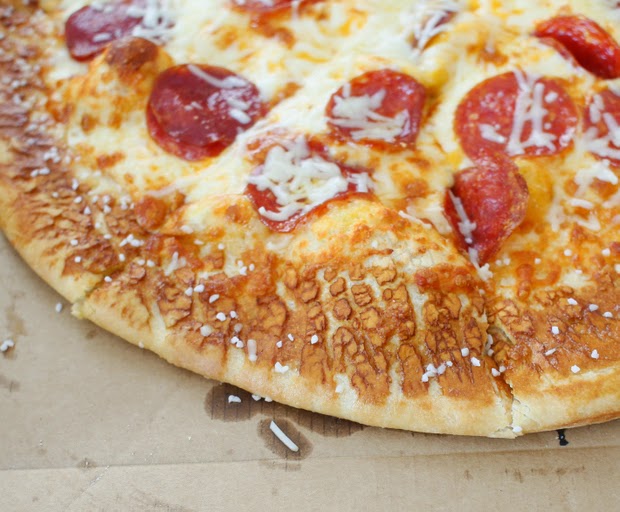 When you bite in, you get the flavors of Little Caesar’s regular pepperoni pizza, except that they’ve added a layer of cheddar cheese. I actually thought this was quite clever, since soft pretzels are often dipped in a nacho cheese sauce. 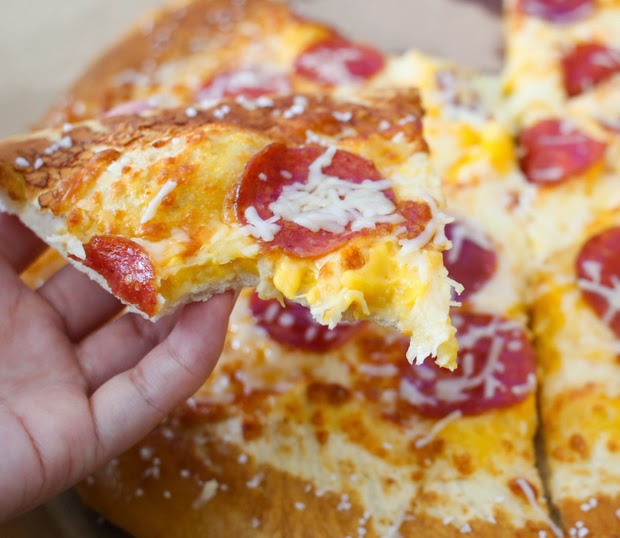 When I got to the crust, I found that it did indeed taste like a soft pretzel, despite its flat appearance. I even tasted it without the salt crystals and it still tasted like soft pretzel.

Overall, while the initial appearance of the pizza had me worried, I actually felt like Little Caesars did a pretty good job on delivering on their product. I’ve been pretty disappointed with a lot of the new promotions this year by fast food chains but this actually tasted like advertised. That being said, I still prefer their regular pepperoni pizza. But at $6, I think this is worth a try.