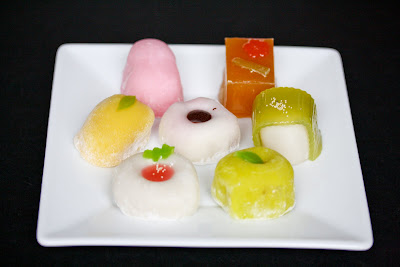 Despite numerous trips to LA in the last few years, I’ve never actually visited Little Tokyo before. It’s always been on my to-do list.  When I stumbled upon Fugetsu- a store in Little Tokyo selling fresh mochi, the need to visit Little Tokyo became immediate!  Originally, the plan was to spend the day in Little Tokyo with Boyfriend: exploring the bookstores, stuffed animal stores, restaurants, supermarkets, mochi stores.  Unfortunately, our plans got quite delayed due to some more important matters to take care of.  Those matters ended up taking most of the day…It was so late by the time we finished that it really wasn’t even worth making the trip.

But we made the trip anyway.  Because both Boyfriend and I had been really set on going.  So we went, and ended up having to make it a really quick trip.  We were able to do some brief browsing, and will definitely return to try some of the restaurants we passed.  Here is what we did have time for: 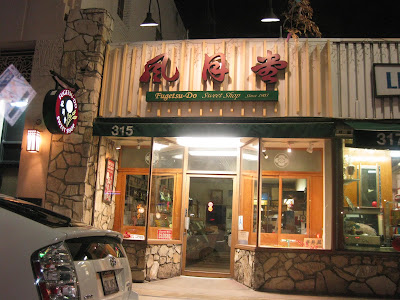 This little shop is a lot like Hogetsu.  Except they have a lot more fresh mochi offerings. In addition to fresh mochi, they also sell prepackaged mochi and some other japanese snacks.  Since I had traveled so far, I decided I needed to try almost every kind of fresh mochi offering they had.  I ended up with a lot of mochi…The fresh mochi are so beautiful! And they are available for purchase online! 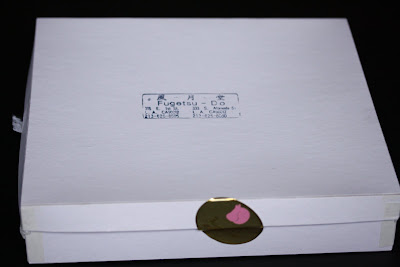 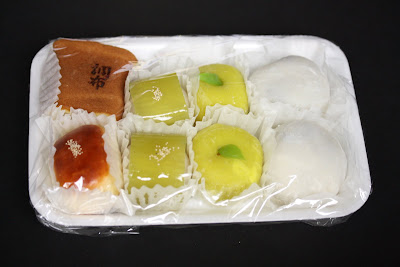 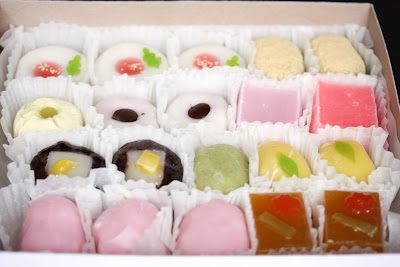 However, I think I prefer the taste of the mochi offerings at Hogetsu.  The mochi here were really sweet..the mochi dough layer was very thin and the filling was the majority of the mochi.  I like the opposite: more dough, less filling.

My favorite one is the white with pink in the middle.  It’s called “kiki” which means chrysanthemum. There is also a pink one of this. 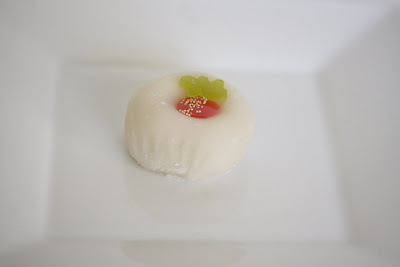 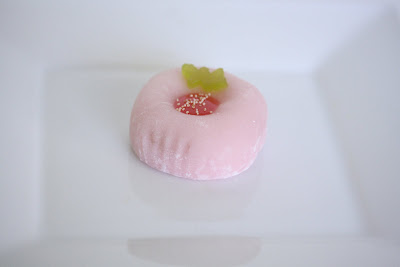 The yellow one with a leaf was mango flavored, which I liked too.  And I always like the pink mochi called “gyuhi” which have a white bean filling. 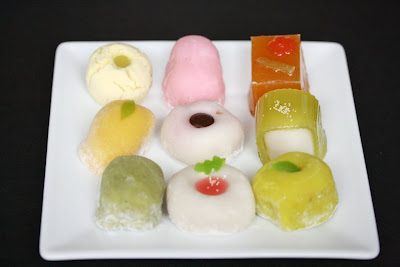 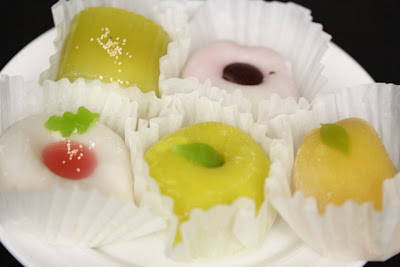 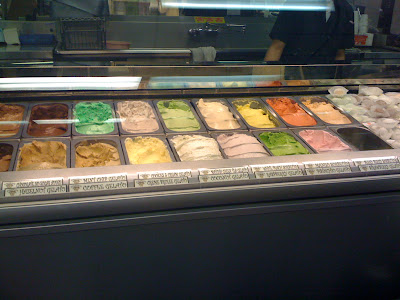 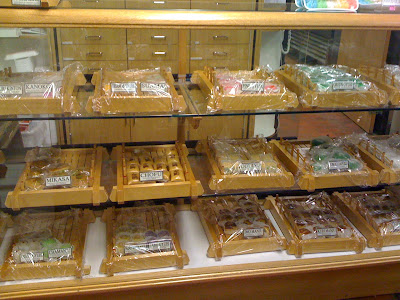 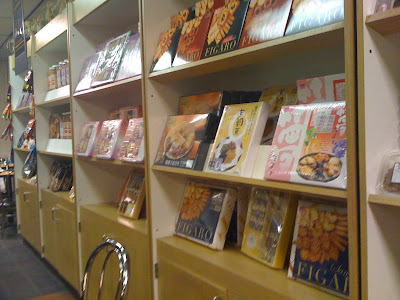 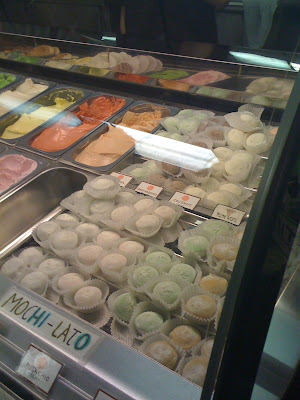 There were so many flavors to choose from for the ice cream mochi.  I chose to buy gelato ones, since I can’t usually get them in the grocery store.  Boyfriend and I sampled six: hazelnut, pistachio, green tea, coconut, plum, and toasted almond.  I was slightly disappointed.  If you really love gelato, this is not great gelato.  The consistency isn’t right.  And the ingredients aren’t real.  One of my favorite things about gelato is the use of natural ingredients, creating a very intense taste.  There was definitely a lot of artificial ingredients in these gelatos. Also the skins weren’t very chewy and I like my skins to be chewy. 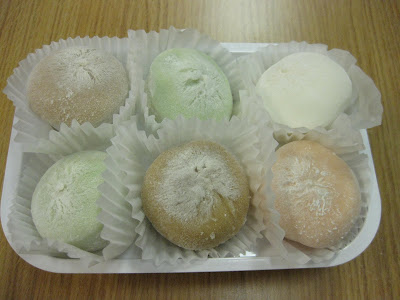 We also stopped by this shopping center, which has an hour of free parking in the lot.  There’s a supermarket, quite a few restaurants, and some dessert places like Beard Papa’s.  Outside of the supermarket, there is stand where they were making tako-yaki and tai-yaki. 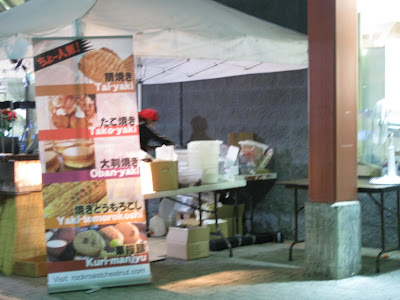 I haven’t had fresh tai-yaki ever!  I’ve only had frozen ones which I’ve reheated. So we had to get some.  I’ve always wanted one right off the grill equipment because then it is really crispy and hot.  I got a red bean one and it was piping hot. 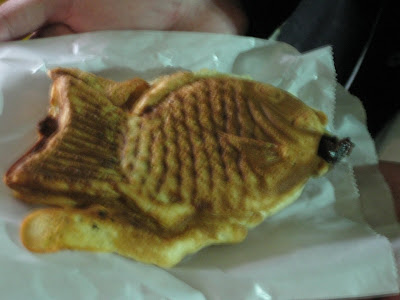 It tasted just like how I imagined.   We also got an order of tako-yaki.  They sprinkled benito flakes on top and sauce.  These were delicious.  Lots of different flavors in the bread with a large chunk of tako (octopus) in the middle.  Boyfriend liked them even though he doesn’t like octopus. 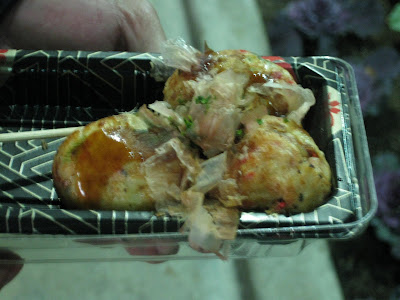