I thought I had finished blogging about my various eats in Monterey Park/San Gabriel Valley/ Rowland Heights, but apparently I left one out. After being really impressed with Mama’s Lu’s food and dumplings on my first trip, I had really been wanting to revisit and pick up some frozen dumplings. 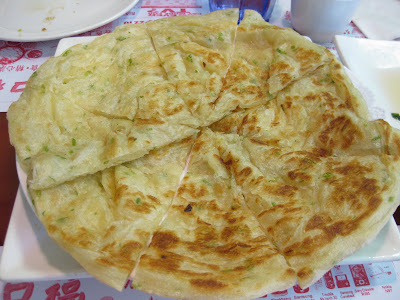 We were also given some cold appetizers to start: 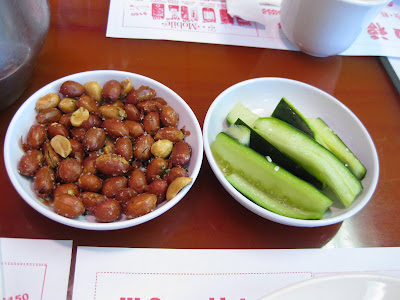 Here you can see the workers making dumplings: 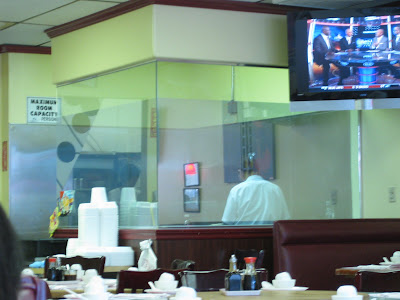 We loved the green beans last time, so we got them again. I am still surprised at how cheap this dish is it is made well.  The beans are still crispy rather than soggy. I love the addition of the little dried shrimp and the pickled carrots. 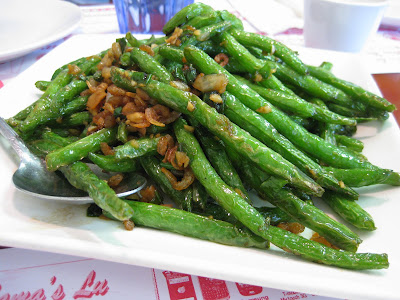 We ordered the chive pockets to see how they were and whether we wanted to bring back some frozen ones. 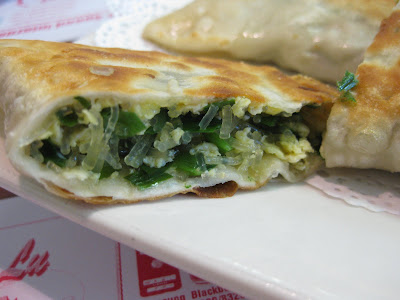 The chive pockets were pretty good. Not nearly as good as the green onion pancake, and not one of the best I’ve had, but good enough that I wanted to bring home some frozen ones rather than making my own. Unfortunately, they were out of frozen ones that day.

We ordered the pork and shrimp chive dumplings. Each dumpling had a shrimp inside. 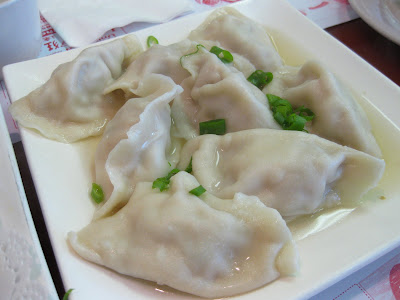 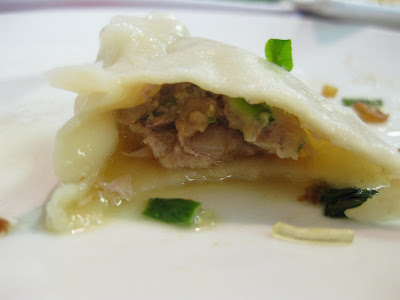 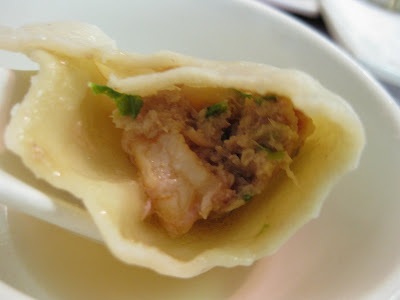 We also ordered the wonton soup. 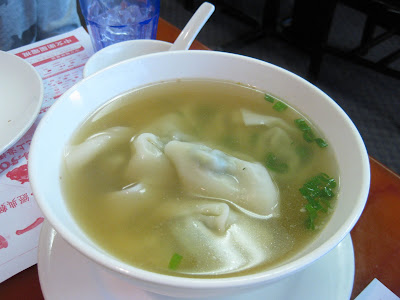 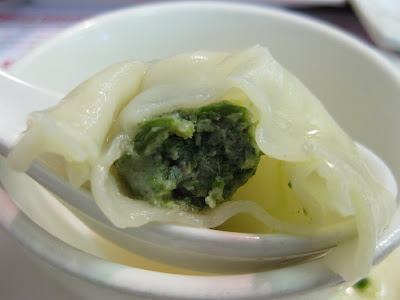 I didn’t particularly care for the vegetable used in these wontons. They have many more frozen offerings for wantons and we ended up ordering some shrimp ones.

The total bill was only about $20 something. So ridiculously cheap! We ended up spending a lot more getting frozen dumplings. The menu can also be found on my first post.